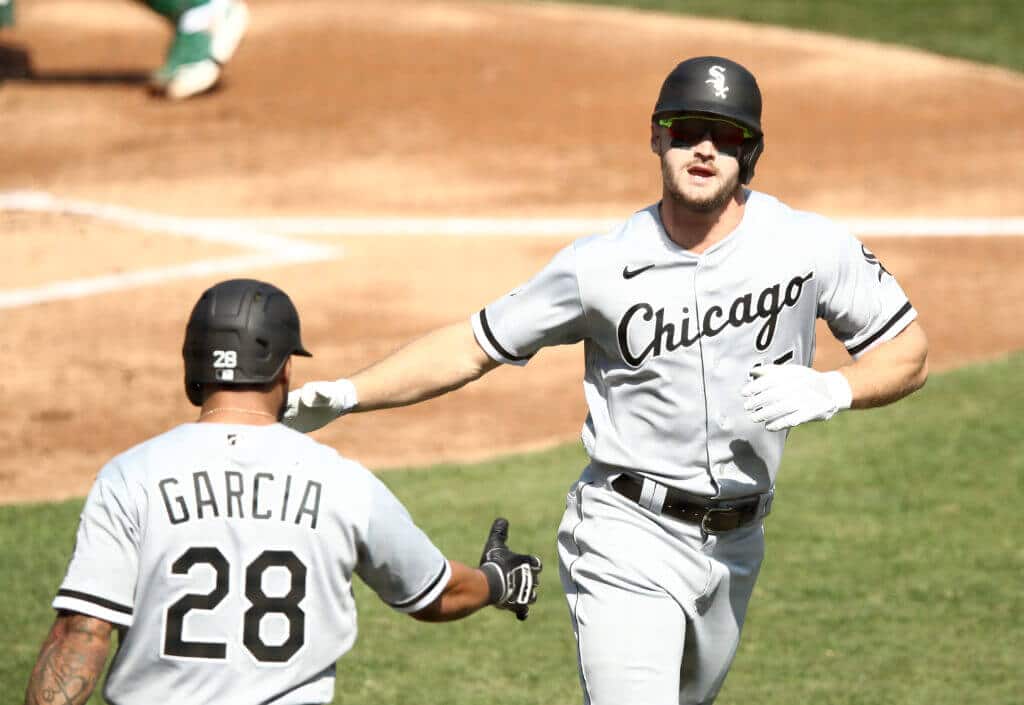 After a bad hamstring injury and a couple of setbacks during his rehab, Adam Engel has finally made his return to the White Sox.

White Sox place Billy Hamilton on the IL with a right oblique strain and in his place, Adam Engel is on the active roster for the first time all season

Adam’s return comes not a moment too soon as Billy Hamilton will be missing some time with a strained oblique.

Engel isn’t a superstar, but he definitely makes this team better. Elite defense, speed, and the ability to crush left-handed pitching will be his primary role. The White Sox could now have an outfield of Andrew Vaughn, Engel, and Jake Lamb/Adam Eaton.

It’s worth remembering that Engel was having an incredible spring training before he got hurt. Today, Engel says that he can run full speed and has his timing back on fastballs.

The only bummer is that had Hamilton not gotten hurt yesterday, the Sox could have thrown out a late-game defensive outfield that included both Engel and Hamilton: two of the fastest fielders in all of baseball.

Today, Engel will start vs. Detroit and bat 8th in between Andrew Vaughn and Nick Madrigal. The outfield is lined up from left to right as Jake Lamb, Engel, and Eaton.

If/when Luis Robert comes back later this year and assuming the team finally gets fully healthy, a late-game defensive outfield of Hamilton, Robert, and Engel would probably be the fastest in all of baseball. And maybe baseball history. Just think, we’ll get to hopefully see a lot more plays like this in the near future:

The biggest issue with Engel is that he’s only a true threat against left-handed pitching. He made a change in his approach in 2019 and the results have shown.

So it’s safe to say that offensively, he’s better than league average against left-handed pitching, and it’s easy to say that he’s way above average when it comes to defense. Say what you want about Tony La Russa’s in-game managing (and it’s been bad), but he has done a good job of putting guys in a position to succeed. Jake Lamb and Billy Hamilton’s usage and switching Yoan Moncada to the 3 hole are examples of this. If he can properly deploy Engel and put him in favorable spots and matchups, there’s no doubt that the team will receive a big boost.

Adam Engel isn’t an All-Star, but this team desperately missed him. Hopefully, the days of the “all-infield outfield” are done with. The Sox lineup against lefties just got that much deeper, and the defense will remain consistently elite in center even with Billy Hamilton heading to the 10-day IL. It will be interesting to see what happens to either Leury Garcia or Danny Mendick once Hamilton returns from the IL. My money would be on Mendick being sent back to Charlotte seeing as he still has options remaining. If they chose to roll with Mendick, they would lose Leury (although I’m sure not a lot of Sox fans would care about that too much).

Good teams can beat you in a lot of ways, and Engel can beat you with speed, defense, and very underrated power. It’s good to have him back.