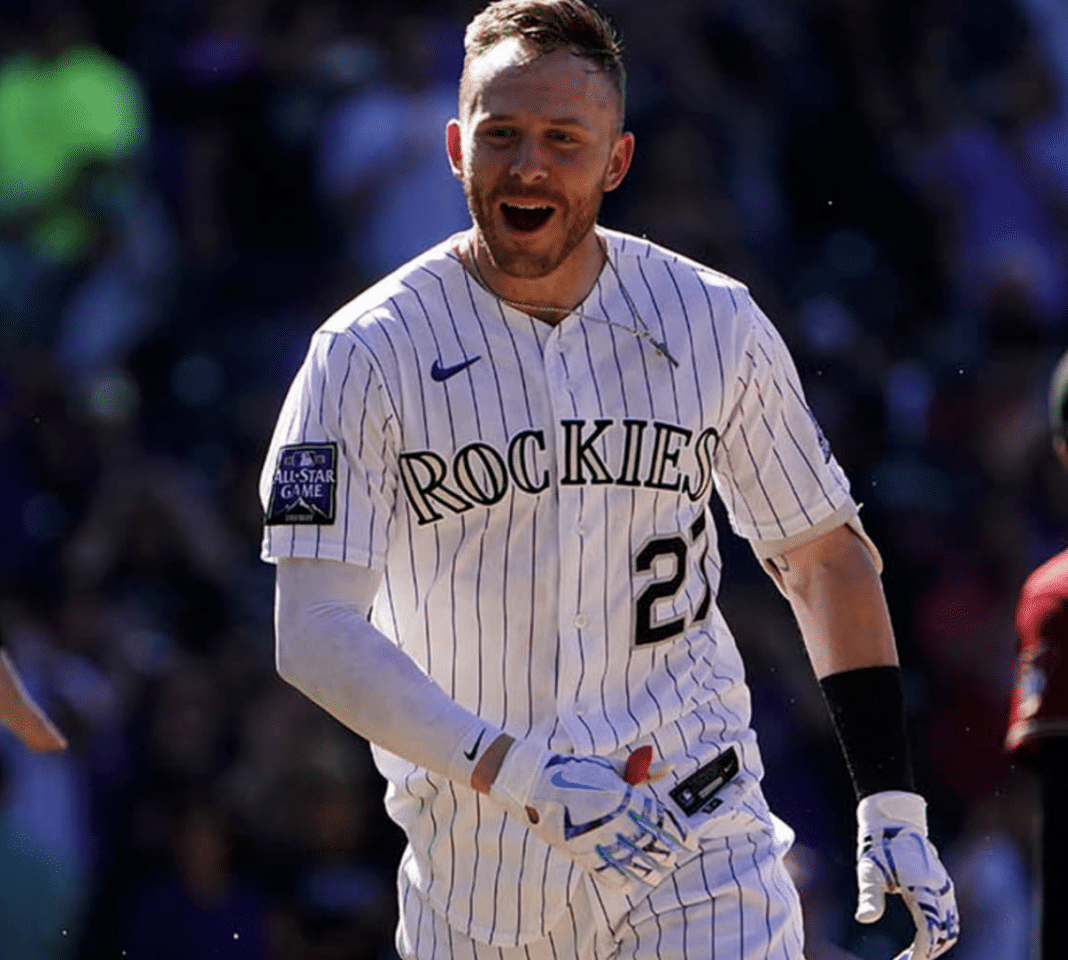 The trade deadline is fast approaching and the White Sox look to be buyers. With the team in desperate need of help to stay afloat in the battle of American League supremacy, there are lots of trade rumors and suggestions surrounding the White Sox.

ESPN’s David Schoenfield released his list of “One player all 30 teams should trade for- or away before the deadline.” After the White Sox were humiliated in Houston, he thinks they need to make a huge splash at the deadline and acquire Trevor Story.

Trevor Story is the best available infielder on the market right now. Story is telling friends that he isn’t coming back to Colorado and the Rockies have shown no interest in contending. Story has missed most of the season due to elbow inflammation. His limited playing time mixed with his desire to leave does not give the Rockies a ton of leverage. They will be obvious sellers and should be looking to deal their star shortstop.

Story only has about $5.9 million remaining on his $17.5 million salary which makes him affordable for the White Sox. He would serve as a two to three-month rental while the White Sox wait for Nick Madrigal to return next season, While he is a true shortstop he could be converted into a second baseman. The White Sox successfully converted Andrew Vaughn into a left fielder. While there may be a slight dropoff in defense from doing so, Story’s offensive production is worth it.

He is a two-time All-Star and Silver Slugger winner. He also has 139 career home runs, 400 RBIs, and a lifetime .275 batting average. Those numbers will play well in the White Sox hitter-friendly ballpark, especially with all the lineup protection Story would have. Because Story is a natural shortstop this would be an out-of-the-box option. But when Eloy Jimenez and Luis Robert set to return, imagine the damage this lineup could do with a power-hitting infielder like Story rounding out the lineup.

If the White Sox don’t go after Story, Adam Frazier is the obvious target. JR Fegan of the Athletic suggests a trade package of Jared Kelly and Gavin Sheets in return for Adam Frazier.

Kelly was the White Sox second-round pick in 2020 and is the No. 1 prospect in the organization according to MLB Pipeline. It would be a high price to pay but one that could be worth it to chase a ring this season.

Frazier is an All-Star candidate right now. He is second in baseball with 88 hits tied for first with 23 doubles. The Pirates resemble more of a Triple-A team at this point. They are in the last place in the National League Central and obvious sellers.

Adam Frazier extends the Pirates' lead with a 2-run bomb! 💥

Frazier could provide an immediate impact on the White Sox lineup. Like Madrigal, he can hit for contact. He has a .322 average on the season with 25 RBIs and a .839 OPS. In 2017 he won the Heart and Hustle Award. He is also a sure-handed fielder. He has only committed 28 errors in his six-year career.

The Yankees and Mariners are also in the mix for Frazier’s services, which could complicate things for the White Sox.

Bob Nightengale reported that the White Sox are interested in acquiring Eduardo Escobar. Escobar is a power-hitting infielder with 15 home runs this year. He also is sixth in the National League in RBIs. Escobar had a down year in 2020 but the season prior he hit 35 home runs and led the National League in triples, with 10. Escobar began his career with the White Sox and has put together a solid 11-year resume since then. He has spent the majority of his time in Arizona at third base but is comfortable enough at second base to make him a viable option.

The Chicago #WhiteSox, looking for a replacement for 2B Nick Madrigal, are engaged in trade talks with the #Dbacks for Eduardo Escobar, who's being shopped. Escobar, who's earning $7.5M in the final year of his contract, is hitting .240 with 15 homers, 45 RBI with a .743 OPS.

While his power for an infielder is a plus his 100 wRC+, 100 OPS+ and .455 slugging percentage put him around the league average for hitters. His production against right-handed pitchers has taken a dip and, he is also dealing with a quadricep strain that may make the White Sox hesitant to pull the trigger on a deal.

“We’ve talked about all along making sure the juice is worth the squeeze,” White Sox General Manager Rick Hahn said earlier in June. “The juice this year may be a team that’s capable of winning it all. So that’s pretty big juice.”

Are any of these players are worth the squeeze? That’s for Rick Hahn to decide.