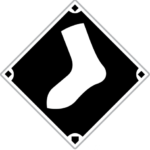 The White Sox first order of business this offseason will be filling out the coaching staff around Tony La Russa. Pitching coach Don Cooper and third base coach Nick Capra will not be returning next season. All other coaches from Renteria’s staff are expected to be considered for an interview. Bench coach Joe McEwing is the most likely to return because he played for La Russa in 1998. In fact, La Russa liked him so much he kept a pair of his cleats as a keepsake. La Rusa reached out to his longtime sidekick Dave Duncan, to fill the void as pitching coach but was unable to coax him out of retirement.  Meanwhile hitting coach Frank Menechino and assistant hitting coach Scott Coolbaugh just completed their first seasons. Considering they oversaw one of the best offenses in baseball it seems unlikely they would not return. 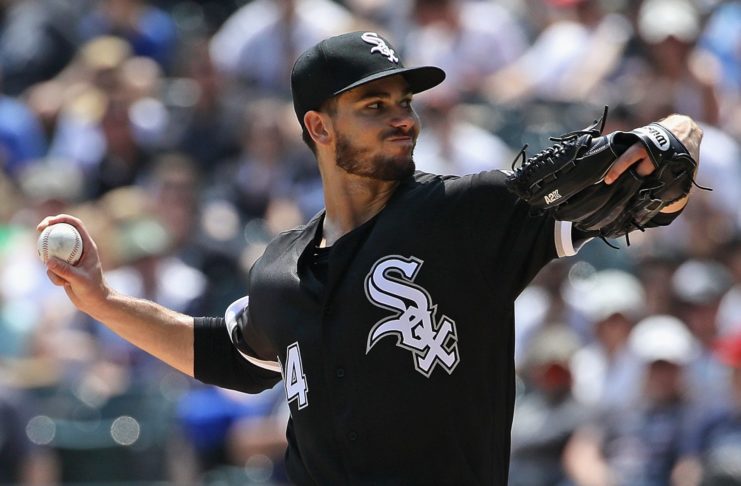 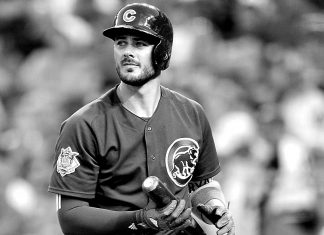 Emmet McClain - Dec 1, 2020 0
With the tender/non-tender deadline looming tomorrow, the notoriously slow MLB off-season should begin to ramp up in the near future. The White Sox have been involved in numerous rumors so far, and officially opened...
Read more 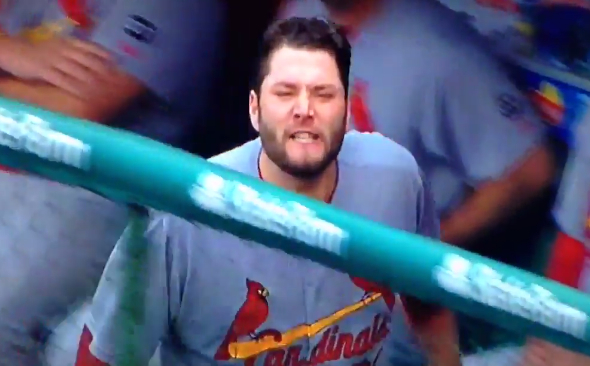 Mitchell Kaminski - Nov 30, 2020 0
Adding starting pitching depth is near the top of Rick Hahn's offseason to-do list. There are already a number of premium arms available for the White Sox to add and now Lance Lynn's name...
Read more

Robert Dean - Nov 14, 2020 0
Being a Chicago White Sox fan in 2020 is a paradox. One minute, it's something good, weird, or interesting. The bites are sweet and sour simultaneously, but none of it acrid to the taste....
Read more 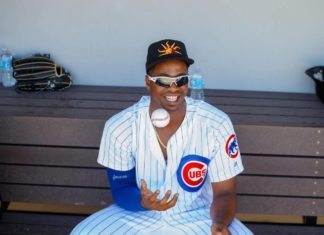 Steve Pusch - Aug 22, 2020 0
Friday night was a terrific night for the Chicago White Sox as they throttled their crosstown rivals the Chicago Cubs in a 10-1 victory that featured six home runs. Of the six home runs,...
Read more 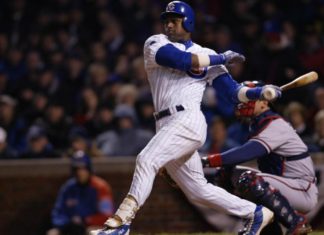 Steve Pusch - Jun 17, 2020 0
The 1998 home run chase was revisited this past Sunday with the 30 for 30 documentary "Long Gone Summer" detailing the home run chase between Mark McGwire and Sammy Sosa. The race captivated America...
Read more 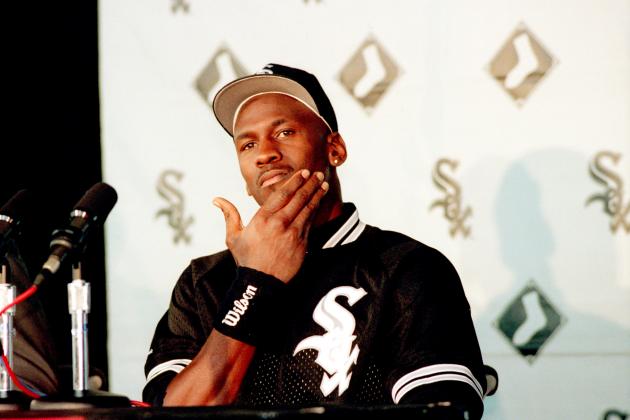 Steve Pusch - May 12, 2020 0
During Sunday's episode of "The Last Dance," Michael Jordan's brief baseball career with the Chicago White Sox was covered in detail. Jordan was apart of the White Sox organization for the 1994 season before...
Read more 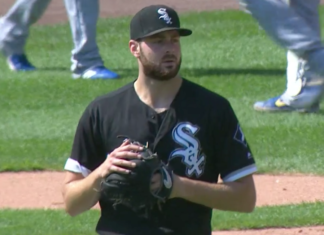 Lucas Giolito’s 2019 Season Is Over

Aldo Soto - Sep 16, 2019 0
Following their 5-3 loss to the Twins on Monday, White Sox GM Rick Hahn announced that the team is shutting down Lucas Giolito for the rest of the 2019 season.The right-hander has a mild...
Read more

The White Sox should be active in free agency. They have a competitive roster that believes they are ready to win now. After declining team options for Edwin Encarnacion and Gio Gonalez, they are in the market for starting pitching depth and designated hitter. Their current right fielder, Nomar Mazara severely underperformed in 2020, so Rick Hahn and company may be searching for an upgrade there as well.

Given COVID-19’s impact on the league's finances last season, the free-agent market will be very uncertain.  However, if the White Sox are willing to spend big money, there are some big names that are available to them.

The best arm available is Trevor Bauer. He recently declined a qualifying offer from the Cincinnati Reds. He will cost a pretty penny and only wants to sign one-year deals so it is unlikely the White Sox add him.

However, another big name on the market is not out of the realm of possibilities for the White Sox. George Springer is one of the best outfielders in baseball and would be a perfect candidate to roam the outfield of Guaranteed Rate Field. MLBTR predicts that Springer will sign with the White Sox on a five-year deal worth 125 million dollars.

Despite not having won a playoff series since 2005 the White Sox will enter the 2021 season with the sixth-best odds to win the World Series. They are currently sitting at +1500 to win the title which is about 1/16 odds. Their odds could go up depending on who they add over the offseason. Last year's champion, the Dodgers are the current favorite to repeat sitting at +450. With all the major pieces returning to their starting lineup and rotation they are the clear frontrunner. The Pirates meanwhile have the worst odds to win at +10000 or 100/1.

To win the American League the White Sox rank third at +650. They trail only the Yankees and Rays who have +275 and +575 odds to win the AL. The Rays shocked some people in the baseball world last postseason making a run all the way to the World Series only to be defeated by the Dodgers in six games. Along the way, they knocked off the current favorite to win the AL, the Yankees and the Astros who come into next season with +900 odds to win the pennant. The Rays will not be taking anyone by surprise this year. The Detroit Tigers have the worst odds in the league with +6000 or 60/1 odds despite hiring a new manager in AJ Hinch. While they could be good in a few years their talent gap will be too much to overcome this year to win the league.

The oddsmakers like the White Sox chances next season. If they can stay healthy and continue their offensive prowess they showed a year ago they will be legitimate contenders. Much of their fate will rely on what pieces they add this offseason. However even without any new additions if some young players can continue to take big steps, the White Sox could make some noise in the 2021 season. A bet on the White Sox this season has a good chance of increasing the size of your wallet next season.

Will the White Sox trade for or sign another starting pitcher?

Following the trade of Lance Lynn the White Sox have a formidable top of the rotation and at this point they will most likely lean on their younger pitchers to fill out the rest of the rotation instead of signing or trading for another veteran.

Will Tony La Russa go to jail for his DUI?

Tony La Russa has reportedly agreed to a plea deal after his drunk driving arrest that happened early in 2020. He has pleaded guilty to a charge of reckless driving. His one day in jail sentence will most likely be lowered to work release or home detention.

Have the White Sox been linked to any big free agents?

After trading for Lance Lynn, USA Today’s Bob Nightengale reported that the White Sox have their sights set on dominant free agent closer Liam Hendriks. If the White Sox make one big splash in free agency it might be in the closer position.

Will the White Sox sign another free agent hitter after Adam Eaton?

The White Sox signed Adam Eaton to a one-year contract that includes an option for 2022. It appears as though Eaton will platoon with Adam Engel in right field and if the White Sox do sign another player it might be a DH.

Is Micheal Brantley a free-agent option?

Another good player to add is Micheal Brantley. The 34-year-old wants to play for a winning team and the White Sox check off that box. Brantley would provide a much needed left-handed bat to the White Sox lineup along with postseason experience.

Is Joc Pederson a free-agent option?

Joc Pederson is another outfielder the White Sox could target. They have been linked to Pederson for years. There were rumors the White Sox were trying to trade for him on multiple occasions. He could be looking for a full-time gig after platooning for the Dodgers.