Should the Cubs Send Nick Madrigal to Triple-A?

Nick Madrigal to Triple-A? Not quite yet, but the Cubs might consider it if the second baseman continues to struggle in 2022.

And you can’t even say that he’s hit into some bad luck because Madrigal isn’t hitting the ball hard and despite the high contact rate, most of it is going straight to the ground for easy outs. 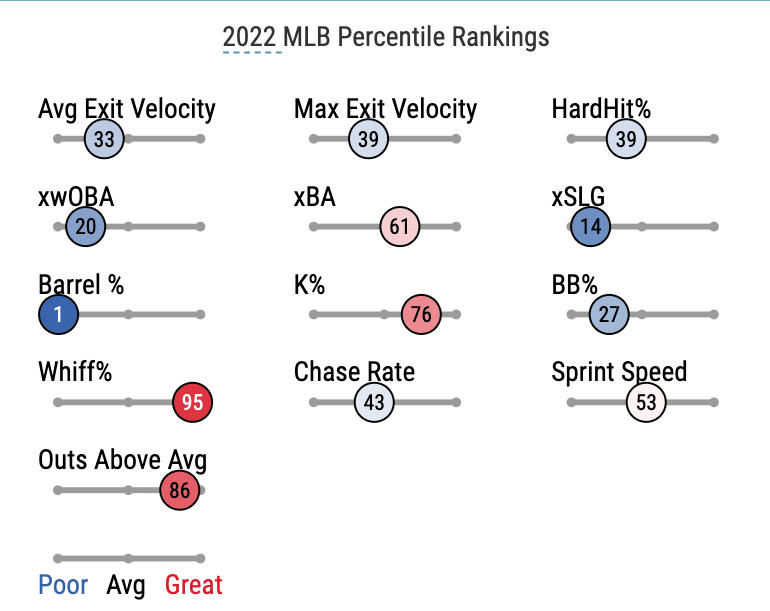 Yet, we’re not talking about a prospect getting his first look at major league pitching and struggling. Madrigal had 303 at-bats during his two seasons with the White Sox and hit .317 in 83 games. So, he’s had success far longer than he’s struggled and that’s why the Cubs aren’t going to be panicking just yet and sending Madrigal to Triple-A.

However, there is precedent with the Cubs when it comes to sending highly-touted, young players back to the minors when they’ve struggled. Javier Báez made his debut in 2014, and posted a terrible .551 OPS in 52 games in the last few months of the season. Báez struggled in spring training to begin 2015 and played at Triple-A for the entire year until he was called up in September. In 2017, Kyle Schwarber was optioned to Triple-A for almost three weeks in late June into early July after slashing .161/.295/.378, in the first three months of that season.

In 2019, Ian Happ, who at the time seemed like a lock to make the Opening Day Roster, instead started the year in Triple-A and didn’t get called up until July.

Obviously the Cubs are hoping that Madrigal breaks out of his slump sooner rather than later, but if they do end up sending him back to Triple-A it would not be the end of the world and ultimately it could help him out at the end like it has with previous players in the organization.

Welcome to the Pinwheels and Ivy Podcast, Chicago’s #1 Cubs and White Sox podcast. Hosted by Matt Zawaski, Aldo Soto and Kevin Fiddler. Follow them on Twitter @SouthsideZo, @AldoSoto21 and @KFidds. During last week’s episode, the possibility of Madrigal’s demotion to Triple-A came up.

Join the conversation live on stream every Wednesday night at 8 p.m. as the trio recap all the latest news and rumors about the Cubs and White Sox and cover the biggest stories around MLB. Download and listen to every episode on your preferred podcast app and follow the show on Twitter @PinwheelsIvyPod.

Christopher Morel has been a fun bolt of energy that Cubs fans desperately needed injected into the 2022 season....

July begins tomorrow as Cubs fans turn their attention to the Fourth of July, barbecues, and fireworks. Chicago Cubs...

The Chicago Cubs do not have as many good pitchers to trade this deadline as they would have hoped...

Keegan Thompson With A Great Start In Loss to Reds

Keegan Thompson continued to demonstrate that he deserves a spot in the Cubs' rotation for years to come. Although the Cubs dropped a game to the Reds 5-3 last night, the story was Thompson's pitching.

It has been a brutal year for injuries up and down the Cubs organization. The latest is a huge...

Top Cubs Trade Candidates, Who Stays And Who Goes?

After shipping off Craig Kimbrell, Anthony Rizzo, Javy Baez, and Kris Bryant in succession before last year's trade deadline, everything is on the table. So who will be the first to go?

Cubs Arms Renaissance: All-Star Potential With A Side Of Inconsistency