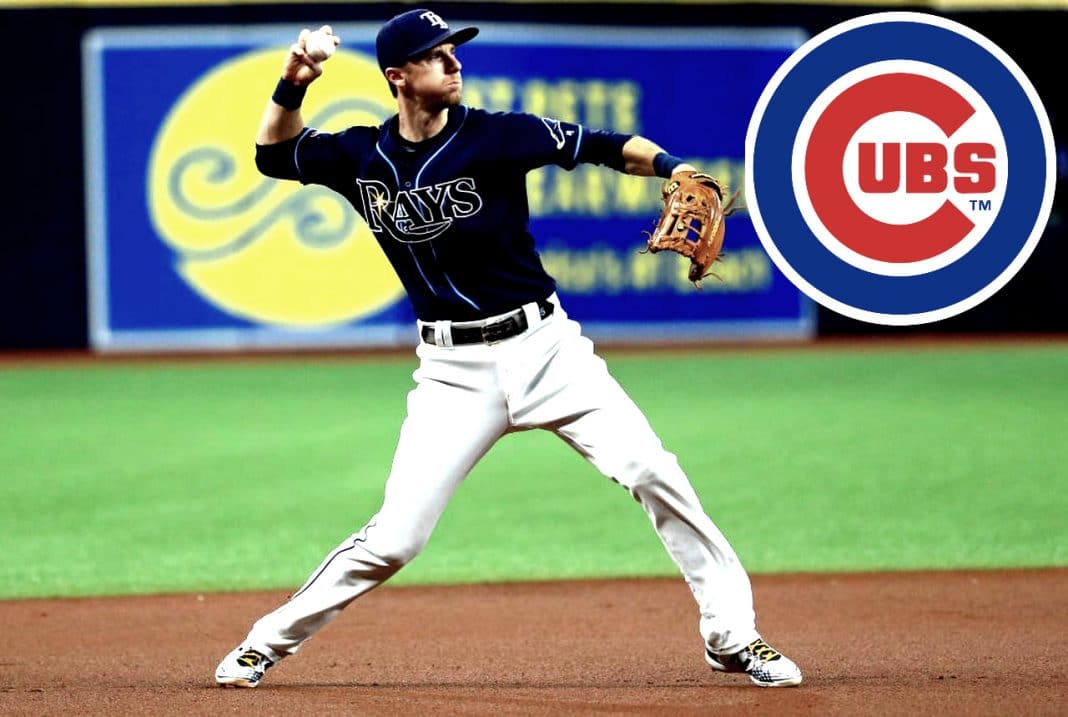 I kid, I kid. Put the pitchforks away…for now.

The Cubs don’t have a lot of depth on their roster right now and if they’re expecting to still compete in 2021, and at the very least be contenders to win their division, then any solid veteran to add to the bench is welcomed at this point. So, with that, comes news of free agent infielder Matt Duffy signing a deal with the Cubs.

According to USA Today’s Bob Nightengale, the Cubs and Matt Duffy have agreed to a one-year deal that can be worth up to $1.5 million if certain incentives are reached.

The #Cubs sign infielder Matt Duffy to a minor-league deal that will pay him $1 million if he makes their big-league team with $500,000 in incentives. He was in the #Rangers and #Yankees organizations last season.

As Nightengale notes, Duffy was with the Texas Rangers and New York Yankees during the 2020 season. Duffy was released at the end of June by Texas and was then picked up by New York almost immediately. However, Duffy did not appear in any games for the Yankees this past season, spending the summer at the team’s alternate training site.

Matt Duffy Before and After Achilles Injury

But hey! Duffy’s actually had some pretty damn good seasons throughout his career. How about his 2.5 fWAR season in 2018, after coming back from an Achilles injury that forced Duffy to miss all of 2017. And prior to the Achilles injury, Duffy had a great 2015 season, when he posted a 4.4 fWAR in 149 games for the San Francisco Giants.

Again, Cubs fans should expect a solid player in Matt Duffy. He also fits what the organization has been preaching about for years and that’s simply having the skill set to make contact with the ball. For his career, Duffy has a 92.2% contact rate on balls thrown in the strike zone and an 84% contact rate on all pitches he swings at.

As you’d expect, Duffy doesn’t strikeout at a high rate, 16.1% K rate in his career and since he returned from his Achilles injury, his walk rate has been close to 10%.

Duffy has a career slash line of .282/.338/.380. So, obviously not getting a guy who slugs a whole bunch, but maybe he can get a boost in the power department away from Tampa Bay and San Francisco.

I gotta say, I’m mildly excited about this move? Duffy’s had two poor years in his career once he got regular player time and that was in 2016 and 2019. Yet, in both of those seasons he was bothered by injuries. When Duffy’s been healthy, he’s been close to a .300 hitter with a wRC+ hovering in the 110 range.

This tweet pretty much says it all if you’re complaining even for a second about this move.

I think you’d say the Cubs current bench is Victor Caratini, Ildemaro Vargas, Matt Duffy, Michael Hermosillo and Ian Miller … so, yeah, there’s no such thing as a bad offensive signing at this point. Depth of any kind is welcome.

Of course this kind of move isn’t going to move the needle among Cubs fans, but that’s where we’re at right now with this team. My verdict? Fine.

Again, Duffy isn’t guaranteed a deal, but if he does make the team he’ll earn $1 million plus another $500k in incentives.