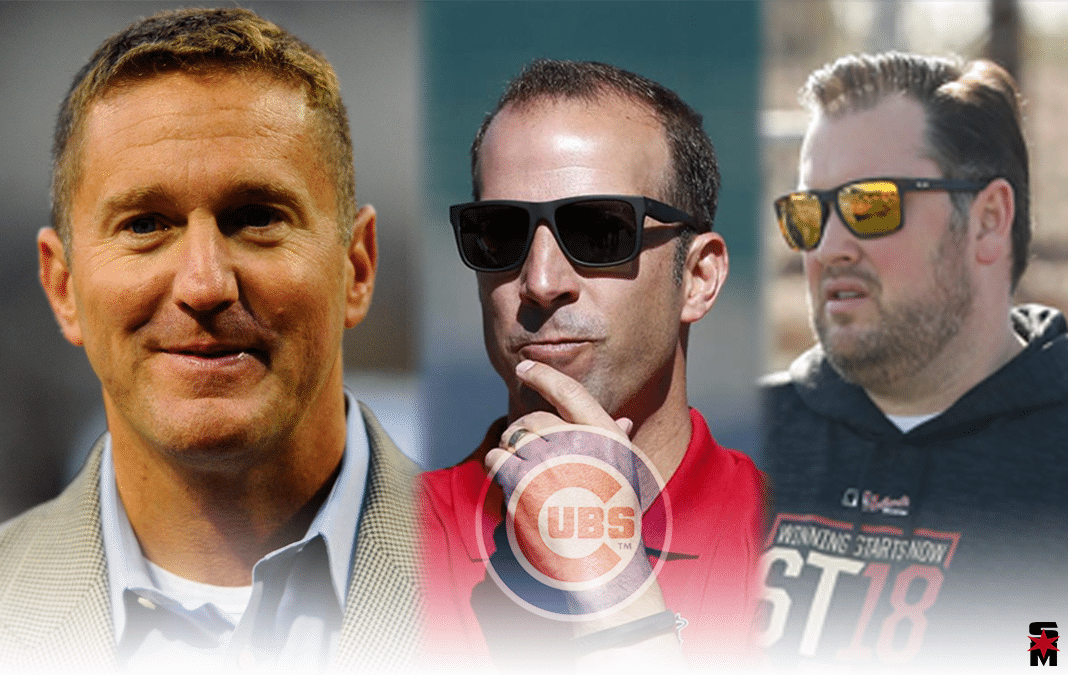 Jed Hoyer met the media on Monday right after inking a five-year extension with the Cubs, becoming the team’s president of baseball operations. While Hoyer was vague about the Cubs’ offseason plans he did reveal a detail about his upcoming GM search.

Hoyer will be looking outside of the organization to find a new general manager.

“I want the fresh ideas, and I want to be challenged. I think that that’s part of the beauty of going outside the organization. So, I encourage that.”

What’s Hoyer looking for in his relationship with the next Cubs GM? Trust.

“The most important thing I’m going to be trying to find is a sense of trust,” Epstein said of the GM search. “That’s probably the part of the relationship with Theo that I value on top of everything else, is that these are high pressure jobs, and you make a lot of tough decisions, and things are going to go wrong. And I think you have to know that, that person is with you 100 percent and that there’s no dividing the two of you.”

While it’s completely possible that Hoyer goes with someone who he doesn’t necessarily have a previous relationship with, it’s probably likely he’ll want to hire someone he’s familiar with. 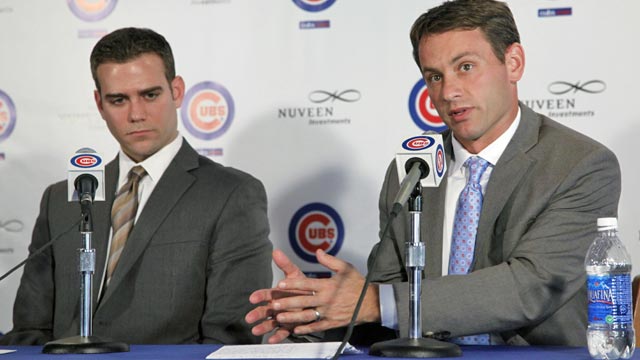 So, here are four potential candidates to be the next Cubs GM. We’ll begin with two members of the Arizona Diamondbacks front office.

The 41-year-old has been with the Diamondbacks for four years, joining Arizona’s front office as senior vice president and assistant GM after the Cubs won the 2016 World Series. Porter was a director of pro scouting and special assistant during his 13-month run with the Cubs.

Although Porter didn’t spend a lot of time working with Hoyer in Chicago, the two do know each other going back to their Boston days in the 2000s. Porter pretty much held every single scouting title with the Red Sox, finishing his tenure as the director of professional scouting from 2012-15.

Amiel Sawdaye also joined the Diamondbacks in 2016, as a senior vice president and assistant general manager. While Sawdaye hasn’t had a stop with the Cubs during his career, he also has ties with Hoyer back in Boston. Sawdaye worked for the Red Sox from 2002-16, and his track record is pretty impressive in Boston and Arizona.

Via the Chicago Tribune.

Sawdaye, 43, produced strong results as the Red Sox director of amateur scouting from 2010-14. His drafts produced Mookie Betts, Jackie Bradley Jr., Matt Barnes, Brandon Workman, Travis Shaw and Blake Swihart.
The Diamondbacks have built one of the strongest farm systems in baseball since the arrival of Sawdaye, who graduated with a degree in information systems from the University of Maryland.

Heading into the 2020 season (prior to the shutdown in March) MLB.com ranked Arizona’s farm system sixth best in baseball.

All right, so Josh Byrnes might be the most desirable candidate on this list. Anyway, Byrnes is yet another guy who has worked alongside Hoyer not once but twice, as they were both a part of Boston’s front office in the 2000s and then reunited for a brief time with the San Diego Padres.

Hoyer got his first GM position with the Padres in October 2009, and Byrnes joined him as the senior vice president of baseball operations in 2010. Byrnes eventually became San Diego’s GM after Hoyer linked up with Theo Epstein and the Cubs in 2011.

Speaking of Epstein, he had high praise of Byrnes dating back to 2005, when they were both in Boston.

“He’s a key voice in player personnel,” Epstein said this spring of Byrnes, 33, whom Epstein hired away from the Colorado Rockies Dec. 7, 2002. “He’s got as much a feel for evaluating and statistical analysis as anyone in baseball. He writes great reports, he has great people skills, and he’d probably be a general manager by now if he were better at self-promotion.”

The Diamondbacks hired Byrnes as their GM in 2006, and he stayed in Arizona until July 2010. His most controversial move was promoting A.J. Hinch as the team’s manager in 2009, raising everyone’s eyebrow in the industry because Hinch was coming from a player development position within the Diamondbacks’ organization.

But hey, it turns out that Hinch did eventually work out as a good manager and despite the cheating scandal with the Astros, is still regarded as one of the best skippers in baseball today.

It seems as though Byrnes has always been pretty good at what he does and ahead of his time since his days with the Cleveland Indians in the 90s.

Byrnes was in the forefront of the Indians’ embracing of video as an essential scouting tool, and helped prepare the scouting reports that contributed to Cleveland holding Mo Vaughn and Jose Canseco to a combined 1 for 27 in the 1995 Division Series. He was the team’s advance scout in 1995 and 1996, years in which the Indians led the league in wins and earned run average.

While his runs as GM with the Diamondbacks and Padres didn’t produce a lot of winning, how could you not want Andrew Friedman’s right-hand man with the Dodgers? I mean, if we’re talking about the Cubs looking to add from the best organization in MLB, look no further than the Dodgers, the model franchise in the sport.

The player development department for the Dodgers has been a well-oiled machine. So yeah, give me some of that. Byrnes was brought in by Friedman when he took over in LA back in 2014.

By the way, Byrnes’ time with the Padres was a kind of a shit show because of the ignorance from the owners.

Besides the Indians, Red Sox, Diamondbacks, Padres and Dodgers, Byrnes also spent some time with the Colorado Rockies, serving as an assistant GM beginning at the end of 1999. He was in charge of the team’s minor league system and scouting departments prior to leaving for the Red Sox in 2003.

Not sure how much Tom Ricketts is interested in giving raises this winter, but man would it be great to get Byrnes and bump him up to GM once again.

OK, OK, I know what you’re thinking. Billy Eppler? The guy who has wasted the best player on the planet in Mike Trout and was fired after the Angels concluded their fifth consecutive losing season in 2020?

All right, maybe this is a rough pick, but just thinking outside the box here and hey, he did close the deals on Shohei Ohtani and Anthony Rendon in recent years.

Eppler also worked for the New York Yankees, first hired as a scout and was eventually promoted to director of professional scouting in 2005. From 2012-14, Eppler was an assistant general manager for the Yankees.

His first gig in the majors came in 2000, when Eppler became a scout for the Rockies.

So, out of those four names, Porter and Sawdaye have been the two mentioned by a couple Cubs reporters as potential candidates.

In the Chicago Tribune, Mark Gonzales also named Michael Hill, Billy Owens and Logan White as other potential GM candidates for the Cubs.