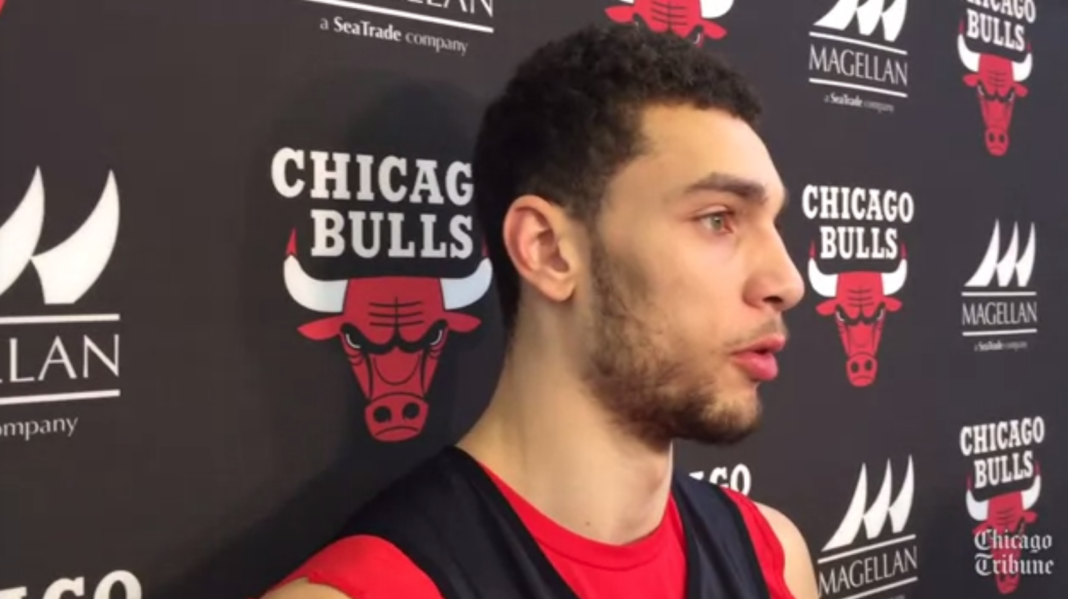 In some non-basketball-related news, Chicago Bulls guard Zach LaVine had himself quite an eventful Thursday evening. As many people know LaVine finds himself in the NBA All-Star game for the first time in his young NBA career. This may have been one of the reasons why an obsessed fan decided to pay LaVine a visit.

This crazed fan apparently showed up at LaVine’s front door and refused to leave. After gaining access to his property the an apparently went to his front door asking to have a conversation with LaVine. It doesn’t sound like LaVine was too interested in having a conversation with her. She was asked to leave the property and you guessed it, refused to do so. After this LaVine ended up having to get law enforcement involved. Upon arrival, the police took the crazed fan to a local mental hospital for evaluation. Did I mention this fan travelled from another state to get to LaVine’s residence? She must really have had something important to tell LaVine.

According to the initial reports LaVine’s camp was reached out to but there were no comments made regarding this. LaVine reportedly did not know the woman in question. She also hasn’t been charged with any crimes. By all accounts, it looks like just a fan that let themselves get a little too crazy. LaVine has certainly gained more attention league-wide recently. Maybe this was a casual fan who just found out who LaVine is. Maybe this has been something they have been plotting for quite some time. We may never know at this stage. However, with LaVine’s rise in popularity, this could become something to monitor. It is entirely possible that LaVine starts to get some more unwanted visitors. Depending on how well he plays in the All-Star game his popularity may soar to new levels.

While this obsessed fan certainly makes for a good story for us it certainly won’t distract LaVine.

LaVine is focused on All-Star weekend

As we head into the weekend LaVine appears to be ready to go. He will first find himself in the three-point contest. It appears LaVine has learned from his experience last year.

Zach LaVine on 3-point shootout: "(The money balls) are going to be in the corner."

On stacked field: "If I put my money balls in the right spot, I think I have a chance to win."

LaVine believes he has a good chance to win this year. It’s all about where he places the money balls. The entire city of Chicago is certainly pulling for Zach as he heads into the weekend. Let’s hope this run-in with a crazed fan doesn’t create any sort of distraction for him.