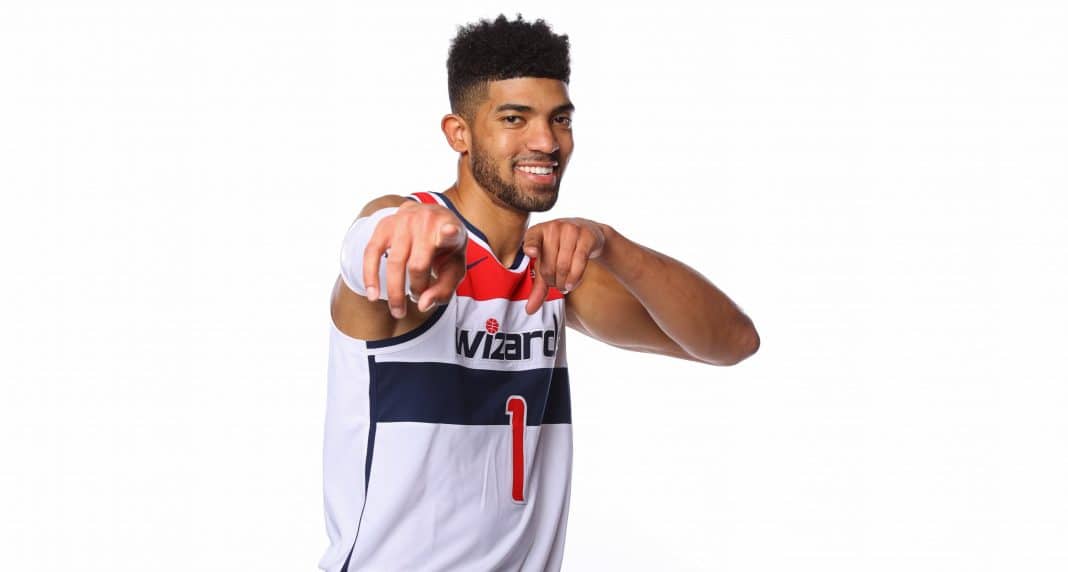 In case you were unaware the Bulls didn’t make the playoffs this season. They also made some big trades ahead of the deadline this year. One of those trades shipped former Bulls forward Chandler Hutchison to the Washington Wizards. The Wizards officially became the 8th seed in the East last night. Hutchison decided to take this moment and throw it into the face of his former team.

For those who haven’t seen… (warning: major cringe) pic.twitter.com/u5xyhLrJy1

Hutchison posted a video to TikTok with the caption “When you get traded and you help your new team to the playoffs”. We will get to his version of “helping” his team shortly but this was a completely unprovoked attack. The Bulls moved on from Hutchison simply because he was never available. Over the course of 2.5 seasons with the Bulls, he only played in 79 games. That means he hasn’t even played the length of a normal NBA regular season. This came as a surprise coming from Hutchison. Especially considering he isn’t a whole lot of help to his team.

If you take a look at Hutchison’s final stats for the Wizards in the regular season he averaged 5.2 PPG, 40.0 %FG, 3.2 RPG, & 0.7 APG. Not exactly major stats coming from Hutchison. I mean take a look at last night’s game which was a 142-115 win. He played for 20 minutes and scored just 6 points. He really wasn’t a factor and hasn’t been a factor for this team since he joined them. The fact that he’s trying to troll the Bulls is laughable.

Lol the word help is doing a lot of heavy lifting with those 6 points he contributed, and DNP-CDs that were collected on the way. https://t.co/nF66M5HKps

There’s a reason the Wizards made their way into the playoffs and it certainly had nothing to do with Hutchison.

It’s clear that somewhere along the line Hutchison and the Bulls had some issues. Whether he is just straight up mad about the Bulls trading him or there was some sort of confrontation. Calling out your former team like that and being completely unprovoked means something was up. From a fan’s perspective they never really wrote him off. They just were just sick of him not being available. There were 219 total opportunities for Hutchison to play over the last three seasons and he’s played in 97. We are talking 44% of the games possible. So there was less than a 50% chance of him playing in any given game. Simply put the dude wasn’t valuable to a team when he can’t even be counted on to suit up.

Chandler Hutchison talking shit about the Bulls now is kind of rich. Our fans never had a bad thing to say to him or about him. He was just never available.

After getting traded to the Wizards he had 29 opportunities to play in those games and he played in 18. Which is an improvement but still not great. To say that he “helped” the team make the playoffs is a major stretch. I think we all can agree that guard Russell Westbrook and Bradley Beal are the reason the Wizards are in the playoffs.

I usually don’t write off players just because they are traded from the team. However, Hutchison has been added to the write-off list now. If he was an actual contributor on the team then I wouldn’t be as annoyed by this. But he’s a bench player who barely shows up on the stat sheet. For example, if former Bull and now Wizards center Daniel Gafford were the one talking trash I would accept that. He had a monster game last night and was an actual contributor to their blowout victory.

I look at it this way: Chicago fans always have love for former players. Gafford is no exception; I am still a huge fan.

Hutchison brought this on for zero reason, and he has zero place to even be talking.

Bulls fans are loyal and if you are upset because you got traded due to not being available that’s on you. He can enjoy his first playoff appearance with the Wizards while it lasts. It certainly won’t last long. He better plan to play the best games of his career in their series or else Bulls fans will be sure to let him hear it. Calling out Bulls Nation is never a good idea unless you are prepared for what is to come.