The Chicago Bulls have played 29 games this season and sit at a record of 13-16. In the Eastern Conference, the Bulls find themselves in the 9th seed. They have been hot as of late as they are 4-2 in their last 6 games. One player specifically has been playing at a high level and that’s Zach LaVine.

The only other Bull with that many points in an 8-game span is MJ. pic.twitter.com/RPTYG95kMK

He is playing at an All-Star level and this will have the Bulls front office thinking about what to do with the future of this team. LaVine is showing the Bulls that he can be someone they should build their future around. He has taken his game to another level and surrounded by the right pieces he can bring a team to a championship. With the March 25th trade deadline coming up quickly the Bulls will need to figure out what they want to do with this team.

A front office and coaching meeting will happen very soon

While this is certainly something that is being discussed in the front office it most likely isn’t the only discussion they are having. Head coach Billy Donovan let everyone know the plans for the front office ahead of the trade deadline.

They talk every day, but more extensive discussions will come later.

This is important because it gives us a timeline to when the Bulls will get into trade discussions. There have been multiple trade rumors recently but the Bulls clearly haven’t had those in-depth discussions on the future of the team yet.

Vice President of Basketball Operations Artūras Karnišovas and General Manager Marc Eversley have some big decisions to make. The Bulls are made up of a very young core of players. While one of them, Lavine, is untouchable the others are almost all on the table. The biggest decision they will have to make is with power forward Lauri Markkanen. His contract expires after this season and if he’s not in the team’s future plans they may want to try and get something for him. 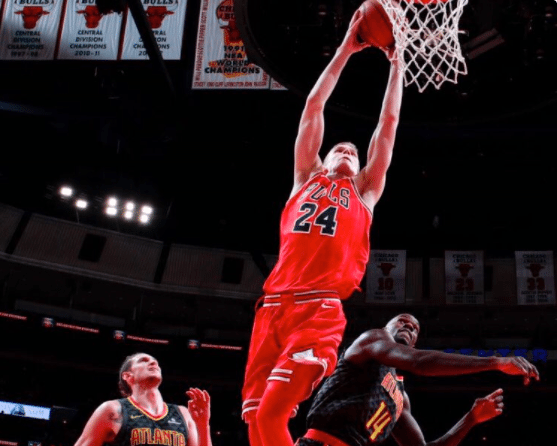 The toughest question for the front office to answer is does Markkanen pair well with LaVine? The stats say no if you look at their total career together. LaVine and Markkanen have played in 120 games together and have a .342 winning percentage. Beyond the wins and losses, it’s tough to know if Markkanen has peaked as a player.

Time is not on the Bulls side

The biggest problem here is that Markkanen is currently injured. He has only played in 14 games for the Bulls this season. If the front office was hoping to use this season to determine whether they want to keep him or not this sample size won’t be enough. Markkanen has played well when he has been on the court this season averaging 19.1 PPG. However, the price tag for Lauri is probably going to be too high considering his output.

To those who want to lock Lauri Markkanen up long term, let me ask you this.

Would you rather pay Lauri around $100 million dollars across 4-5 years, or would you rather use that money to put towards pieces that FIT around Zach LaVine (or toward a potential max money player).

That amount of money could be used to bring in key role players that fit with LaVine and change up the core that Chicago currently has. Markkanen is going to be the most talked-about trade piece for the Bulls as we get near the deadline. However, Lauri isn’t the only potential player that could be traded this season.

Looking at the rest of the team

If the Bulls are looking to make big moves via trade they will most likely part ways with some of their young players. Some of the players on that list include guards Coby white & Denzel Valentine and centers Wendell Carter Jr and Daniel Gafford. This makes up the young players that could potentially be targeted by other teams. It’s unlikely that the Bulls would be willing to move Carter Jr. as their backup center position is a mess.

The interesting player to watch is Coby White. While he has played well in his second season with the team he doesn’t appear to always fit with LaVine. White is working on becoming a true PG and it has been a work in progress.

White has been hot and cold at times this season. If Billy Donovan believes he can help him become a true PG then the front office will most likely make him untouchable. If Donovan is unsure he may end up finding a new home ahead of the trade deadline. While the young core has had some struggles this season the veterans have been playing at a high level.

If you look at the veterans on this team they have made a huge difference. Donovan has gone with his veterans late to make sure the Bulls can close out games. The best veteran on the team thus far has been forward Thaddeus Young. Early on a lot of people believed he would be moved in a deal but at this stage, the Bulls can’t let go of Young.

There probably isn't a return the Bulls can get for Thad Young right now that will make them better initially. He has been too good for them. A trade of him would almost be a white flag on the rest of the season.

He has been a huge part of the Bull’s success so don’t expect him to move unless they are getting a great return. Other veterans like guards Tomas Satoransky and Garrett Temple have been key contributors late in games. Forward Otto Porter Jr. has also been a contributor to this team. If one of these guys is going to be moved the Bulls are going to need to get some value in return. They will need to get someone who can contribute right away if they want to continue pushing for a playoff spot in the east.

This has been one of the toughest questions to answer since the new front office came in. They are so quiet when it comes to making decisions in the new front office. It’s hard to say one way or another what they are going to do. If the front office and head coach meet and decide that the team they have now is good enough to push for a playoff spot then it’s very possible the team won’t make any trades. This team has been hit with a lot of injuries and the original starting five hasn’t even played in 10 games together. So it’s very possible that they will ride out the rest of the year and see what free-agents will want to come to Chicago next year.

If any players are going to be traded the likely players are Markkanen and Valentine in my opinion. I don’t see the Bulls moving Coby in year two and I also don’t see them moving any of the veterans. While Valentine has been playing more minutes this season he’s still a piece that the Bulls would be okay without. The decision on Markkanen has yet to be made but the Bulls didn’t re-sign him ahead of the season and that could give us insight into their thoughts on him. With about a month left before the trade deadline get ready to start hearing a multitude of trade rumors.