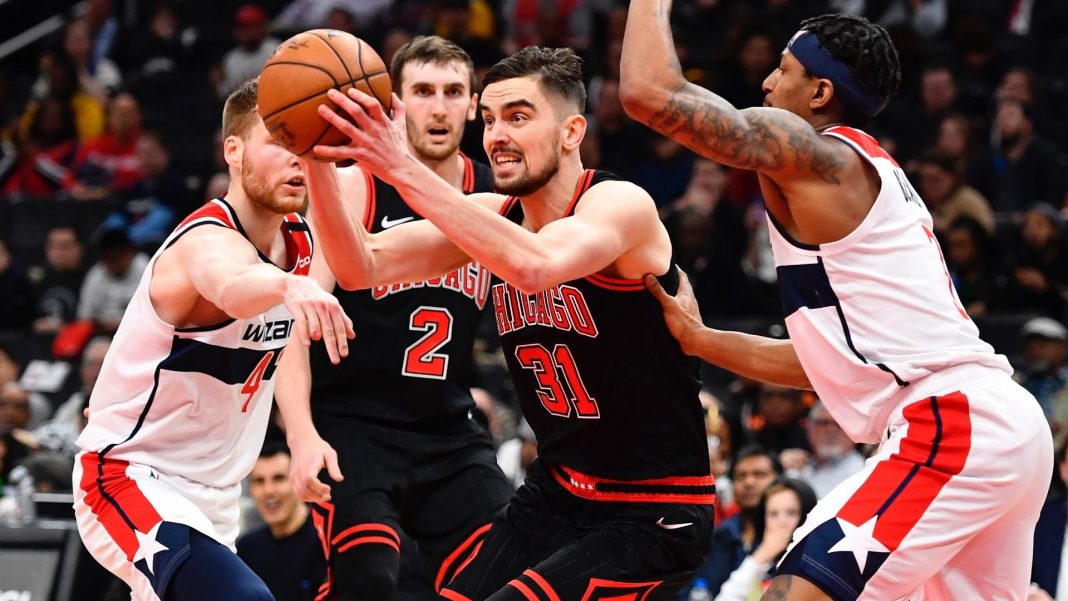 It’s looking like the Bulls might have a bigger situation on their hands than they originally thought. Earlier this week it was revealed that forward Chandler Hutchison had tested positive for COVID-19. Due to that positive test three players were placed into quarantine following the NBA health and safety protocols. At this stage, it appears that Hutchison may have passed COVID-19 on to another player.

Bulls guard Tomas Satoransky who last played in the first matchup against the Wizards will be out for at least ten days now. This is not good for the Bulls as this will likely increase the quarantine time for both forward Lauri Markkanen and guard Ryan Arcidiacano. Those two were already isolating due to the original positive test from Hutchison.

This situation could get ugly

Right now the Bulls have had two players test positive. We believe that the second positive can be traced from Hutchison to Satoransky since he was already isolating due to close contact. However, the fear here is that it may have spread to the other two players also in isolation. That would leave the Bulls without four players for at least the next 10 days as they wait for negative results. This Bulls team has been struggling to open the season and losing a quarter of the team due to COVID would absolutely hurt them. The Bulls meet the Mavericks tonight and are shorthanded.

Bulls remain without Lauri Markkanen, Tomas Satoransky, Chandler Hutchison and Ryan Arcidiacono vs. Mavericks. Hutchison is self isolating after positive COVID-19 test. The other three are in quarantine as part of league’s health and safety protocols.

The Bulls did very poorly in their previous game missing these four and they are hoping they can improve tonight. Hopefully, we don’t see this spread throughout the team. It appears that the team was on top of it from the first positive and got the right people in isolation before it could spread. All four of the teammates that were sent into isolation had travelled with each other on the way home from D.C. in a sprinter van. So it wouldn’t be surprising to hear that Markkanen and Arcidiacano also end up with positive tests.

The Bulls will have to make it work

Unfortunately, this will be something that teams will have to deal with until we get COVID under wraps. The Bulls are experiencing it early on in the season. This is especially hard for them as this young team is trying to find their rhythm. Bulls head coach Billy Donovan is going to have to make it work under these circumstances. The league isn’t going to reschedule games unless you don’t have enough players to suit up. The Bulls don’t find themselves in that position yet.

They head out on a west coast trip tomorrow so the Bulls will certainly be without that group of four for that trip. Donovan is going to have to figure out lineups that will work for the next few games as they wait to get tests back and get the guys back in the locker room. It’s going to be challenging as the Bulls will meet some tough opponents.

Next man up mentality

While it’s unfortunate to have four players out all at one time the Bulls need to adapt the next man up mentality. Thankfully the Bulls got back forward Thaddeus Young before this all went down. Like I said before the team performed poorly in their first game without this group of four. The Bucks tore them apart and the Bulls made a lot of mental mistakes in that one. Let’s see if the team can bounce back from that poor performance against the Mavericks.