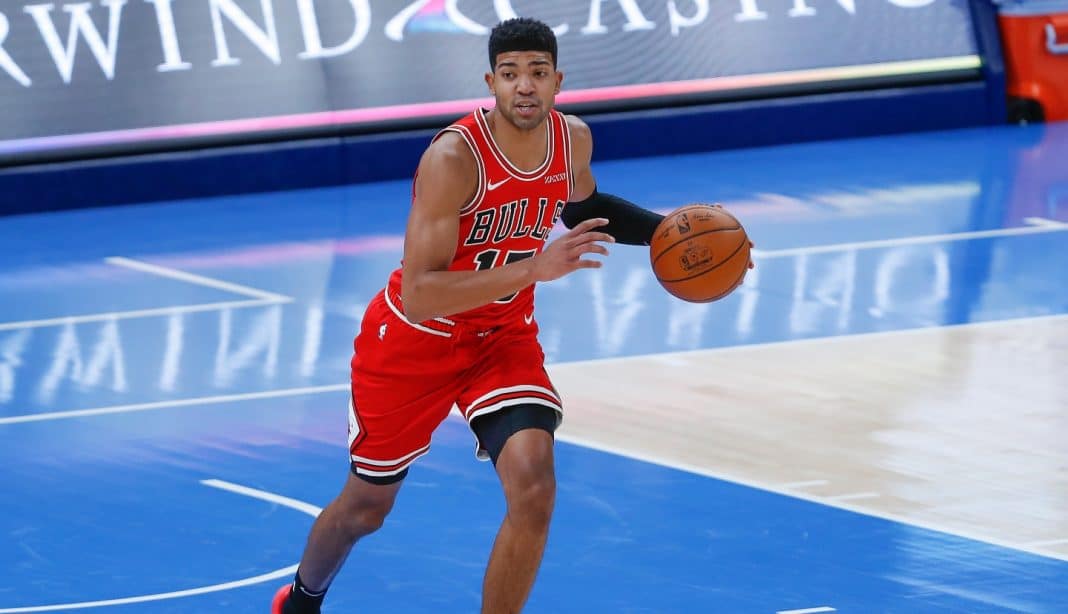 We were all hoping COVID-19 wouldn’t find its way into the Bulls locker room this season. Well, unfortunately, it has already become an issue with this bulls team. The Bulls were down three players in last night’s game against the Washington Wizards due to the NBA’s health and safety protocols but we weren’t sure who was the cause of that. Today Bulls head coach Billy Donovan announced which player was affected by COVID-19.

The unfortunate news that comes with a positive COVID test besides having COVID is that there are multiple players who now can’t be with the team. The impact of this COVID positive will go beyond just one player. We wish Hutchison nothing but the best and hope this doesn’t impact his health in the long term.

Which players will be impacted?

In last night’s game, the Bulls didn’t have guards Ryan Arcidiacano and Tomas Satoransky due to health and safety protocols. Well, that list had one more player added to it today due to the positive outcome.

Chandler Hutchison has tested positive for coronavirus, according to Bulls coach Billy Donovan. He remains in Washington.

His other teammates Lauri Markkanen, Ryan Arcidiacono and Tomas Satoransky are under the league’s health and safety protocol and are back in Chicago.

Forward Lauri Markkanen didn’t play in the game last night after re-aggravating a calf injury the game before. However, now it’s looking like he will be out a little bit longer as he has to abide by the league’s health and safety regulations. The Bulls will now be without all four of those players as they meet the Milwaukee Bucks tonight. Losing Hutchison and Arcidiacano isn’t a major loss for this team right now as both players hadn’t been playing a whole lot in the early going this season. The concern here is the potential long-lasting issues to come from COVID being present within the team.

The biggest issue would be if COVID finds a way to spread between coaches and players. If this were to find its way around the team the Bulls could be struggling to play games at full strength and find themselves in a rough spot roster-wise. Due to the positive case and tracing, it looks like the players who aren’t in Milwaukee tonight are safely back in Chicago.

Billy Donovan said Chandler Hutchison tested positive for COVID-19. Donovan released that with Hutch’s permission. The other 3 players have returned to Chicago and are in quarantine.

There’s no set amount of time for quarantine as it all depends on how tests come back. However, this could have Markkanen, Satoransky, and Arcidiacano missing multiple games before they can come back. Hopefully, they are back sooner rather than later as the Bulls schedule will be tough over the next few games.

The Chicago Bulls are 2-3 and have won their last 2 games.

Lauri Markkanen, Chandler Hutchison, and Tomas Satoransky will not play vs Bucks and could also miss the next couple of games.

Here are their next 7 games:

This schedule is going to be tough and it would be nice for the Bulls to get back to full strength or as close to that as possible. Let’s all hope that we don’t see this start spreading through the locker room. Hopefully, the Bulls were on top of this from the beginning and kept as many players and coaches away as possible.

What will it take for Hutchison to get back to the team?

There are a few ways for players to return after testing positive for COVID-19 according to the NBA’s health and safety protocols. A player can go 10 days or more after testing positive or they can test negative twice at least 24 hours apart via PCR testing. Once a player passes one of those two methods they can return to team activities on a limited basis. Hutchison will not be allowed to work out with the team for 10 days. Once he can he will be monitored and only be allowed in individual workouts for 2 days upon return. We wish Hutchison a safe and speedy recovery from this COVID positive.