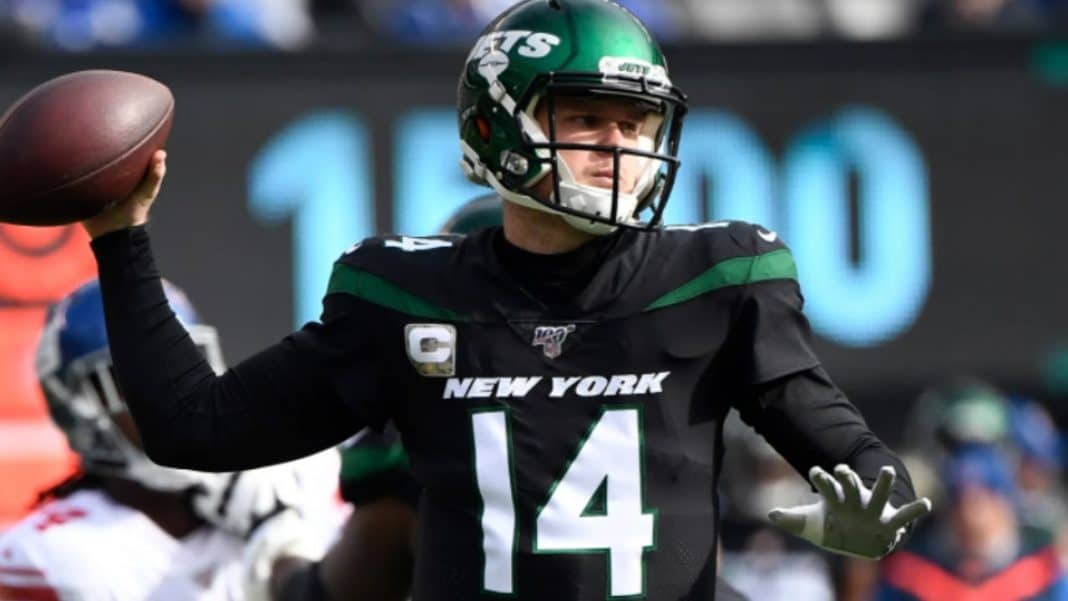 Carson Wentz is off the table. He’s headed to Indianapolis as most believed he would. Contrary to the popular myth, the Chicago Bears were interested but not nearly to the degree people thought. GM Ryan Pace didn’t even make an offer. So if not Wentz, then who? Rumors persist Derek Carr and Deshaun Watson are the two big focuses, but neither seems plausible at this point. This is why a lot of attention has shifted to Sam Darnold.

Most around the NFL believe he is the most likely major QB domino next to fall. The New York Jets haven’t denied the former #3 overall pick is potentially available. With the #2 pick in this year’s draft, confidence is growing the Jets will end up picking a quarterback of their choice. Be it Zach Wilson or Justin Fields. This would make Darnold available.

The quarterback has struggled most of his past three seasons in New York. His career completion percentage is under 60 and career passer rating is under 80. He’s also thrown 39 interceptions. So what gives? It centers around a couple of factors. Darnold is only 23-years old. He’s still quite talented with mobility and arm strength to spare. He has one year left on his rookie contract. There is also a case to be made about his surroundings.

The guy never really had a chance in New York. He was surrounded by mostly scrubs at wide receiver and had to stand behind a consistently bad offensive line. On top of that, he was subjected to Jeremy Bates and Dowell Loggains as his offensive coordinators. The kid had no chance. That is why there is a belief a better situation could salvage Darnold. Especially given his young age.

That and his favorable price tag as Connor Hughes of The Athletic points out.

Talked to a few league sources on if the Carson Wentz trade impacts Sam Darnold market. Consensus a resounding “no.”

Remember: Colts had to take on Wentz contract & option. That drives price down.

You don’t need to pay Darnold.

Starting point with SD a 2, most believe

Sam Darnold represents a calculated risk for the Bears

One has to remember the facts. Chicago doesn’t have a lot of money to spend nor draft picks to throw away. Going after Wentz and his $34 million cap hit never made sense. Going after Darnold and his $9.79 million cap hit is far more sensible. Add in the fact it wouldn’t cost a 1st rounder to get him? Now we’re talking. Taking a calculated risk on Darnold with a 2nd rounder and then using the 20th pick to either fortify his protection or add another weapon makes plenty of logical sense.

There is also the coaching aspect. Sam Darnold would have easily the richest collection of QB gurus surrounding him in his career. Headlined by quarterbacks coach and new passing game coordinator John DeFilippo. He has a steady track record of getting the most from young quarterbacks. He did pretty good work with Mitch Trubisky down the stretch last season. Darnold would represent a fascinating challenge for him.

If the gamble succeeds? The Bears are in business.

They suddenly have a young quarterback with tons of talent on a career upswing they can build around. If it doesn’t work? The loss isn’t huge. Darnold is a free agent in 2022 and they’re only out a 2nd round pick. Something that is far easier to miss than a 1st. It isn’t an ideal scenario but it’s one that makes sense and protects the organization long-term.