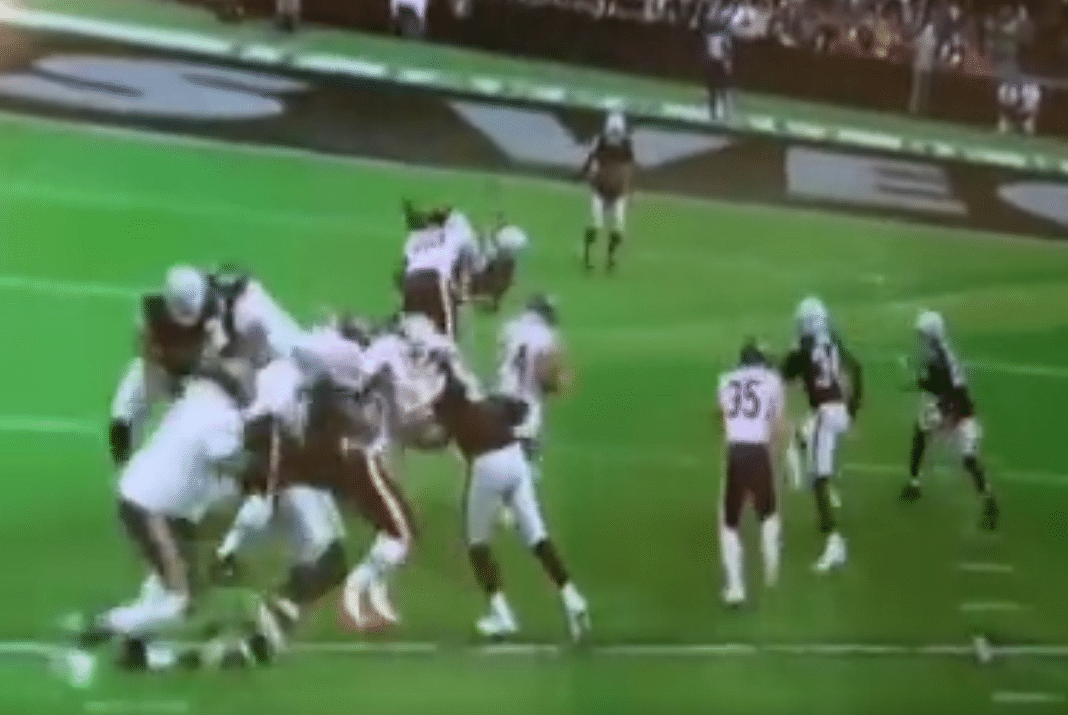 It seems a wrestling theme is starting to percolate with the Chicago Bears. Trevis Gipson quoted Roddy Piper after his first sack last week. Alec Ogletree delivered a hip toss in that same game against the Lions. Now it seems James Daniels wanted to get in on the fun. During their second touchdown drive of the half, the right guard navigated to the second level on a run play. There a Las Vegas safety came down to fill the void. It was here he made a significant mistake.

He decided to go airborne to leap over Daniels. The guard wasn’t having any of that. He caught the safety in midair and then drove him straight into the turf on his back. Any wrestling fans will recognize it as a textbook spinebuster.

That was good stuff.

It played a big part in a positive play too that helped set up an eventual score. Old school fans will say that was Arn Anderson-level stuff from James Daniels. Young ones will probably reference Batista. Either way, it looked pretty painful. Not only did the Raiders defender land hard on his back from a good six feet off the ground but then had 300 lbs of guard land on top of him.

Chicago ended the first half up 14-3. A physical one for both sides. Las Vegas got several hits on Justin Fields. Some of them were pretty ugly. At the same time, the Bears ran it right down their throats on the ground. It will be interesting to see which side succumbs to the pain first. Both need this game in a big way. The Bears have the Packers next week and the red hot defending champion Buccaneers after that.

If they want to compete for the playoffs, winning this game is paramount. They have a good chance if Daniels continues to play like this.