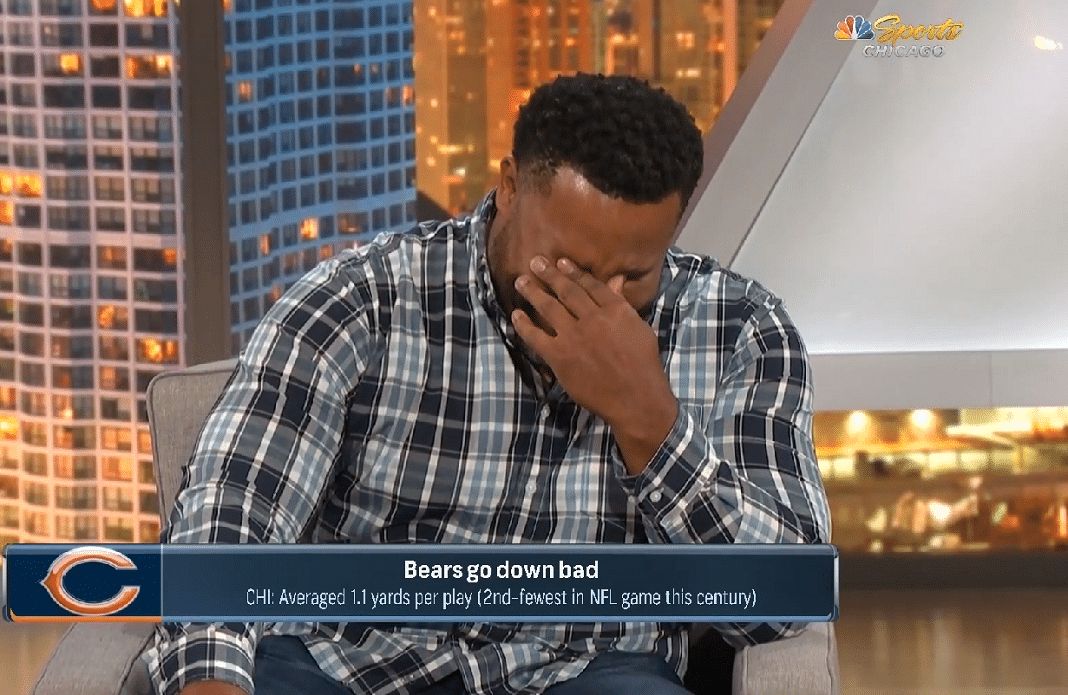 Matt Nagy was so certain of what he was doing when he took back play calling duties this summer. Mitch Trubisky was gone. He had a fresh start at quarterback with Andy Dalton and Justin Fields. Now his offense would work. Everything would be fine. Now three games into 2021, the Chicago Bears boast the 32nd overall offense in the NFL. They just delivered their worst performance in decades, barely netting over 100 total yards and letting Fields get sacked nine times. Olin Kreutz saw visions of 2010 in New York but somehow worse.

People can try to make excuses about the talent not being all that great. This though just isn’t true. Sure, the Bears may not be loaded on offense but they have enough ability on that roster to at least be average. A Pro Bowl receiver in Allen Robinson. A Pro Bowl-caliber running back in David Montgomery. Capable guards in Cody Whitehair and James Daniels. Promising youths like Darnell Mooney and Cole Kmet.

This offense is way too physically gifted to play like that.

So when Nagy keeps saying they need to find “the whys” of what went wrong, a staple of his press conferences, people have started to roll their eyes. Kreutz has seen more than enough. The six-time Pro Bowl center has been outspoken on Nagy’s offense in the past. After the debacle in Cleveland, he delivered a line on what he thought about the whys that had former teammate and NBC Football Aftershow co-host Lance Briggs in stitches.

Olin Kreutz is great for so many reasons. One of the biggest is not being afraid to tell it like it is. There is no defense of Nagy at this point. His offense has consistently been one of the worst in the NFL since he arrived back in 2018. Constant changes at quarterback. Overhauling most of his staff. None of it has worked. The results remain the same. The only time the Bears actually resembled a functioning offense was when Bill Lazor took over play calling last year. It wasn’t great but it was better. Nagy is hurting this team by insisting he knows what he is doing when all the evidence says otherwise.

Now his job might be in jeopardy and nobody is all that upset about it.