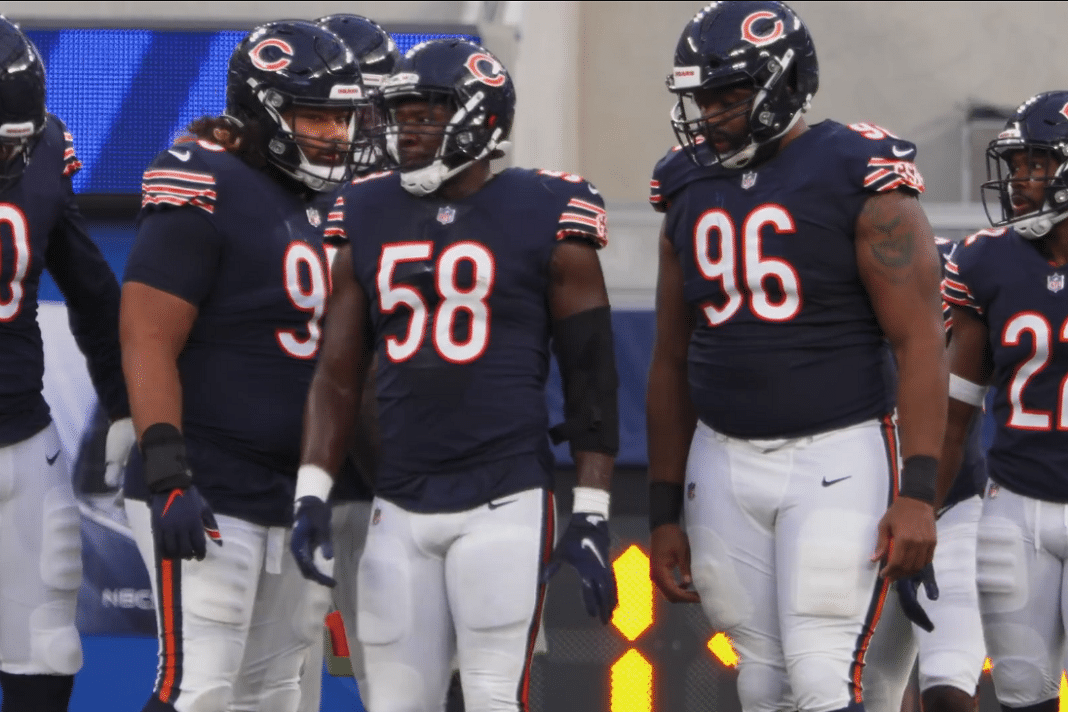 It doesn’t look like the Chicago Bears defense is going to be its usual good self this year. They have a number of problematic holes on their depth chart. Especially in the secondary. Not to mention some serious concerns about age. While no sweeping changes should be expected this season, they are likely coming next spring. Though a depressing thought, there is definite room for optimism. This comes in the form of Roquan Smith.

More than ever, it’s becoming apparent that he is the future of the Bears defense. Already coming off a season in 2020 where he should’ve gone to the Pro Bowl, nothing changed that perception on Sunday night in Los Angeles. A game where he collected 11 tackles. Yet that isn’t what stood out the most from the contest. It is what happened in the defensive huddle. Without Danny Trevathan, the job of relaying play calls and making adjustments on the field fell to the 24-year old.

It was the latest test of him as a leader.

Up until now, that wasn’t something typically demanded of him. Others like Trevathan and Akiem Hicks handled those duties. Could Smith carry the responsibility? Absolutely he could. That was proven when the Bears mic’d him up for the Rams game. Just listening to him on the field, it’s clear how much he has matured. Not only was he displaying terrific awareness of what L.A. was running on offense, but he was constantly pushing his teammates to play harder.

This is the sort of thing fans had been waiting to see. It’s one thing for Smith to be a really good player, which he is. They wanted to see if he could finally follow in the footsteps of Brian Urlacher and Mike Singletary. Being the vocal presence in the middle who gets everybody lined up and pushes all 10 other defenders to give their best on every snap.

Roquan Smith will be the one the Bears rebuild around

It is easy to see a defensive transition is coming. The Bears are overburdened with too many older players on expensive contracts. With Justin Fields on the team now, they must start working to get more help around the young quarterback. That means making some difficult sacrifices on defense. Trevathan and Robert Quinn are likely cut. Akiem Hicks may not return as a free agent. Even Khalil Mack might get traded.

This reality means that the future of the defense will fall squarely on the shoulders of Roquan Smith. He will become the pillar around which the team looks to reload that side of the roster. Thankfully he may not be alone. Defensive linemen Bilal Nichols and cornerback Jaylon Johnson look like two other long-term pieces as well. This makes the job of rebuilding on the fly much easier.

The next step is figuring out how to make sure he stays in Chicago. Smith’s rookie contract is nearing its end. The Bears picked up his 5th year option. So he is under their control through 2022. That said, it’s a safe bet they will want to get him locked up to a long-term extension sooner rather than later. Once that is done, they can start focusing on how to get him more help to do what he does best.