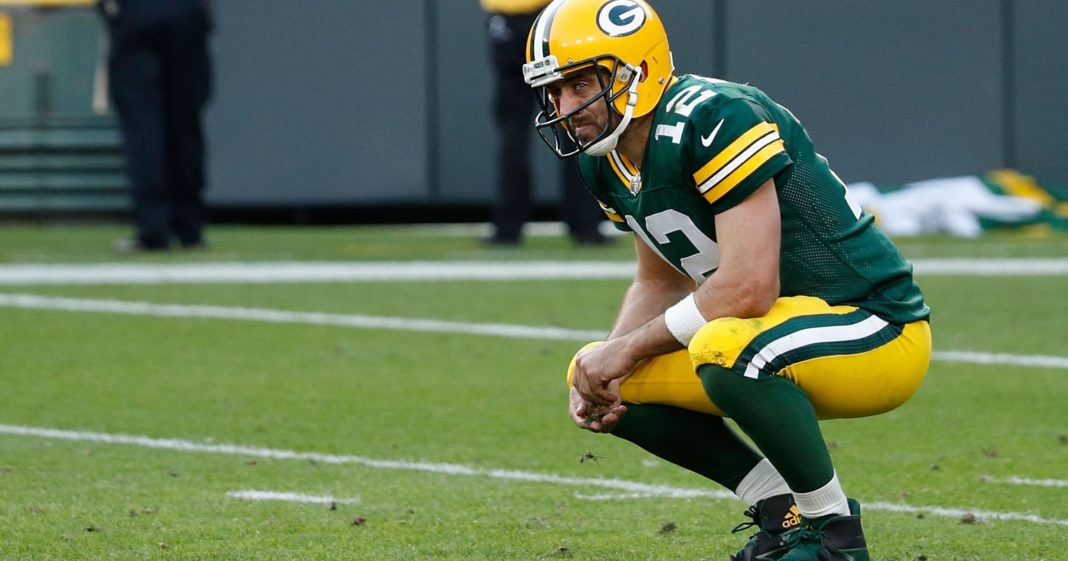 Now that Championship Sunday has passed us by, many of us will be looking forward to Super Bowl LV and how to bet it. Some of us though, are still going through the pain of betting on the Green Bay Packers to beat Tom Brady and the Tampa Bay Buccaneers yesterday. There were tons of hilarious reactions on Twitter to those of us who were unfortunate enough to bet on Green Bay and some from the lucky ones who decided they had enough of betting against Brady.

Bad beats, major payouts, season-long futures, and huge wagers, are some of my personal favorite tweets from the highly competitive sports-betting world during the AFC and NFC Championship Games.

The underdog Buccaneers ended up upsetting the No. 1-seeded Packers 31-26 yesterday, and the game was a blast to watch. The Bucs took a huge lead, but the Packers came back to make it close and gave every bettor a heart attack by the end of the game. Packer’s head coach Matt LaFleur then proceeded to rip every Green Bay ticket holder’s heart out by kicking a field goal in the red-zone down 8 with 2 minutes to go. The reactions were priceless.

That's the worst coaching decision of the season. In a season FULL of them. LaFleur should be embarrassed. Pathetic.

Glad I wasn't around hours ago for the argument between go-for-it vs. FG models in the early game. I may have lost my sanity. Time to go back to the couch.

the morning text I needed after betting my rent on the packers 🙏🏽 pic.twitter.com/l9vlNYBFzm

I lost 7k betting on the packers tonight. I was weeping in bed when the gf called for a goodnight chat. She asked what's wrong, I told her I lost a lot of money on a bet. She said "Danny, you're a genius, why would you be so stupid to bet against Tom Brady?!"

I love her so much.

Some were able to bet for the first time over in Virginia after sports gambling was finally launched in the state. Not bad for my man Jeff there going 2-1 on his first day.

The funniest tweets are the ones that you may have seen already because they have spread around the Twittersphere fairly quickly, but if you haven’t seen them yet, here they are in all their glory.

My life is ruined. I bet my house on my favorite player, Aaron Fraudgers, winning today. Now I am homeless all because Fraudgers CHOKED
as usual🤦🏿

Aaron Rodgers last 15 playoff games, 7-8 (favored in most) but Fraudgers fans might as well see that as 7-0 because when the packers lose its “not” his fault, it never is🙄. Aaron Rodgers deserves blame but you guys don’t wanna admit that cmon now.

This is ridiculous Aaron fraudgers stole my TV I told him to stop, I’m watching the real MVP(Patrick mahomes)when I said Patrick maGoat was the real mvp all his corny and brainwashed fans came after me, thankfully it was the playoffs so fraudgers disappeared

Packers bettors were extremely confident that they would win their bets before and after the game.

Oof, better luck next time Matt. I’m talking to both Mr. Bernhardt and myself, who also made the horrendous mistake of betting against Tom Brady. But really, I think we should all blame another Matt.

Matt Lafleur has to be fired right?

I don’t know if I’d go that far Dave, but man, that was an absolutely atrocious call that very well could have cost them the game.

Whether you are a sports bettor or just a Chicago Bears fan, you will surely appreciate this amazing comparison of Aaron Rodgers and former Bears QB Rex Grossman. Grossman led the Bears to Super Bowl XLI in 2006, where they would end up losing to Peyton Manning and the Indianapolis Colts. Still, the legend known as Sexy Rexy has played in just as many Super Bowls as the Packer’s QB. Twitter made sure to let everyone know that with this hilarious Tweet.

You knew something like this was bound to happen after the Packers lost yet another NFC Championship game. However, at least they are getting there consistently. The Bears have been to 2 of said games in the last 15 years, so while Rodgers may be 1-4 in them, they do enough to get there. The Bears don’t do nearly enough of that to be making fun of anyone.

I’m looking at you, Ryan Pace. 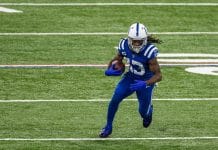 If The Bears Nab Russell Wilson, Who Could He Lure To Chicago? 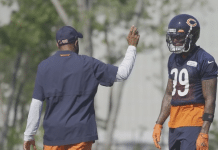 Sean Desai Warns Bears Defense The Honeymoon Is Over 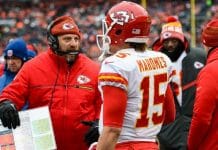 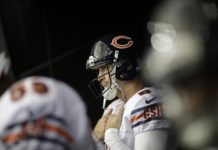 This Touching Story Reminds You Jay Cutler Was Kind Of Awesome