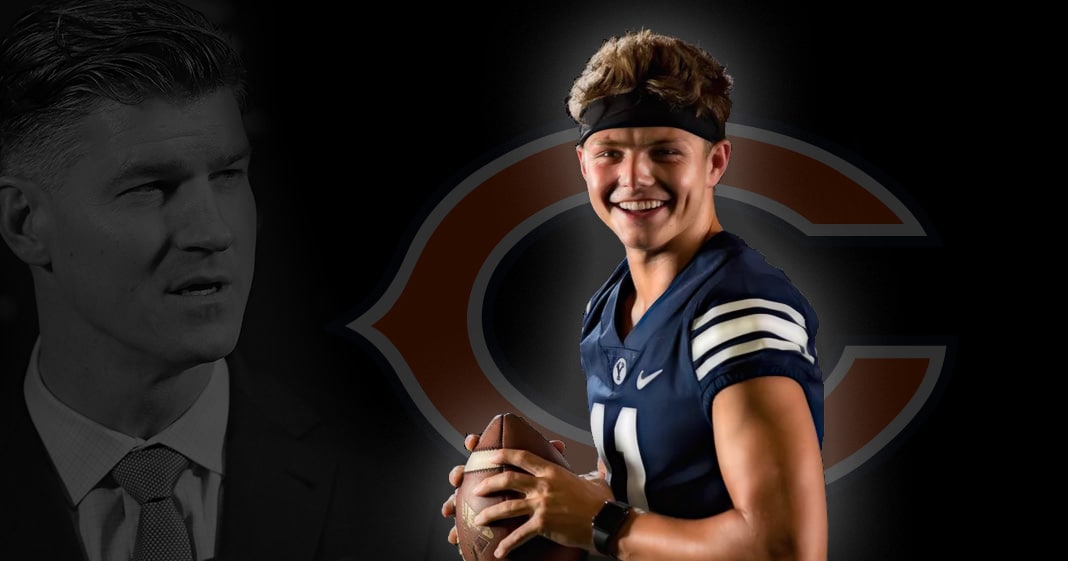 The Chicago Bears will focus on the veteran market first when it comes to their quarterback conundrum. That is not surprising. Head coach Matt Nagy and GM Ryan Pace know they have to win immediately in 2021. They can’t afford to take the patient approach if they can avoid it. That means Deshaun Watson, Dak Prescott, Matt Ryan, and others will be discussed.

However, the odds are never high of landing a top name like that. So the Bears will have to be prepared for the possibility they can’t land someone they want. That means due diligence must be done in preparation for the upcoming NFL draft. The big question is if the Bears go this route, who will end up being their primary target?

That depends on what they plan to do.

Will they stay put at #20 overall or will they be aggressive and try moving up for their guy? Knowing how this regime thinks, the latter feels like the more likely scenario. If they smell an opportunity to move up, Pace is the sort of GM who will seize it. Don’t be mistaken though. This isn’t Pace’s show anymore. This upcoming quarterback will Nagy’s call.

So people should stop evaluating the position based on Pace’s known preferences. What will Nagy be looking for? What will he prioritize? This is difficult to answer since the Bears have kept their QB evaluations a closely guarded secret since he arrived in 2018. However, there are bits and pieces to help point the way.

Among the names they’ve known to have actively had an interest in during that span include Baker Mayfield, Lamar Jackson, Gardner Minshew, Jake Fromm, and James Morgan. While the talent differences in that group are obvious, is there a particular trait that seems to connect them all?

Matt Nagy is looking for field vision and poise

This is the common theme with all of those names. They have the ability to stand from the pocket, survey the field and find the open man. All in the critically short space of time from the snap to hitting their back step on a pass play. They’re able to move from one progression to another as well without losing control of their mechanics. A persistent issue that has haunted Mitch Trubisky since he got to the NFL.

So looking at the current crop of prospects, which one jumps out as the guy Nagy would want? Obviously, Trevor Lawrence of Clemson tops the list but he’s going #1 overall to Jacksonville. So he’s not on the table. No, the one name Chicago will have circled on their board as somebody they must try to get is Zach Wilson of BYU. Everything about his game both mentally and physically fits what Matt Nagy wants to do.

“In fact, his ability to throw the ball with timing and anticipation is elite. His production in the clutch has been money in several instances in 2020. He plays with the poise and moxie reminiscent of a high NFL draft pick.”

Not only does he climb the pocket and evade pressure here, but he delivers a dart ACROSS his body on the post. He’s a guy the #Bears need to keep an eye on. pic.twitter.com/rIEGPcTzhG

Zach Wilson with a celestial dime without his feet set stepping up into the pocket. Gotta make that play for him. #BYU #BYUFootball #ESPN960 #GoCougs pic.twitter.com/VloMyss0QA

Wilson has all the traits that connect to previous Bears targets

He’s big enough, athletic, boasts a strong arm with good accuracy, and plays the game from the pocket first. He keeps his eyes down the field and isn’t afraid to be aggressive. This is why it isn’t a surprise plenty of people see him going in the top 5 come April. Some even think he’ll beat out Justin Fields as the second quarterback off the board.

So why isn’t Fields the guy? There is no question the Ohio State product is a freak of nature physically. Size, arm strength, accuracy, and mobility? It’s all there. His problems lay with the nuances of the position. Reading coverages, playing comfortable from the pocket, and being able to come off his first read. There are repeated instances of this being a problem.

The odds of the Bears moving into the top 5 all the way from 20th overall? That is remote. However, if by chance Wilson somehow slips towards the bottom of the top 10, that is when fans will really want to start paying attention. Wilson is the sort of quality talent who can make Matt Nagy (and Chicago fans) very happy.