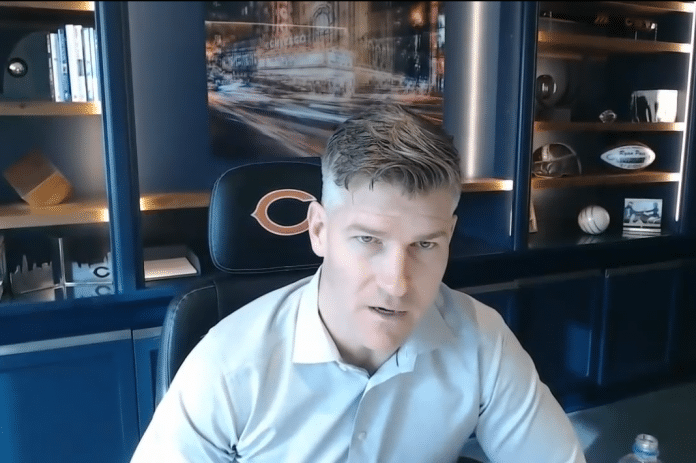 Ryan Pace arrived in 2015 with a gigantic challenge ahead of him. He inherited a Chicago Bears team that was aging (oldest roster in the NFL), overloaded with bad contracts, and suffering a lack of success in the draft. Especially on the offensive side. This led to the team leaning on bold trades and free agency to plug the gaps. It worked for a time but eventually caught up to them by 2014.

Pace came in with a promised new approach. A heavier focus on drafting and developing young players. Calculated spending in free agency. For a time he held true to that promise. However, before too long a problem emerged. One that seemed oddly familiar. Too few draft picks due to aggressive trades. Poor selections on the offensive side. Bigger contracts offered in free agency to mitigate the damage.

Despite the promises Pace had made, he encountered the same exact failings as his predecessors Jerry Angelo and Phil Emery. Despite coming from New Orleans, an organization with a terrific track record for building strong offenses, the GM hasn’t been able to do the same in Chicago.

All taken between the 1st and 4th rounds since Pace arrived. All proving to be disappointments to varying degrees. It hasn’t helped that Pace has now traded three 3rd round picks, a 2nd round pick, and three 1st round picks in exchange for Trubisky, Miller, Khalil Mack, and now Justin Fields. This has hindered their ability to keep their roster stocked with young talent, forcing them to lean on cheap veterans and lower draft choices. It is difficult to win in the NFL when this is the case.

Ryan Pace can’t hide from his mistakes for much longer

Despite his strong connection with the McCaskey family, it’s becoming clearer that his past is finally catching up to him. That trade for Mitch Trubisky in 2017 was going to be the defining moment of his career. As was the hiring of head coach Matt Nagy a year later. They were supposed to be his Drew Brees and Sean Payton. The pairing that would carry Chicago to consistent success in the years to follow. Sadly, both men proved inadequate to the task.

Trubisky struggled after a promising 2018 season. He eventually departed this past offseason. Nagy was able to shield himself from blame because of those issues. However, with Trubisky out of the picture and the passing offense worse than ever? The head coach can’t hide anymore. All signs point to him being gone as well. The only person left to discuss is the man who brought them both in. Ryan Pace.

He failed in his promise too.

He sold the Bears on a plan to get this team on the same level as Green Bay. To make them a consistent contender. Presuming the rest of 2021 unfolds as expected? He’ll have failed to produce a winning record in six of his seven seasons in charge. That more than anything is grounds for firing him.