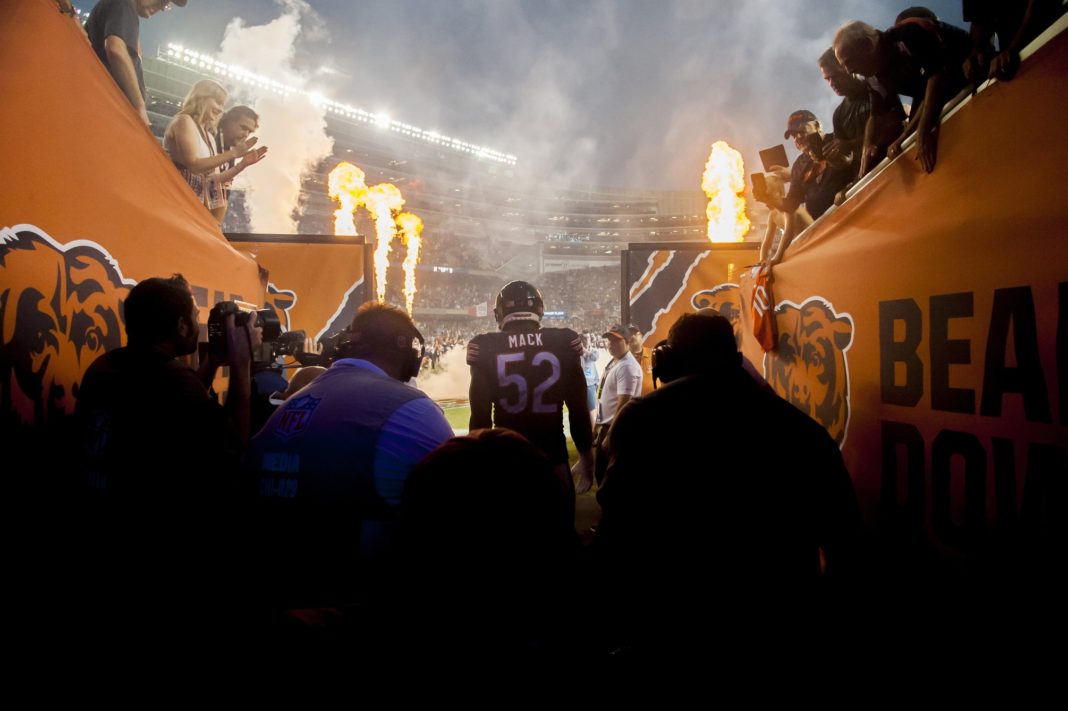 The Chicago Bears won the NFC North in 2018 by going 12-4 with a game-changing defense and what appeared to be a rising star in quarterback in Mitchell Trubisky; however, they missed the playoffs one year later going 8-8 and have more questions than answers heading into 2020. So, what is the formula for bouncing back this upcoming season?

In order to understand that question, we must first take a look at how they have fared against their division rivals.  Head Coach Matt Nagy owns a sparkling 9-3 record vs. their longtime NFC North rivals under his guidance. The club has swept the Vikings and Lions the past two seasons, while the Bears have dropped three of their last four games to Green Bay.

Until Aaron Rodgers retires, the Bears will always have to deal with the Packers if they hope to get back to the playoffs. The reigning NFC North champions currently have the best odds (+1800) within the division to win Super Bowl 55. According to Sports Betting Dime, the Bears have the 3rd best odds (+3500), amongst their divisional counterparts, with the Detroit Lions having the worst odds (+8000).

Nevertheless, this club hit the skids early on during the first half of 2019 and it just was not based on offensive struggles. The defense fell off as well, most notably struggling against the run. When it was all said and done the year culminated in a lackluster .500 record, which was good enough for a third-place finish in the NFC North.

Many argue defense wins championships, and if the Bears have any hope of repeating the success they had in 2018, Khalil Mack and company are going to need to rise to the occasion. The addition of defensive end Robert Quinn, coupled with a healthy Akiem Hicks, could be just what the doctor ordered, as they should help free up Mack to more one-on-one matchups.

So what can the Bears do over the next few months to show that they were not a one-hit-wonder in 2018?

Veteran guard Kyle Long opted for retirement and just recently, the franchise parted ways with wide receiver Taylor Gabriel, linebacker Leonard Floyd, cornerback Prince Amukamara, and safety Ha Ha Clinton-Dix. The team has some salary cap room to work with (via Spotrac) and that is good considering the club does not have its full share of draft choices thanks to General Manager Ryan Pace’s various moves.

The good news is that the Chicago Bears do not have many potential unrestricted free agents, as they have already negotiated a deal with linebacker Danny Trevathan and with the addition of quarterback Nick Foles, Trubisky will have actual competition for the first time in his career and could bring out the best in No. 10.

No matter what happens, the fans are itching to Bear Down and football cannot come soon enough.