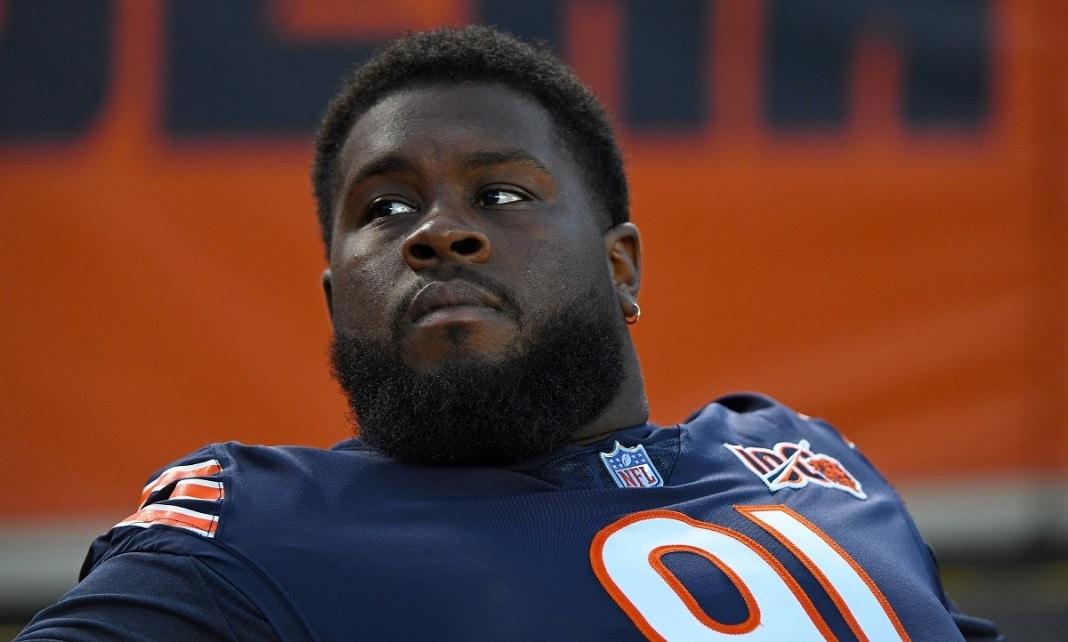 By far the most puzzling situation for the Chicago Bears this year is what continues to happen with Eddie Goldman. At the end of 2019, nothing seemed amiss. The nose tackle was emerging as one of the best at his position in the NFL. Then the pandemic hit. Like many players, he decided to opt out over fears of health issues. Nobody judged him too harshly for that.

However, in the past few months, it has become more and more difficult to figure out where Goldman’s head is at. Things began getting weird around the time of OTAs. He didn’t show up for practices. Okay, fair enough. They were voluntary anyway. Then it shifted to mandatory minicamps. Again Goldman was a no-show. Suddenly the rumors began. Was he hurt? Was he considering a second opt-out? Even head coach Matt Nagy had few details of what the 28-year old was thinking.

Fans weren’t the only ones thinking this either. Brad Biggs of the Chicago Tribune reiterated in a recent article that several people within the industry thought the retirement talk wasn’t crazy. Goldman might actually be considering it. Then he showed up for training camp.

“Multiple sources said through the offseason and early in summer there was a growing belief Goldman could retire from football after opting out of the 2020 season because of concerns about the pandemic. Goldman did not participate in the voluntary offseason program and skipped mandatory minicamp in June, incurring a $93,085 fine and raising questions about his commitment to the team.”

Things didn’t end there though. If anything, they’ve only gotten stranger. Health setbacks began to manifest almost from the jump in camp. First it was a back problem. Then it was a bout with COVID-19. Goldman didn’t make an appearance in the preseason until the finale. Now he is dealing with a knee issue. One that he has managed to practice with the past two weeks only to stop before the end of the week both times. Jason Lieser of the Chicago Sun-Times even said the feeling at Halas Hall was the nose tackle is ready to play but continues to bow out.

[RE: Eddie Goldman] Great question because this would’ve been the third game. My understanding is that they have legitimately continued to think he’s ready only to find that he’s not. It’s a very strange situation. https://t.co/w8awM5p6WN

Eddie Goldman has always been a different kind of person

Teammates and coaches alike point out how quiet he is. Doesn’t say many words. He’s difficult to get a hold of away from the locker room. Very introverted. While this never impacted his play on Sundays, it’s fair to wonder if things have changed. During his six years in Chicago, the man has made just over $25 million. That is a lot of money. With his 30th birthday drawing closer and the pandemic showing no signs of ending, is it possible he is having an internal struggle over whether he needs to play anymore?

The longer this goes on, the more it seems that way. Maybe the knee issue is that bad but based on how the Bears have talked about it? They don’t think so. One thing is for sure. Eddie Goldman is getting to a point where the organization has to start thinking about life after him. They already didn’t have his services in 2020. Now he continues to find himself off the field for one reason or another. The best ability is availability as the saying goes.

As good as Goldman is, he’s far from irreplaceable.

The Bears will be able to cut him next offseason for $6.66 million. It would be an unfortunate loss. He is such a good player. However, football is a hard game. It takes a full commitment mentally and physically. If Goldman isn’t all in on either one? Then stepping away is probably best. Both for himself and the organization.