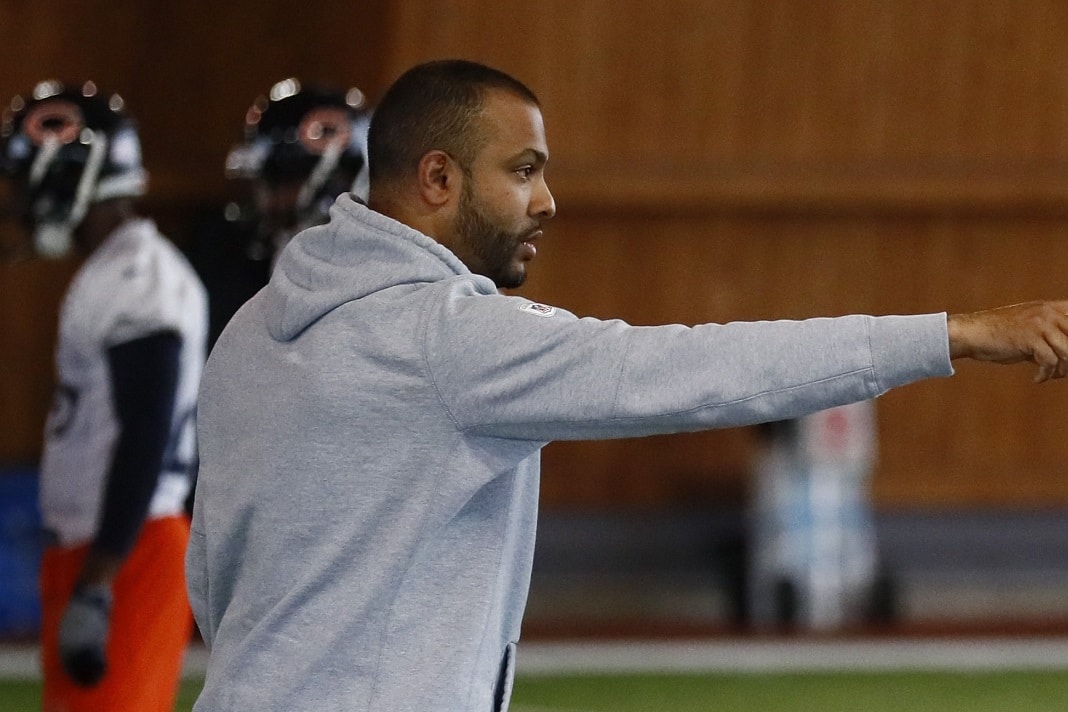 Matt Nagy probably wasn’t going to lure any top candidates for the Chicago Bears defensive coordinator job. With no long-term security beyond 2021, it’s often tough to secure such coaches. So he had a choice. Settle for an outside candidate willing to take that risk or go with somebody in-house. After some interviews and deliberation, Nagy chose the latter, promoting safeties coach Sean Desai to run the Bears defense.

This is quite a story. Coming from a family of Indian descent, Desai earned a doctorate in education administration. He actually taught courses at the college level. He could’ve chosen the path of a professor at a prestigious university. Instead, he followed his dream of becoming a football coach. It began in 2007 as a graduate assistant at Temple. It was there his path on the defensive side of the ball was pretty much set.

Desai would soon get an education from a number of quality minds.

It began with Al Golden. The man was the head coach at Temple in 2007 and respected as a defensive specialist. As a coordinator at Virginia, he took a unit that was 75th his first year to 50th his second and then 26th his third. By his fourth year, they made it all the way to 18th. This success is what led him to the Temple job in 2006 where he’d have similar success turning their defense around. His first year they were a distant 118th in college football. The next season, Desai’s first with the program? They jumped to 54th.

After several years learning from Golden, Desai spent a season at Boston College where he got to serve under Frank Spaziani. He was one of the better defensive coordinators in the country from 1999 to 2008 at that program, producing a top 20 defense multiple times. Hence why he was eventually promoted. The lessons learned under these two men helped Desai earn an opportunity as a quality control coach for the Bears in 2013.

A lot of what I'll be showing is the ideals that Staley has talked about and Fangio has shown when he was in CHI. All three worked together and have the same innovative thinking. In today's NFL the objective is to create a numbers advantage in pass game

97 is two gapping. B and C gap. pic.twitter.com/0epFS0LlUn

Weak side of the field is in man
(LB on RB, CB on WR in outside leverage)

Strong side of the field has a 4v3 numbers advantage

That allows them to squeeze the receivers and "play faster"

EJack is reading only two guys because those are the only immediate threats pic.twitter.com/JG2020RnNh

Most people will remember the 2013 and 2014 Bears defenses as arguably the two worst in franchise history. It wasn’t a great time during the Mel Tucker era. That said, Desai still had a chance to learn from some solid coaches on the staff including defensive line coach Mike Phair and secondary coach Jon Hoke. Both still among the better assistants in the NFL today.

It was in 2015 though that Sean Desai really got his big break. That was when Vic Fangio arrived. Most view him as one of the three or four best defensive minds in the NFL. He’s produced top 10 defenses everywhere he’s been and the Bears were no different. He had them there in his first season and by 2018, they were #1 in all of football. Desai had a front row seat for all of it as his right-hand man in the booth.

It’s Fangio’s scheme that he will likely run.

Similar to what Brandon Staley did in Los Angeles this past season for the Rams. A two-high safety scheme with the idea of creating a numbers advantage in the passing game. One of the problems that people believe emerged under Chuck Pagano was he shifted more to a Cover 3 look. One can’t create that advantage in Cover 3. This is why the Bears sought coaches with the two-high safety approach.

After careful consideration, Desai got the nod. He’s plenty smart enough and has been well-groomed for the opportunity.