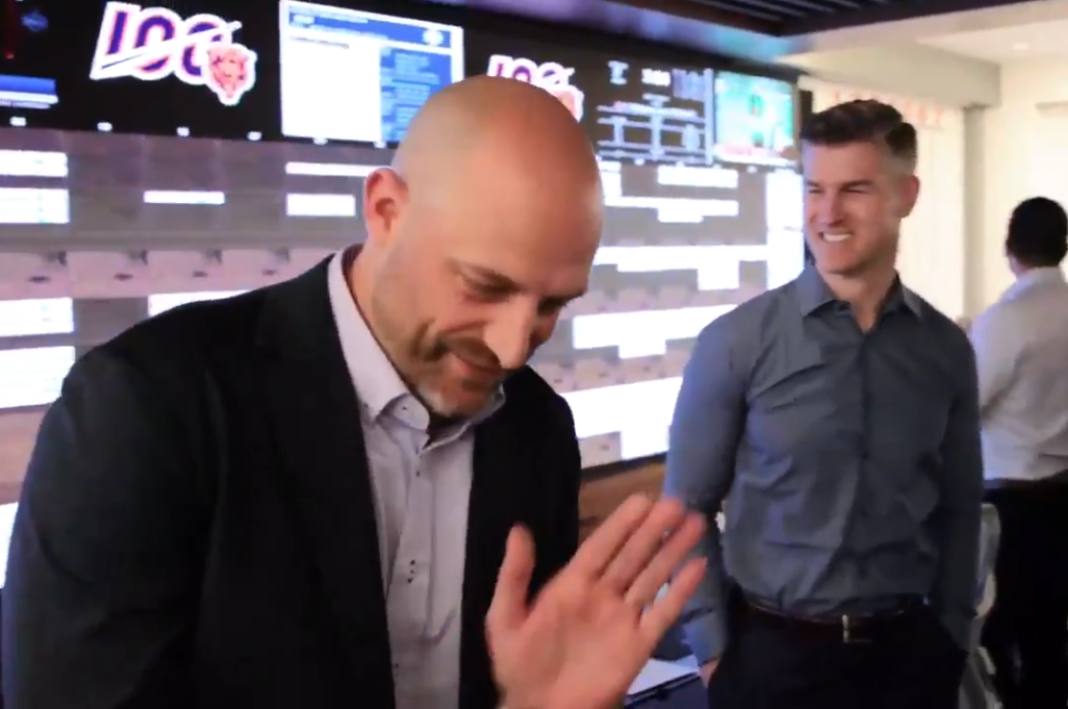 George McCaskey had to know what he was getting himself into when he appeared on camera for the first time in months. The Chicago Bears chairman had read the hate mail. Fans were irate. They were tired of the mediocrity. One winning season in the past eight years? No playoff wins? Unacceptable. This organization should have higher standards. It needed to start by holding Matt Nagy and Ryan Pace accountable.

McCaskey then announced to the world that the head coach and GM would be staying put for another year. He admitted it wasn’t a popular decision, but believed that it was the right one for the Bears. When asked why? He cited the strong relationship Nagy and Pace have as a driving force behind it. They work well together and have the leadership and character traits necessary to get this team over the hump.

For most people, it was nothing but a bunch of hot air.

To them, McCaskey was just another conservative owner who didn’t have the guts to make a change. Emotions that are easy to understand. Still, it’s fair to ask the question. Is he wrong? If one were to take a step back for a moment and truly examine the situation they might find out that it isn’t an empty statement. While the end results haven’t always been great, there is proof that Nagy has been a positive influence on Pace since he arrived three years ago.

One thing people can say about Pace? The man knows how to build a defense. His track record is hard to argue with in this regard. Looking back over his draft history, he’s added some standout talents like Eddie Goldman, Eddie Jackson, Roquan Smith, Bilal Nichols, and Jaylon Johnson. When it comes to the offensive side though? It hasn’t been so hot. At least not until Nagy arrived in 2018.

When looking at the two lists, one thing is pretty clear. It’s become far less of a roller coaster when Nagy arrived. While Pace did have some nice highs like Whitehair and Howard, he also had some brutal lows such as White and Grasu. Since Nagy arrived, the lows haven’t been nearly as deep. Daniels, Montgomery, Kmet, and Mooney are all starters and solid players. Even Miller has had his share of bright spots despite the ongoing inconsistency.

Wims, Hambright, and Simmons can’t really be called flops because all are 7th round picks. Keep in mind Matt Nagy has managed to do collect that talent without a single 1st round pick. Daniels and Kmet are 2nd rounders. Montgomery was a 3rd and Mooney a 5th. Will 2021 be the first opportunity he gets to help Pace secure a potential offensive star?

That is certainly the hope.

If the Bears don’t get the offense fixed this coming season, they have little chance of navigating their 2021 schedule back to the playoffs. McCaskey staked what little reputation he has left on the relationship between Nagy and Pace. While people may not like that, it’s important to understand that the decision wasn’t made completely without merit. The two have worked well together. Perhaps one more offseason could be the ticket.