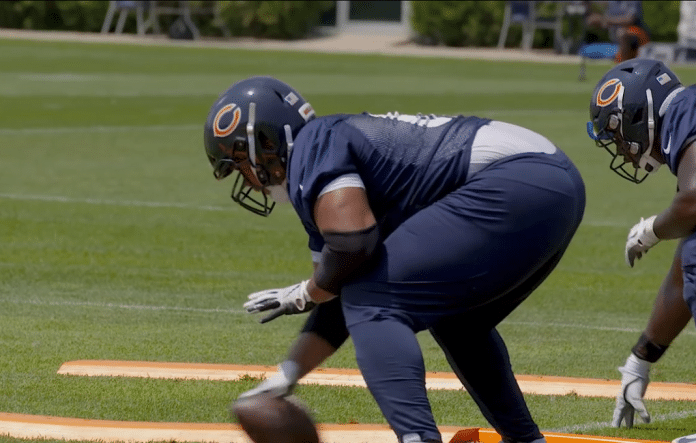 When thinking about the practice squad, most Chicago Bears fans just shrug. It’s little more than an extra drawer full of all the utensils in the kitchen that will almost never be used. It is where teams stash emergency depth options and their scout team players for practice. For the most part, this is hard to argue. However, the practice squad has served another purpose too.

It can be a great way for teams to stash players who have talent but they feel aren’t ready for the NFL. The common term for such players is “projects.” Most of the time these projects don’t come to much of anything. However, there are exceptions. Players who rise up from the practice squad, crack the main roster and go on to become capable starters. The Bears have seen it a number of times in just the past couple of years.

Bryce Callahan started there as a rookie in 2015. He quickly transformed into one of the best nickel corners in the league. Rashaad Coward started out there as a defensive lineman in 2017 and within two years was starting as both a guard and tackle on offense. The most recent example? Sam Mustipher spent his rookie year on the practice squad, got a chance to play due to injuries last season, played well, and now he’s the Bears’ starting center.

A few players who look like perfect Chicago Bears projects

Even after drafting Khalil Herbert in the 6th round and signing former Super Bowl hero Damien Williams, the Bears still worked to sign Marable as an undrafted free agent. The Coastal Carolina star was an all-around weapon the past two years. He accounted for 2,495 total yards and 33 total touchdowns. He averaged 5.25 yards per carry and made 69 catches during that span. This is a kid that can do a little bit of everything. Teams were just too concerned about his size (5’7) and average speed. If you doubt him, just watch his game against BYU last year. A program that had the 10th-ranked defense in the country.

You can’t teach size in the NFL. McClain has plenty of that at 6’4. He also has strength and capable hands which often enabled him to be a consistent red zone threat despite limited opportunities in college. This is a big part of why the Chicago Bears signed him after the draft. He has the building blocks of a red zone weapon. Can they possibly coax more out of him through proper route running and better fundamentals? That is what the practice squad is made for. This is the sort of talent you want to stash there.

What a story this kid is. Living in the shadow of his father who was a good NFL player himself, Wheatley Jr. failed to emerge as a tight end in college. Rather than give up, he found his way to The Spring League and switched positions. He added a ton of weight and became an offensive tackle. His play was enough to earn him a tryout with the Bears last week at their mandatory minicamps. Clearly, he made a good impression. They signed him to an official contract for training camp. In terms of size and athleticism? He has the goods. It comes down to whether he can learn the necessary mechanics and edge of the NFL level.

This is a tough one. Many consider Snowden to be on par with a draft pick. If not for an ill-timed injury last season, he likely would’ve been selected. When the Bears signed him, several experts felt they got a steal. This is why it’s reasonable to think he can crack the main roster right away. The problem is he’s still returning from that injury and also has a lot of competition. Khalil Mack and Robert Quinn are fixed as starters. Jeremiah Attaochu should make the roster. That leaves Trevis Gipson and James Vaughters as the two guys he’d have to beat out. Not impossible, but he may have to start his climb from the practice squad instead.

Competition is brewing of sorts on the back end of the Chicago Bears insider linebacker position. While Roquan Smith and Danny Trevathan are locked in place, their primary backups Josh Woods and Joel Iyiegbuniwe are not. The team has worked hard to bring in some viable competition. Calitro is one such option. While not the biggest or most athletic, he is a smart player with good instincts. Somebody worth having on a roster in a pinch. If they can’t fit him on the final 53, then he’d be a prime practice squad option.