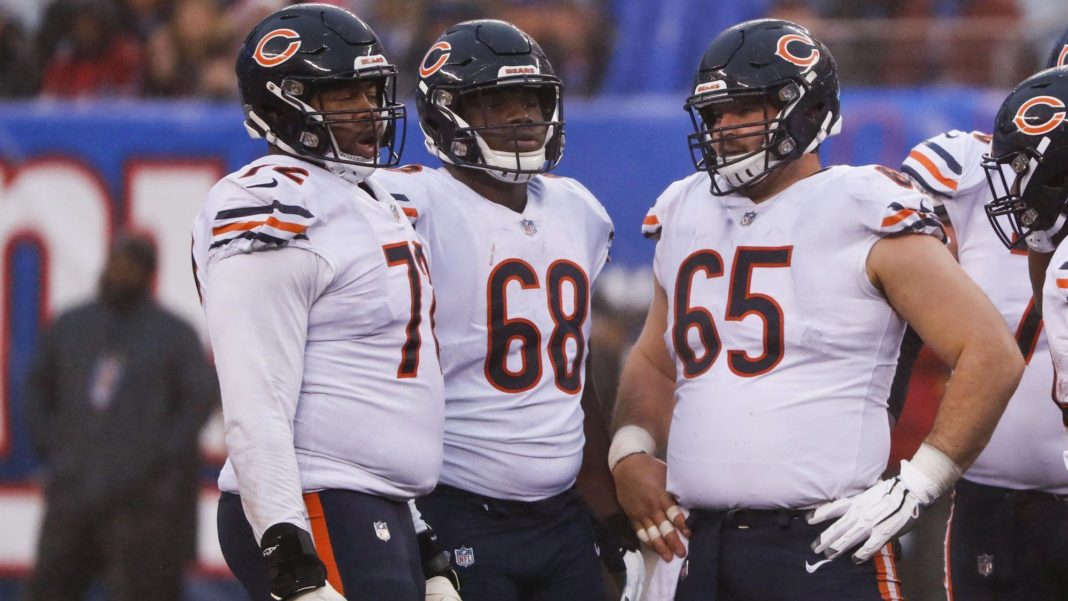 Mitch Trubisky and Matt Nagy have endured most of the heat regarding the issues on offense. The tight end position, which has been virtually invisible this year is right behind them. Others though think the Chicago Bears offensive line is a major culprit. Their blocking, in general, hasn’t been nearly as good as it was in 2018 and it’s throwing the entire system into chaos. It’s left people wondering why the group isn’t function. It’s not like there’s much different from last year.

Aside from Kyle Long going on IR and a switch between Cody Whitehair and James Daniels from at left guard and center, it’s basically the same cast of characters. Through eight games they’ve allowed 22 sacks, have managed to engineer just 3.6 yards per carry on the ground and are blocking for the 29th overall offense in the NFL. There are plenty of theories as to why they’ve experienced such a drop in productivity.

An interesting one came courtesy of an executive from another NFL team who told Jeff Hughes of Da Bears Blog something that a lot of people may have overlooked.

“What have I always told you? We have no idea.

But I don’t understand how they’re running that offense and getting zero from the tight ends. And I’m not sure they have the right athleticism on their o-line to run it either. But I’ll be very surprised if they don’t sign a high profile veteran quarterback in the off-season. And if they sign the right one, they’ll be right back in the mix. Because supposedly the defense isn’t playing very well and they are still one of the five or six best in the game.”

Chicago Bears offensive line may not be built for Nagy

People haven’t actually stopped to ask themselves that question. Is the line built to run an offense like Nagy’s? His West Coast-style offense with spread schemes is reliant on blockers with quickness, technique and an ability to pull and get on the move. The truth is to this point the Bears have added just one offensive lineman in the past two years who fits that style in center Daniels. Whitehair also fits the profile too.

Leno? Massie? Rashaad Coward? Those guys are built more around their size, length, and power. None of them would be considered premier athletes. They don’t move the best. This isn’t their fault. It’s just that they weren’t built to run this kind of offense. Their games were meant more for what the Bears were running two years ago with John Fox and Dowell Loggains. A power running scheme meant to pound the football on the ground.

It’s no coincidence this group started having a little more success when Nagy began incorporating more I-formation in the past few weeks. If one were to look at the other prominent examples of this system around the league in Kansas City and Philadelphia. Neither started to truly take off offensively until they reconfigured the offensive line personnel. It seems the Bears may have to do the same in the near future.