The one thing the Chicago Bears brass didn’t want to happen ended up happening anyway. They were blown out at home by the Green Bay Packers and then blown out again in the wild card round by the New Orleans Saints. In both instances, the defense played well for about three quarters before exhaustion finally overcame them in the 4th. The offense managed just 25 points combined. Not a great look for head coach Matt Nagy or GM Ryan Pace.

This is why there is serious speculation that somebody, if not everybody could end up losing their job within the next week. SM reported that two scenarios were most likely if the season ended this way. Either both men would be fired. Or Nagy would be kept and Pace would be fired. Based on the latest buzz percolating around Halas Hall? It’s drifting towards the latter.

Albert Breer of the MMQB hinted at it after the game on Sunday.

“Some hard decisions are to come in Chicago. The first might be on GM Ryan Pace. After that, the obvious big one is on the quarterback position. And these things are complex, because they relate to a core that’s still strong, but is starting to age a bit.”

Not mentioning Nagy at all is interesting. What makes it even more so is that the head coach reportedly met with players Monday morning. Standard procedure for the end of a season. Would the Bears allow him to do that if he were about to be fired? As for Pace. His status is far less certain. Dan Bernstein of 670 The Score made that clear this morning.

I think Nagy is safe. Wondering what will happen with GM Pace, and some coordinators and position coaches.

Why Matt Nagy and not Ryan Pace? A few key factors

For starters, it’s the contract. Nagy has two years left on his deal. Firing both him and Pace at the same time would cost the Bears around $20 million. That is a lot of money at a time when the pandemic is delivering an enormous blow to team finances. Then there is the fact Nagy hasn’t had a losing season yet in his tenure. Something no other Bears head coach could boast about their first three seasons in charge aside from George Halas.

He’s also made the playoffs twice in three years. Yes, he had a lot of help the second time with an expanded field of seven teams instead of six. Still, he managed to rally the team after a disastrous six-game losing streak to reach eight wins which proved enough to get in. It wasn’t pretty but he managed to maintain control of the locker room and keep the players motivated. Matt Nagy can lead in spite of his flaws.

Pace is a different story.

He only has one year left on his contract, meaning 2021 would be lame-duck situation. It would be hard for him to lure free agents with no future security. The Bears could extend him but why would they do that? Pace has one winning season in six years as GM. Several of his high-profile moves have not worked out. Kevin White was a bust. Leonard Floyd didn’t start playing well until he left Chicago. Adam Shaheen and Anthony Miller have been huge disappointments.

Then of course there are the quarterback moves. Drafting Mitch Trubisky over Deshaun Watson and Patrick Mahomes will probably be written on his tombstone. It’s a decision that could haunt this team for a decade. To say nothing of signing Mike Glennon for $45 million and trading for Nick Foles. None of his big offensive moves have paid off and it’s holding this organization back.

The idea for George McCaskey and ownership would be simple. Bring in a new GM to evaluate Nagy and also give the head coach a chance to pick his own quarterback. It’s not the ideal scenario for a lot of fans, but it is the one that seems the most likely right now. 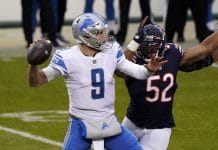 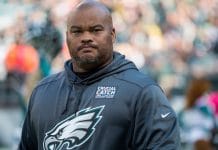 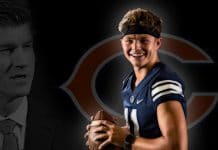