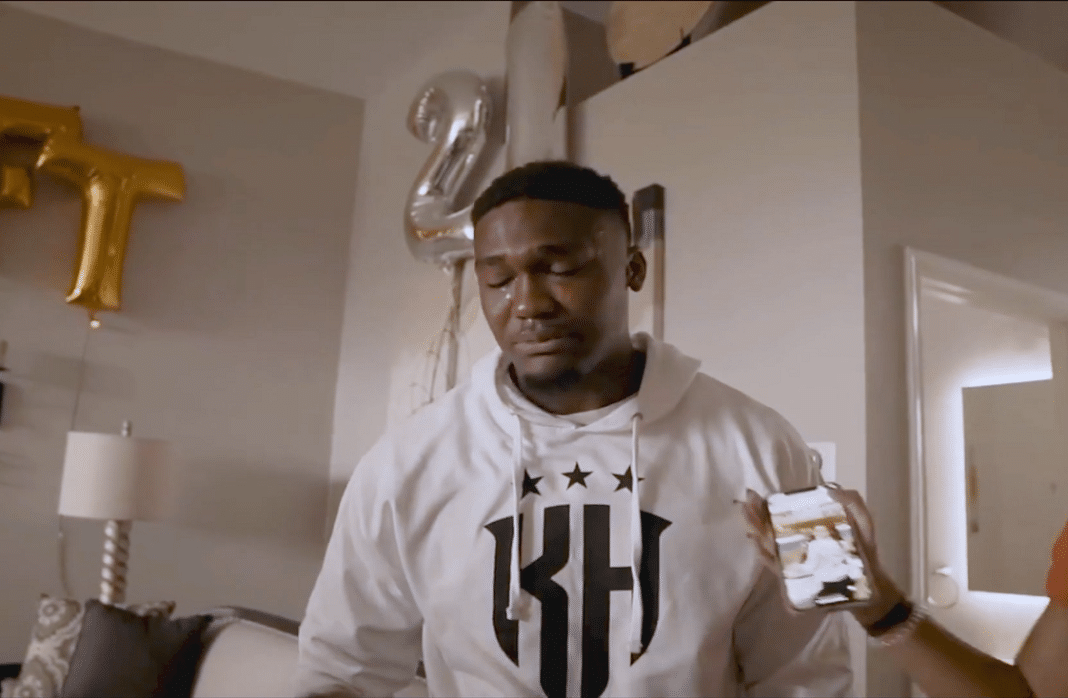 Khalil Herbert had to overcome a lot in his life to reach the NFL. He was never the most talented person on the field. In fact, he wasn’t even the most talented in his own family. So he knew he’d have to work twice as hard as anybody in order to get his opportunities to play. High school wasn’t easy since his teams were generally bad and didn’t win much. That made getting noticed by colleges harder.

Eventually, he secured a scholarship to attend Kansas University. Before that though, Herbert decided to do something unique. He wrote himself a letter. One where he would set his goals for the next five years. Then after that time had elapsed, he’d open the letter to see whether he’d achieved what he had set out to do. The Bears revealed what that letter said during Herbert’s “Meet The Rookies” episode.

Herbert certainly had to fight to make that dream come true. For three years he toiled at Kansas, forced to live as a backup who could only occasionally see the field. At last in 2019, he reached a breaking point. He left the program and entered the transfer portal, hoping a change of scenery might help him. Virginia Tech picked him up, made him a starter, and in 2020 he thrived. This proved enough for the Bears to grab him in the 6th round.

As it turns out? Herbert isn’t the first Bear to do something like this. Somebody who understands that level of forward-thinking is none other than Hall of Famer Mike Singletary. Following the death of his father, the eventual star linebacker knew he had to become the man of the house. So he decided to write out a mission statement. One that would set the bar for how high he hoped to climb.

Khalil Herbert could be more than he appears

Most will look at him, see his 6th round status and likely presume his ability is limited. Several draft experts insist that isn’t true. Many feel the Bears got the running back for way cheaper than they should’ve. If Herbert had gotten a chance to play sooner than he did, his talent would’ve gotten him selected much earlier in the draft. His mixture of size, strength, vision, and underrated speed makes him a capable back.

All he will require is an opportunity. That will prove the biggest obstacle. As of right now, the Bears are pretty strong at the running back position. David Montgomery is firmly established as the starter after a solid 2020 season. Tarik Cohen is returning from his knee injury last year and Super Bowl hero Damien Williams is also in the mix. Khalil Herbert has a lot of work to do.

His best shot to see action may not be on offense.

That will be special teams. The Bears recently lost star kick returner Cordarrelle Patterson to free agency. They have no clear replacement. Herbert showcased ability as a kick returner at Virginia Tech. That might present him with the opportunity he needs to see action. If he performs well? Other possibilities could open up.