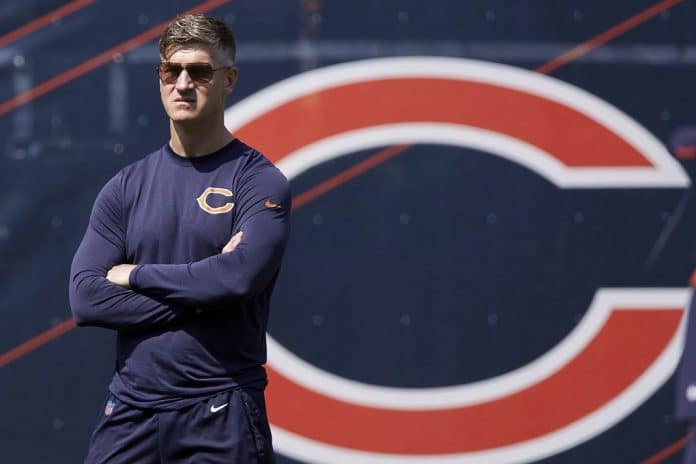 When talking about the state of the Chicago Bears, it’s complicated. There are some good things about this team. Things that can get fans excited. Then there are things that cause anxiety and migraines. Things that continue to hold this team back from being a true contender. This has led many to lay blame at the feet of the two men at the top. Head coach Matt Nagy and GM Ryan Pace. Is that fair or accurate? Jay Cutler has an opinion.

The former Bears quarterback appeared on the Pat McAfee Show. One of the co-hosts, a massive Chicago fan, asked him point-blank if Nagy and Pace are the answer for this team. Cutler took a few seconds to contemplate. Then he provided a rather interesting answer. From the way he talks, it sounds as if he doesn’t think both guys are the problem in this scenario. Just one of them, and it’s not the guy most people keep blaming.

Think about those specific quotes.

“But you can only play what you have on the field.”

It is clear as day that Cutler believes Pace is the bigger problem. He thinks Nagy is a capable coach with an offense that can do well. Sure the system hasn’t functioned as well as it should have the past three years. Most chalk this up to his own incompetence. Cutler doesn’t see it that way. He believes it’s because Pace has failed to give his coach the necessary resources to make it work.

When looking at Pace’s track record on the offensive side of the ball? He has a point. So far in his tenure as Bears GM, the man hasn’t done his job nearly well enough. 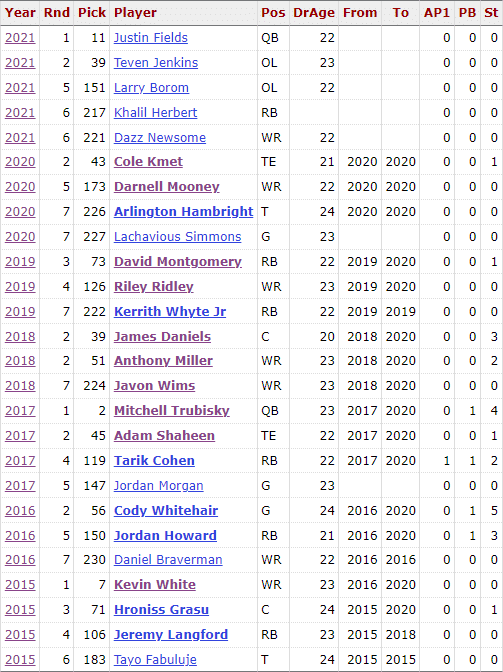 When looking at that list? It isn’t pretty. Three of Pace’s four best picks on offense up to this point are running backs. One (Jordan Howard) hasn’t been on the team for two years and the other (Tarik Cohen) has a torn ACL. Cody Whitehair is probably the best pick of his tenure on that side of the ball. That is not how you build a modern NFL offense. Two big whiffs at wide receiver in Kevin White and Anthony Miller. A 2nd round tackle in Teven Jenkins that already had back surgery.

Is this the guy the Bears really want building around Justin Fields moving forward? Jay Cutler doesn’t seem to think that is wise. Perhaps finding somebody who can give Nagy better blockers and weapons to work with might be best. This is why the decision to not play Fields is so puzzling. He might be the only person who can ensure Pace has a future beyond 2021.

If the Bears regress this season and the offense flounders?

There is a real possibility ownership may decide to hit reset and bring in somebody who can give the young quarterback a proper chance. Pace has a ton riding on this season. He desperately needs young players like James Daniels, Cole Kmet, and Darnell Mooney to take big steps forward. Not to mention Fields playing and looking good. That defense isn’t going to carry the team much longer. Cutler understands that danger better than anybody.