Remember all those times for Chicago Bears guard Kyle Long trashed Matt Nagy after he left last year? It’s fair to wonder if he had a point but people just weren’t ready to listen at the time. One thing is clear. He is no longer the only former Bears player to take a thinly-veiled jab at the head coach. While he didn’t exactly use words, wide receiver Javon Wims didn’t need them to get his message across.

Sunday against the Tampa Bay Buccaneers marked the third time since the beginning of 2020 that the Bears saw a player get ejected for punching an opposing player in the helmet. Wims was the first against the New Orleans Saints. Anthony Miller was the second, again against the Saints in the playoffs. Now Bilal Nichols joins the growing list after taking a swing at Bucs center Ryan Jensen.

Blaming the players for being dumb in those situations is fair.

They have to be smarter. At the same time, seeing this happen three times in less than a full calendar year? That feels like a trend. When such things happen to a football team, the question must be asked. Does this problem stem from the coaching staff? One has to wonder if Nagy doesn’t have as firm of a grasp on the locker room as he’d care to admit. When somebody on Twitter pointed that possibility out, Wims was quick to respond. 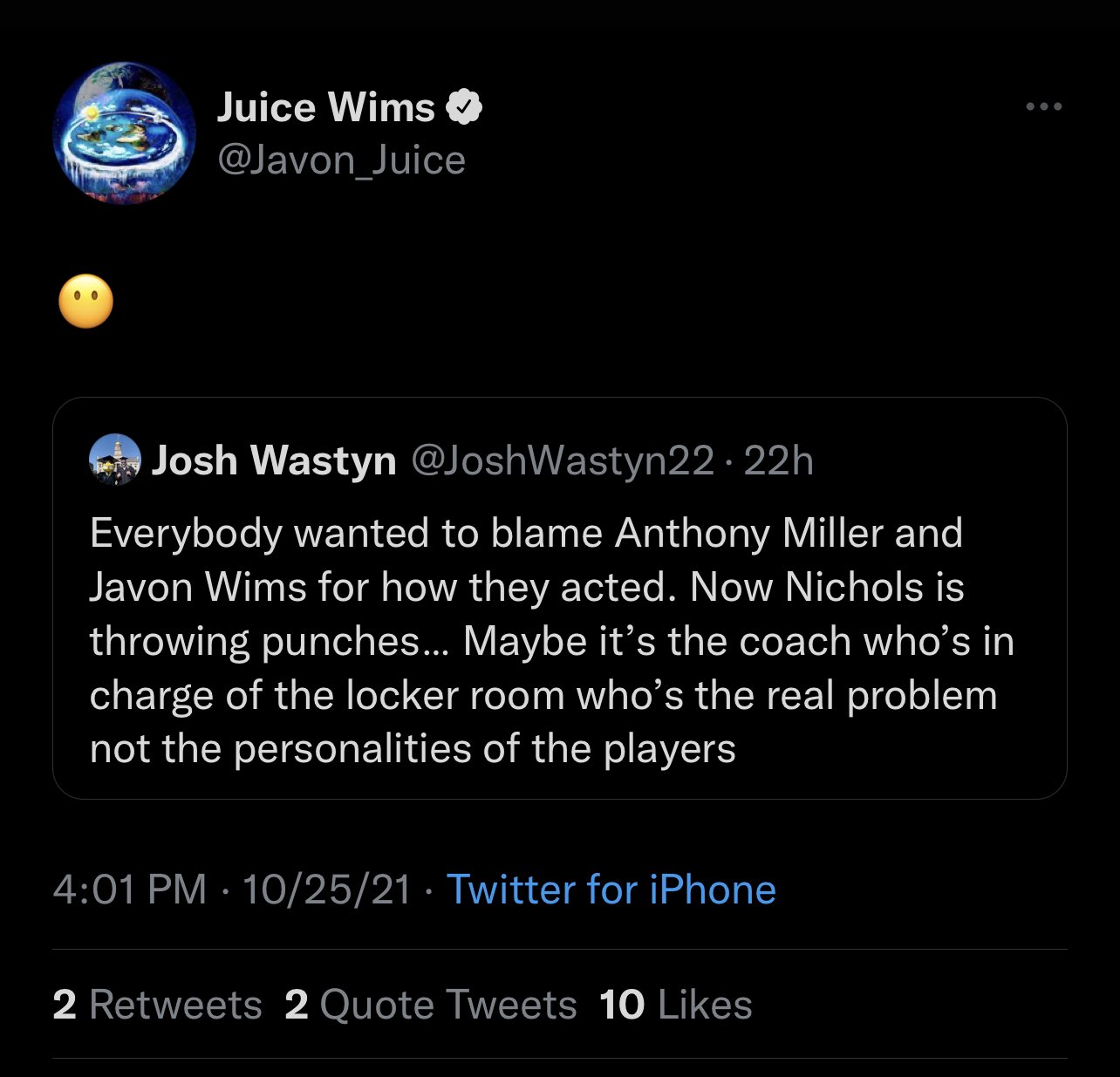 The message is clear there. He is of the same mind. The players aren’t the problem with this team. Nagy isn’t making them better. He’s holding them back. There is an overall lack of discipline, direction, and accountability in that locker room. Signs are growing that players neither respect nor fear Nagy. When that becomes the case? More and more problems start to emerge.

Javon Wims may not have done much during his time with the Bears. He was primarily known for his special teams work and run blocking. The receiver never really took advantage of his opportunities in the passing game. Then again did he ever really have a chance considering how this entire offensive enterprise has looked under Nagy? We’ll never know. He seems to have an opinion on who the real problem is though.