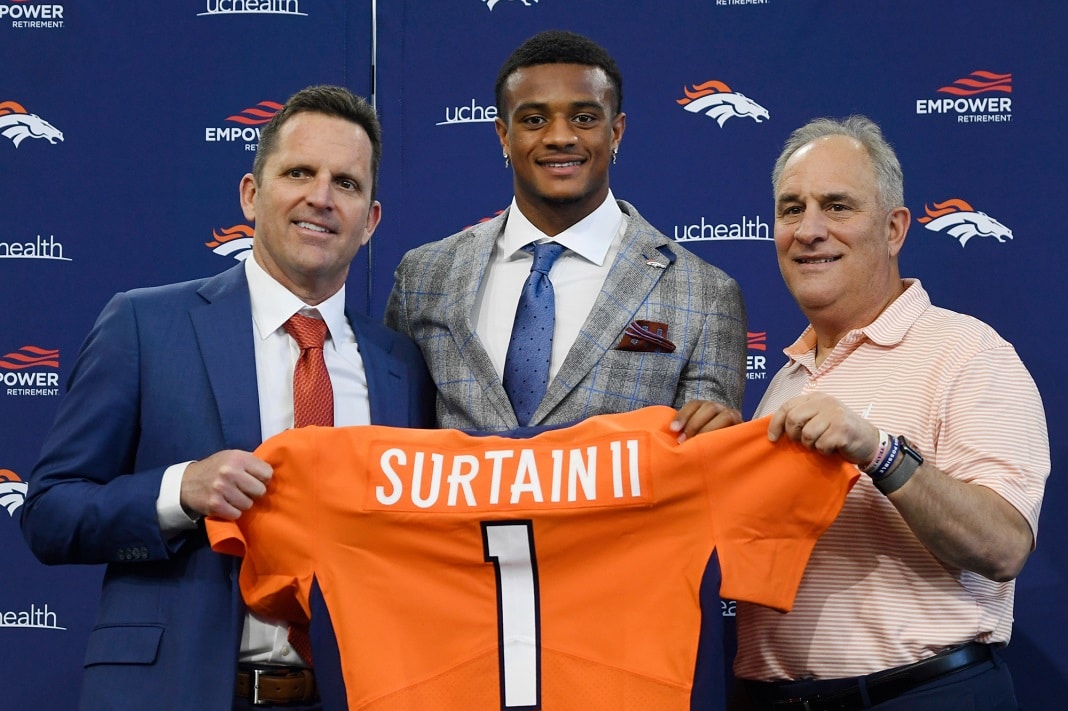 A talent like Justin Fields had no business falling to the 11th pick in the draft. It shouldn’t happen. He spent two years doing nothing but winning at a top program in college football. He got his team to the playoffs twice and the national championship game in 2020. He also accounted for 78 touchdowns and just nine interceptions. What else did he need to do in order to be taken in the top 5?

Nobody could answer that. To the shock of many, Fields fell out of the top 10 and into the waiting arms of the Chicago Bears at the 11th overall pick. Everybody inside Halas Hall were shocked and overjoyed they were able to get him at that spot. It certainly required a lot of sweating things out. There were a couple of times they felt Fields was going off the board. Nevermore so than at the 9th pick with the Denver Broncos. According to Adam Hoge of NBC Sports Chicago, they were prepared to take Fields.

That is until fate intervened.

“Carolina was on the clock at No. 8 and this was the start of an area where trading up for a quarterback was more reasonable – and Fields was still on the board. But no one knew the Panthers were locked in on South Carolina cornerback Jaycee Horn and this may have been the key pick that put Fields in a Bears uniform.

Many around the league thought the Broncos would take a quarterback at No. 9, but suddenly Alabama cornerback Patrick Surtain – a top five overall prospect on some teams’ draft boards – was there to add to Vic Fangio’s defense. Had the Panthers taken Surtain instead, there’s a strong belief the Broncos would have taken a quarterback.”

For head coach Vic Fangio and new GM George Paton, the idea of pairing Surtain with the recently acquired Kyle Fuller was just too tempting for Denver to pass up. The Broncos had the 21st ranked defense in 2020. This was the sort of acquisition that could vault them into the top 10. Especially with Von Miller set to return. It isn’t a huge surprise they went in that direction, but it was a gigantic moment that set the stage for Chicago.

Dallas wasn’t going to take a quarterback at #10. Neither were the Giants at #11, the team GM Ryan Pace had a deal in place with to move down. There was a minor heart attack when Philadelphia jumped up from #12 but that faded quickly when they selected DeVonta Smith. Pace placed the call and the deal was struck. Fields became a Bear. Much of it courtesy Fangio and his new team.

It’s not like the Broncos had a stable QB situation of their own coming into this year. Former 2nd round pick Drew Lock had some nice moments last year but also lots of inconsistencies. That is why the team traded a 6th round pick to Carolina for veteran Teddy Bridgewater. Expectations are both will compete for the starting job this summer. Yet neither compare to Fields when it comes to talent.

Arm strength? Accuracy? Mobility? He has everything a team could want in a potential franchise quarterback. The only knock on him coming out of college was his occasional bouts of not processing fast enough. Something that can and should improve over time with enough work and practice at the NFL level. The Bears were willing to believe Justin Fields had the brainpower to handle it. His record-setting test scores prior to the draft would seem to suggest as much.

That wasn’t enough to sway Denver.

Chicago could end being eternally grateful for that. Justin Fields is by far the most talented quarterback they’ve ever drafted. If he plays up to his potential, it may not be too long before he owns the NFC North and has the Bears competing for the playoffs every year. Something that nobody thought would ever be possible.