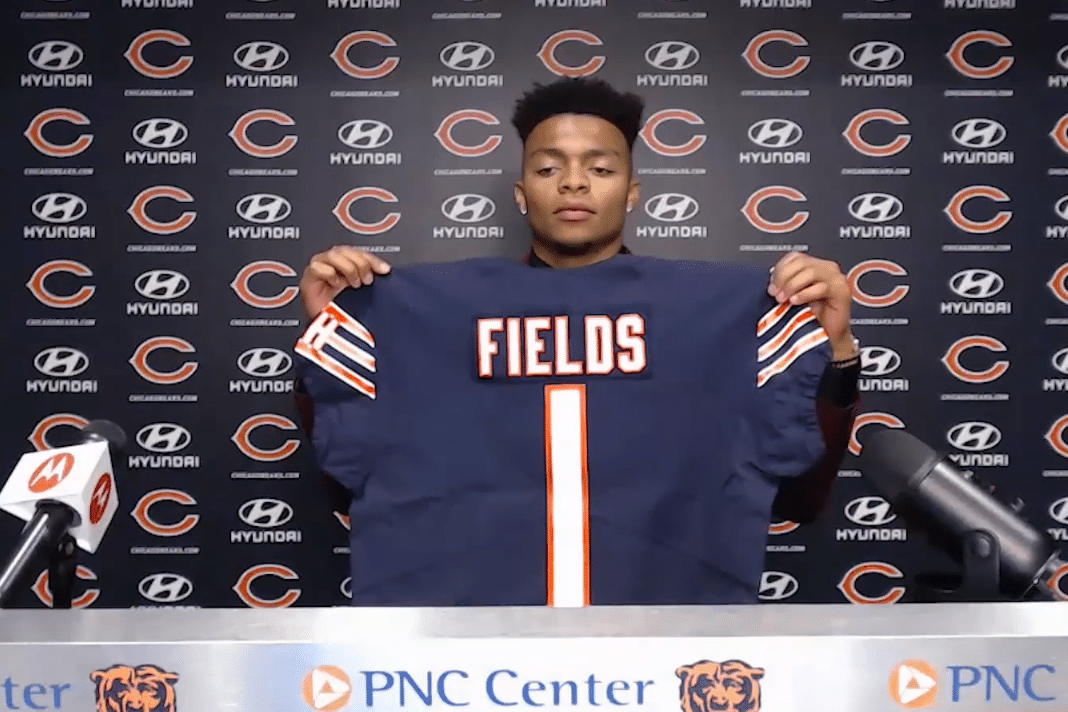 Last week it was revealed that while GM Ryan Pace still controlled the Chicago Bears‘ overall roster, the quarterback decision was being left to head coach Matt Nagy. This wasn’t a huge surprise. Nagy ran the offense. He’s a former quarterback himself and spent years coaching them in Philadelphia and Kansas City. It should’ve been his decision. In the end, he guided the Bears to Justin Fields.

The two reportedly had gotten to know each other during the pre-draft process. Multiple Zoom calls and of course Nagy’s public visits to Ohio State. He is good friends with Buckeyes head coach Ryan Day so he got valuable information on not just the talent but the mental makeup of the quarterback. The more he heard, the more Nagy liked. So what sold him?

Fields is a freak of nature. He’s 6’3 with 4.41 speed. His arm is capable of firing lasers 50-60 yards down the field on a dime. The word mentioned to me before the draft was “superstar” potential. That is hard to argue. Yet there was something else that made the quarterback Chicago’s guy. His mind. Ian Rapoport revealed how taken the Bears were with Fields’ intelligence. Specifically his memory. Nagy even decided to test it with a fun pop quiz right after they drafted him.

From our Draft Kickoff Show: Why did the #Bears trade up for #OSU Justin Fields? Simple. His "generational talent" and his intelligence. A look at how it went down 👇🏻 👇🏻 👇🏻 pic.twitter.com/RTVMBLgvty

That is crazy. Telling a guy a specific play, waiting days or even weeks later and then asking him to run it back again. Keep in mind Fields had every reason to be distracted. He’d had numerous calls with other teams. Events to attend. The nerves of the draft. For him to calmly recall the play like that? Rather amazing. One person who isn’t shocked? Former Bears QB Mark Sanchez. During an appearance on the Pat McAfee Show, he revealed that Fields recorded the highest score ever for a mental aptitude test by a renowned sports psychologist.

Nagy knew exactly what he wanted in Justin Fields

He understands the demands of the NFL game. Yes, it’s important to be physically gifted. Yet what really separates the good quarterbacks from everybody else is the ability to retain and process information. What is the defense showing you before the snap? Where is the first place to go with the football? Should I change the play? Quarterbacks must do this over and over every week. All while defenses are actively doing everything in their power to confuse him with complex looks and disguised coverages.

If anything, it was the mind of Justin Fields that sold Nagy the most. The amazing physical traits were just icing on the cake. One thing that comes across about the young quarterback is his demeanor. He displays a no-nonsense mentality. He’s not interested in the glitz and glamour. It is about putting in the work and then going out and winning. Let the play do the talking.

It is easy to see why the Bears like him.

As to their plans? Pace made it clear after the 1st round ended. Andy Dalton remains the starter moving forward. It’s clear the Bears hope to bring Fields along carefully, letting Nagy and his QB-friendly staff mold him into the player he should be. Similar to how the Kansas City Chiefs handled Patrick Mahomes. It should be fun to see if Bears fans can wait that long.