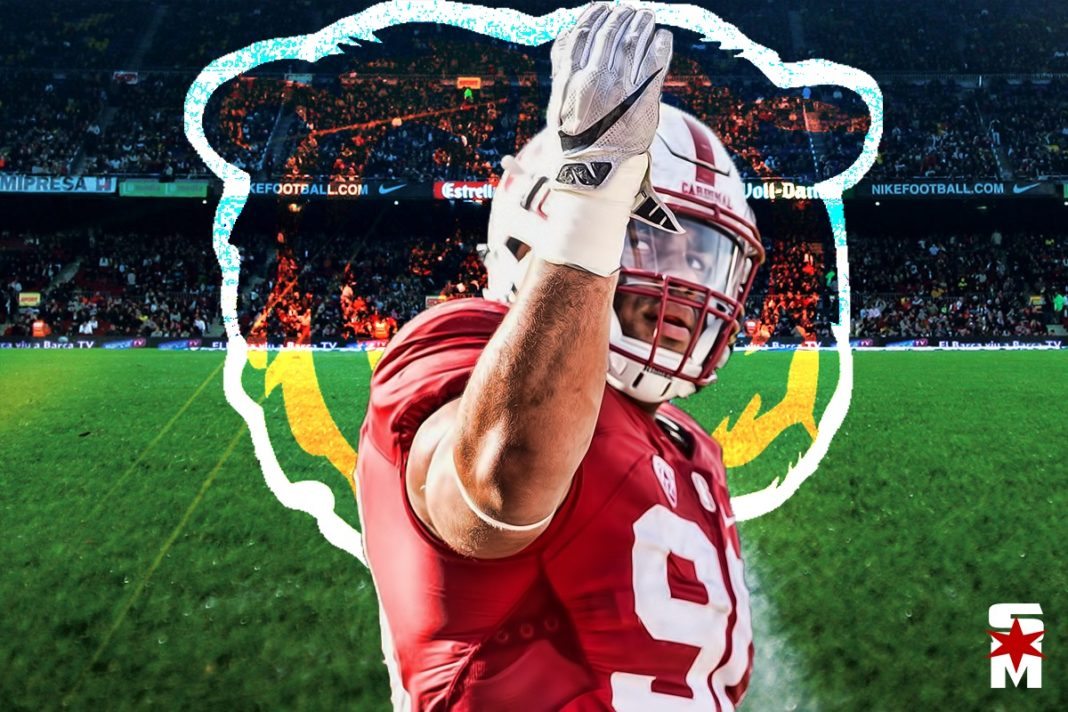 At this point with free agency all but finished, everything shifts towards the NFL draft next month. This is when the cold war takes place. A silent conflict of misdirection and espionage where teams try to get other teams thinking things that just aren’t true. Perhaps showing interest in certain players or fielding unrealistic phone calls for trades. The Chicago Bears are guilty of this just like everybody else.

All people can say at this point is they have no clue what this team plans to do. GM Ryan Pace made sure of that with his array of free agent additions over the past week. A quarterback, two wide receivers, two cornerbacks, an offensive tackle and a safety. Each of those bolsters what was considered a serious position of need on the roster. It may not solve the problem, but it gains the team flexibility.

Pace has said constantly over his entire tenure that he wants to take the best player available at every single draft pick. Position should not matter as much as talent. If that’s true then there is no way to tell who they might have in mind because there are plenty of intriguing options. That said, one name just got a big boost.

At this stage the tug-of-war centers around what the team plans to do at the #3 pick. There is the camp who believe it must be a quarterback. Considering the fact this franchise hasn’t picked one in the first round for over a decade. Then there are those who believe it should be the best player available. Which in all likelihood would mean it’s a top defensive player.

The hot name of late in that regard is Stanford defensive lineman Solomon Thomas. He burst onto the scene a few month ago with his dominant performance in the Sun Bowl against North Carolina. Since then his stock has skyrocketed, thanks also to a boost from a highly productive showing at the scouting combine. The lingering question is whether the Bears have any interest in him. Thus far there hasn’t been any word either way.

Hearing that Bears could indeed have an interest in S. Thomas at #3 but not as a 5. More of a guy they would play all over, both up & down

Greg Gabriel is a former scout for the Bears. He spent several year with the team during their successful run in the mid-2000s. So it’s safe to say he might have some credible sources within the organization. This confirmation on the teams’ interest in Thomas is a missing piece to the puzzle. Most feel he will be the best option on the board. A Chicago native with a relentless motor, strength and an ability to disrupt the line of scrimmage.

The fact that he’s been compared to Justin Smith only makes it better. Keep in mind Smith was a key reason Vic Fangio had such dominant defenses during his four-year stint in San Francisco. Being able to pair Thomas with Leonard Floyd and Akiem Hicks could give the Bears a potentially lethal front seven. Never mind if Eddie Goldman and Pernell McPhee stay healthy.

There are still many twists and turns to take before the NFL draft arrives next April. One thing is for sure though. A lot of fans will be happy if there is a Solomon Thomas Bears ticket handed in once they’re on the clock.