When big games are on the line in professional sports and they end in narrow losses, those on the losing side tend to invent conspiracy theories for why they lost. It’s something that has proven true for decades. Not everybody does it but it happens more often than one would think. Is it possible Rosevelt Colvin was the victim of one?

Most Chicago Bears fans have fond memories of the former linebacker. A 4th round pick in 1999, he spent two years as a reserve before exploding in 2001 with 10.5. sacks. He repeated that success the next year and seemed poised for a long career in Chicago. Sadly it didn’t happen. He was allowed to walk in free agency and joined the New England Patriots where he ended up winning two rings.

It was there that the supposed conspiracy took place.

Prior to the 2006 AFC championship game, the Patriots were struck by a flu epidemic that swept the locker room. Anybody who’s had this ailment knows one of the hardest things to do with that ailment is stay hydrated. According to Albert Breer of the MMQB, their hosts for the game, the Indianapolis Colts, found out and decided to take advantage.

“The conspiracy theory—and this is all hearsay, I have no evidence—but everyone said [then Colts president] Bill Polian knew that we had a problem with the flu,” Gill said, laughing about it now. “There were a lot of guys that had been sick and were coming back from injury, and they said he thought if they kept the dome warm we’d get dehydrated. And I’ll be honest, we had a ton of guys cramping up. We were so good at hydrating and all that. We had more guys cramping up and getting dehydrated, it was so darn hot in that dome.

“I remember Rosey Colvin having a real problem. I do remember that was an issue. think I set a record for starting IVs that day, the number of guys cramping up and going down.”

Why is it significant that they mention Colvin? Probably because he was dominating that game before the cramping started. The linebacker sacked Peyton Manning once and hit him three other times. He also had five tackles including one for a loss. He might’ve been in discussions for Player of the Game had the Patriots held on to win. Sadly it didn’t happen. New England ran out of gas late and lost 38-34.

Indianapolis then went on to defeat his former team, the Bears, in the Super Bowl. Fate can be pretty cruel sometimes. Obviously there is no proof to whether the Colts actually did this. Would it be a surprise? Not in the least. Teams are always looking for any competitive advantage they can get. There’s nothing in the rule book that says they have to maintain a certain temperature during games.

Letting the dome get hot to sap a flu-ravaged opponent sounds like a chance any sane person would take. 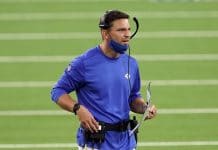 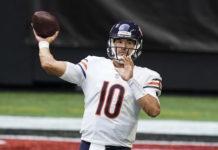 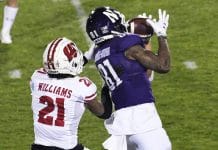 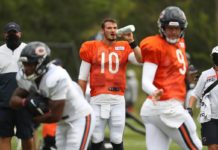 John DeFilippo Explained How Screwed Bears QBs Were From The Start 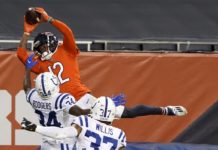