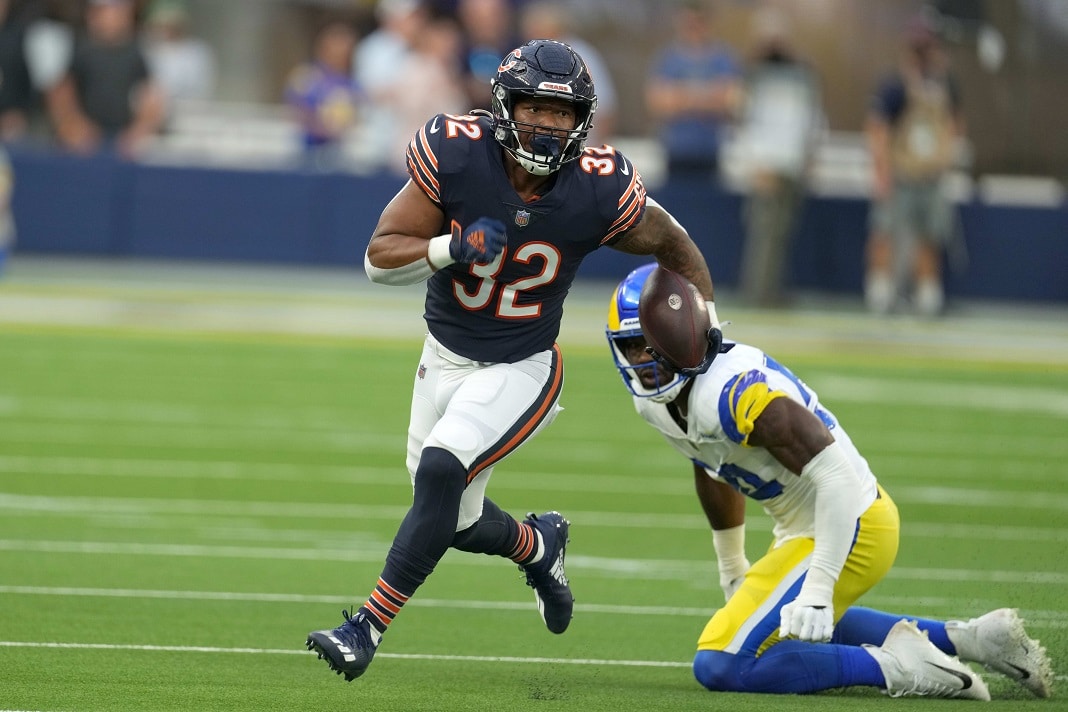 Don’t be fooled by the final score. Losing 34-14 was bad, but it doesn’t tell the actual story. If people watched the game, they came away with an unexpected takeaway. The Chicago Bears offense looked…decent. It looked like it could hang with a defense that was #1 in the NFL last season. A big reason for this certainly wasn’t the coaching. Matt Nagy had his usual problems as a play caller. Instead, it was something else. The talent.

David Montgomery was the star of the show, running through Los Angeles for 108 yards on just 16 carries. The offensive line did a solid job of giving up him open lanes most of the night. Cole Kmet quietly had a nice evening, catching five passes for 45 yards. Darnell Mooney caught five passes for 26 yards and Marquise Goodwin caught all four passes thrown his way for 46 yards. So what was the problem?

It isn’t a difficult guess. The quarterback.

Andy Dalton had two brutal turnovers on the night. An interception in the end zone during the 1st quarter and a strip-sack in the 2nd. Both drives ended premium scoring opportunities that would’ve made the game look a lot closer. Dalton attempted just one pass over 10 air yards in the entire game. For a team that has been craving more explosiveness on offense? That had to be discouraging.

Dalton wasn’t overly bad outside of those two plays. He managed the game well enough but the fact of the matter is this team isn’t built to win like they have the past three years. With a good defense and ball-control offense. The Bears gave up 34 points and would’ve given up more if the offense hadn’t held onto the ball for as long as it did. This team needs to score points.

Chicago Bears offense is actually being held back

It isn’t so much that they were the weak link of this team. It is more that they’re being handcuffed by their head coach. Rookie or not, it was evident even in brief snippets during the game that Justin Fields was their most dangerous weapon. He completed two passes for 10 yards and scored a touchdown on the ground. At no point did he seem overwhelmed being on that field against the Rams defense.

Nagy has said he’s trying not to throw the kid out there before he is ready. That is fine in theory. The problem is Fields has looked like he is ready since the end of the preseason. It feels more like the Bears coaches are playing it safe with Dalton rather than taking the gamble on a rookie. Even one as talented as him. The thing is he is the only one capable of unlocking the full potential of this offense.

When will that time come?

The ticking clock certainly got a bit louder after this loss. Nagy needs Dalton to play better in the coming weeks or he might risk a mutiny inside his own locker room. This Chicago Bears offense is capable of being good. This game proved it. It comes down to whether this head coach is willing to stop babying the guy who can make everything go.