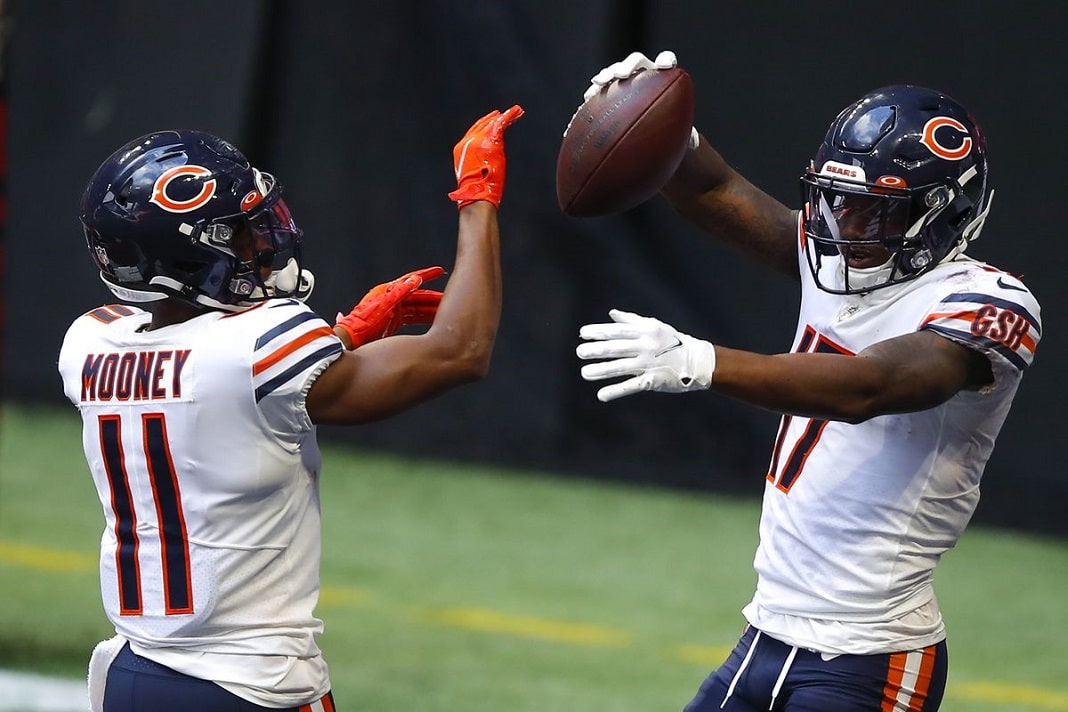 The demise of Anthony Miller was far from sudden. After his exciting rookie season, the former 2nd round pick failed to take a significant next step in his development. Some will blame injury setbacks. Others will blame the quarterback issue. In the end, Miller had three years to show everybody he deserved to be a focal point in the Chicago Bears offense and failed. Even so, many were surprised the team traded him. How can they be so confident about shipping out a receiver that talented despite his issues? Two words. Darnell Mooney.

Doug Kyed of Pro Football Focus noted from a league source that the Bears are extremely high on Mooney as he goes into his second season. Combine that with reports that Allen Robinson will see far more snaps from the slot? The presence of Miller became rather pointless. Having Robinson in the slot with Mooney, Marquise Goodwin, and Damiere Byrd on the outside providing the speed makes for a sweet combination.

There's a lot of excitement in Chicago for Darnell Mooney. Caught 61 passes for 631 yards with four touchdowns as a rookie fifth-round pick last season.

Explains the Bears' willingness to part with Anthony Miller.

One has to feel bad for Miller.

Towards the end of 2019, it genuinely felt like the switch had been flipped. He delivered a number of strong performances and looked like a prime breakout candidate last season. Things just didn’t come together. He suffered from a number of issues like badly-timed drops, erratic route running, and of course, a lack of discipline forever immortalized with the punch he threw in the playoff loss to New Orleans.

Now he’s heading to the worst team in the NFL. One that is drawing closer to trading their superstar quarterback who wants out. Rather than getting to play with Deshaun Watson, Miller will have Tyrod Taylor instead. This probably isn’t the fresh start he had in mind when the Bears first started shopping him.

Keep this in mind. Miller was the unquestioned #2 receiver going into 2020. Mooney was a mere 5th round pick who might get some limited action because of his speed. Just a few months later, the rookie supplanted him with 98 targets. Second-most on the team and collected 61 receptions. Miller managed just 49 and also fumbled twice. Things like that aren’t supposed to happen. The fact it did is a big reason Bears coaches got fed up with him.

Darnell Mooney is the antithesis to him in many ways. His route running was sharp from the beginning. He didn’t have any bad drops and was better after the catch. To top it off, he never had any discipline issues on the field. The guy just went about his business. It’s little wonder that Miller fell out of favor so fast. Chicago even managed to secure a 5th round pick for next year in the Texans deal.

Ironically the same round that brought in Mooney.

Expectations for the 23-year old are high this coming season. He’s put in lots of offseason work alongside Robinson. His route running seems to have improved and his speed is very much still blazing. If he gets even modest improvement in accuracy from his quarterbacks this year, Mooney is going to make several defenses uncomfortable.