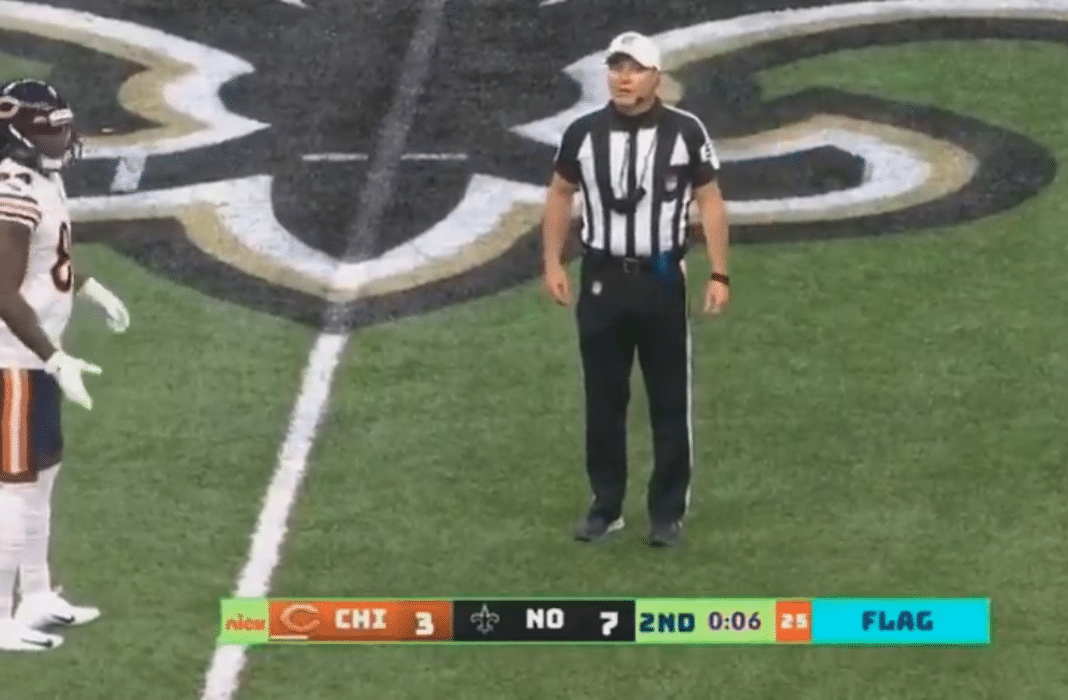 It was an eventful afternoon down in New Orleans for the Chicago Bears and All-Pro return man Cordarrelle Patterson. In addition to playing their first road playoff game since 1995, the team also had the honor of being one of the first NFL teams to ever play a game on Nickelodeon. Anybody who grew up watching television in the 1990s should know how big that channel was. It featured some of the greatest cartoons in history and was a haven for kids before and after school.

The idea by the NFL was simple. Find a way to get more young eyeballs on the product. Not a bad plan. Unfortunately, their execution came with one or two flaws. Particularly the one involving the hot microphones down by the field. While it’s great to get a closer feel for the action, it also opens up the risk of a bunch of testosterone-fueled men trying to win a playoff game expressing their opinions. Completely unfiltered opinions.

Inevitably, this led to an incident at the end of the 1st half.

On a punt by the Bears with 14 seconds left, the play was blown dead as the Saints were flagged twice. One for unsportsmanlike conduct and another for running into the kicker. While the referee was making the announcement, Patterson was in the camera shot. As the call was finished, some NSFW words were dropped.

Safe to say a lot of the kids watching didn’t have their earmuffs on for that one. Immediately people felt Patterson was the guilty culprit. He was on camera right near the official. When he found out about this after the game though, he immediately professed total innocence.

What the fu*k? I swear that wasn’t me lol

It’s easy to blame him based on the timing of his reaction and the words being said. However, the reality is the words are way too audible. There is no way Patterson would come through that clearly when out on the field. It’s more likely somebody on one of the sidelines said it in close proximity to the microphone.

He doesn’t mind the spotlight but he’s never been the kind of person to say such things. It is probably the right idea to believe him on this one. As to what happens now? Tough question. The star kick returner was an All-Pro once again in 2020. Easily one of the best free agent signings GM Ryan Pace has ever made. The man has been one of their few reliable big-play threats.

Now he’s a free agent. Will the Bears bring him back? That is hard to say. The team doesn’t have a lot of cap space projected to them this offseason and they already have other headaches to sort through like Allen Robinson and no definitive quarterback. Spending considerable money on a kick returner, even a great one like him feels like a secondary issue.

Hopefully, he can return.

The guy is great for the team on the field and off the field. Fans love him and he seems to really like it in Chicago.