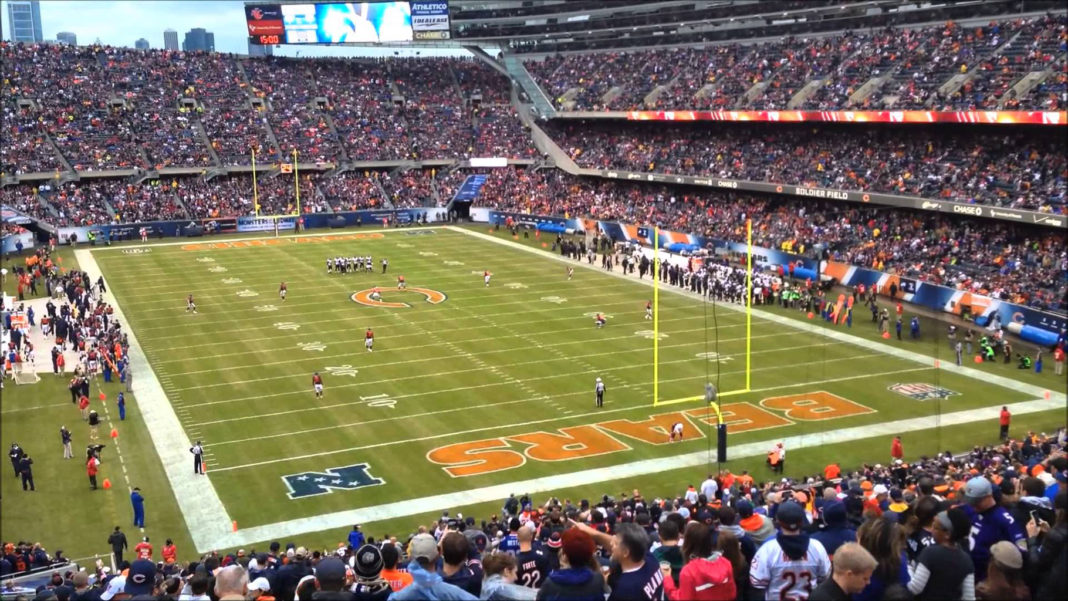 The rumors have persisted for a long time. Once it became clear that the Arlington International Racecourse was seeking new ownership, the Chicago Bears became a conversation. Reports continue to suggest ownership isn’t entirely happy with Soldier Field. While in a great location, the stadium is one of the smallest in the NFL. A capacity of just 61,500. Combine that with the fact that the organization doesn’t even own it outright and the other hassles involved like parking and taxes?

One can understand if the team might be interested in seeking alternatives. The 326 acres that encompass the racecourse land would seem to be the ideal option. It isn’t too far from the city and presents plenty of possibilities in regards to establishing a new stadium. One they can build to specifications perfect for their team and also their legions of fans. Plenty of people won’t like the idea of moving out of Soldier Field.

It seems the Bears don’t care.

Nothing is set in stone. There are likely other parties interested in buying the land. Including some who wish to keep the horse racecourse in place as it is. However, it’s hard not to imagine the possibilities if the Bears manage to win the bid. The incredible shift in business alone would be astronomical. There are some theories that the organization is doing this as a powerplay. A way to convince the city of Chicago to give them more favorable treatment regarding the Soldier Field situation.

Mayor Lori Lightfoot seems convinced the NFL wouldn’t let such a thing happen. She is somewhat naive in that case. Depend on the type of stadium the Bears could build, then Chicago could end up becoming a host to Super Bowls in the future. Having the league’s biggest game in one of the largest sports markets in the world? The money-making opportunities would be off the charges. Everybody knows this league loves money.

Chicago Bears have every right to want their own building

Staying at Soldier Field made plenty of sense for a long time. It had so much history. It’s right on the lakefront in the heart of Chicago proper. However, the reality of NFL stadiums has changed a lot in the past two decades. They’ve gotten much bigger and much more technologically advanced. Less fans mean less money. The Bears know they’re missing out on a potential spike in their profit margin. Especially given the loyalty of their fanbase.

The challenge will be escaping the lease on Soldier Field itself. One that runs all the way through 2033. If the Chicago Bears ownership wants to get started on a new stadium in Arlington, they’ll likely have to buy their way out of it. That will be expensive. Then again, it’s not like a billion-dollar organization is short on cash. One would imagine they could find plenty of financial backers for such a move too.

Is it just posturing?

Maybe. However, these rumors started for a reason. The Bears aren’t happy with their current situation. They feel they, their players, and their fans deserve better. If the city won’t provide them with it, they’ll shift to somewhere they have more say in the matter.