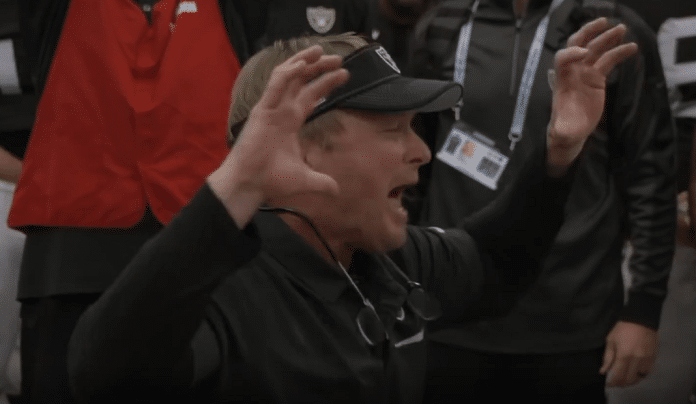 Finding the motivation to play a physical game like football isn’t always easy. So players and coaches will take anything they can get. Nothing works better than two things. Losing a heartbreaking game and being disrespected. For the Chicago Bears, they experienced both two years ago at the hands of the Las Vegas Raiders.

Going into their first London game since 2011, the team felt good about where they were. They sat at 3-1 and were competing for the division with Green Bay. Then the game happened. The Raiders set the tone early, running the ball effectively and utilizing a quick passing game to neutralize the Bears defense. Before anybody could blink, they were up 17-0. Chicago appeared punch drunk and listless.

To their credit, they fought back.

A crazy third quarter saw the Bears come roaring back to take a 21-17 lead. However, a 97-yard drive by Las Vegas, aided by a brutal running into the kicker penalty on 4th and 6 led to a touchdown. It was a backbreaking moment that saw the Bears fall 24-21. That defeat saw the start of a four-game losing streak for Chicago. A spiral they never fully recovered from the rest of the year.

That was bad enough. Yet Raiders head coach Jon Gruden decided to pour salt on the wound. During his post-game speech in the locker room, cameras caught him doing a dance. This was a thinly-veiled shot at the Bears and their use of “Club Dub.” A celebration after every win where they played music with lights and a disco ball. Winning the game was one thing, but to insult them as well?

Jon Gruden lit the fire of what happened Sunday in 2019

When it was discovered they’d get another crack at the Raiders this season, several veterans made sure to have that game circled on the calendar. They were out to prove something. Especially the defense. The result was a 20-9 thumping on the Raiders’ own turf. Derek Carr was sacked three times, Josh Jacobs was a non-factor, and Gruden didn’t have any answers. Eddie Jackson admitted after the game that they took extra satisfaction sticking it to him in particular.

“This was special, especially (after what happened) two years ago. It was a lot of things said from Gruden so it was just fuel to the fire.”

“We still remember that,” Jackson said.

The great irony in all this? That game will likely be the last one Jon Gruden ever coaches. Just 24 hours after the humiliating defeat, more information came out revealing a series of disturbing emails that showed him being racist, homophobic, and a misogynist. Ugly language, even calling Commissioner Roger Goodell a “faggot.” Gruden has since resigned. So to know the Bears sent that guy back into retirement?

They’re not looking back. The team is already shifting focus to Sunday. It’s the Green Bay Packers. It’s Soldier Field. People have seen this setting before. Is this the year the Bears finally overcome their bitter rivals in a game with high stakes? If they play as they did in Las Vegas, they might have an actual chance.