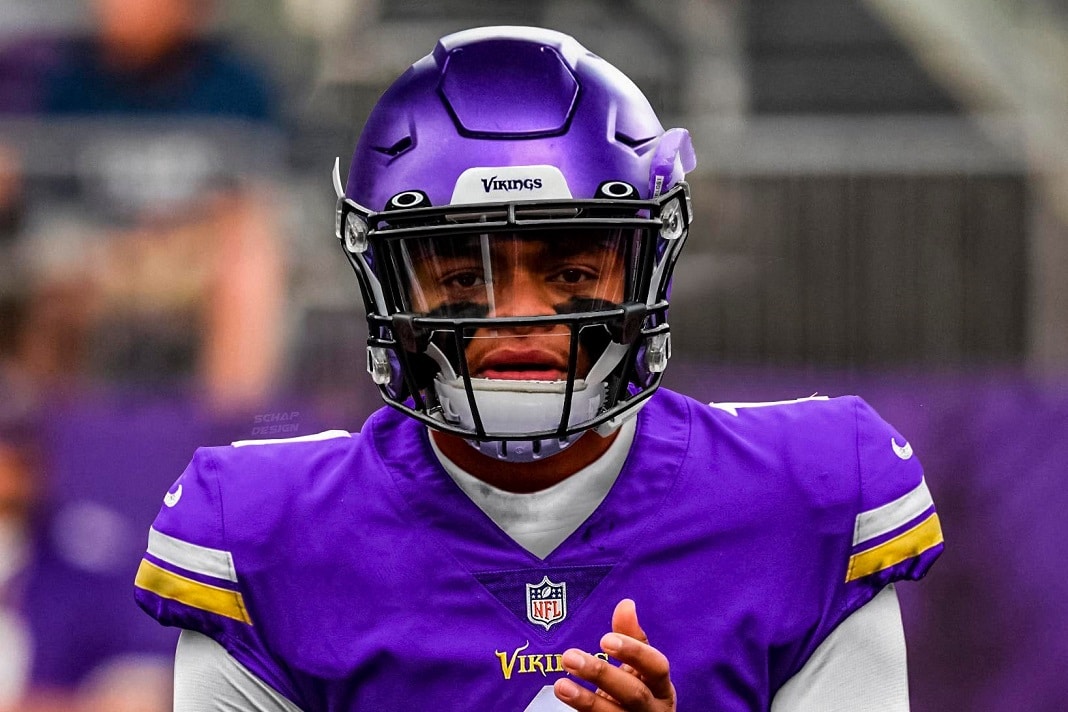 It’s never a bad thing when a big move you make comes at the expense of one of your biggest rivals. The Chicago Bears knew what they wanted to do entering the 2021 draft. Their goal was to land one of the top quarterbacks. Head coach Matt Nagy and GM Ryan Pace wanted Justin Fields. The Ohio State standout had impressed them repeatedly for months going back to 2020.

Pace was at his game against Michigan in 2019 where Fields exited the game after taking a hit to his left knee. Then he watched the QB return and immediately throw a TD pass. Nagy revealed his favorite play came in the win against Clemson last year when he threw a strike to Chris Olave for a touchdown with pressure in his face. This after taking a brutal shot to his ribs not long before.

His toughness and execution in big games stood out.

When it became clear that Fields was starting to drop, the Bears weren’t going to wait. When the window opened after the QB slipped out of the top 10, they pounced. In a deal that sent a future 1st and two mid round picks to the Giants, Chicago jumped up to the 11th pick to get their guy. While Bears fans rejoiced, not everybody was happy about it. According to Courtney Cronin of ESPN, the Minnesota Vikings were dumbstruck. Apparently they’d been hoping to land Fields as well.

“The Vikings were also preparing to take Fields given the way the board was falling.

As Minnesota watched Carolina and Denver pass on Fields at Nos. 8 and 9, their distant dream suddenly felt like it could become a reality. With Vikings ownership in the main draft room, front office personnel worked the phones and tried to see where they might have to move up to land Fields…

…The Vikings were stunned, and this one really stung. They wanted one of the top quarterbacks, but they weren’t desperate enough to give up that kind of draft capital for a player who would be sitting behind Cousins for at least a year.

But Fields was the guy for Minnesota, and the team was prepared to take him if he had been there at No. 14 and begin a process of shifting course.”

Rumblings have been coming out of Minnesota for months that they’ve started to think about life beyond Kirk Cousins. Though still just 32-years old, it seems they feel they’ve seen the best of him and it is unlikely to get better. Fields would’ve been the perfect heir apparent. Yet their GM Rick Spielman is notorious for his caution. In his tenure running the Vikings, he’s executed four 1st round trades. Every single one of them was to move down. He’s never moved up. Spielman’s track has always been about acquiring draft picks, not giving them away.

That ended up working in the Bears’ favor.

Justin Fields to Minnesota would’ve been tough to swallow

With the Green Bay Packers seeing their rift with Aaron Rodgers widen, it feels like the NFC North could soon be up for grabs. Fields landing in Minnesota not only would’ve given them the edge immediately due to Cousins but also in the future with him. If Rodgers departs, the new Bears quarterback immediately becomes the most talented in the division. Having to play him twice a year wouldn’t have been much fun.

Instead, it’s the Vikings who face the prospect of having to play Justin Fields twice a year. If there is one thing Minnesota has had to worry about over the years it’s the Bears quarterback. Now that figures to change presuming Fields lives up to his massive potential. Considering Nagy gave them problems even with Mitch Trubisky at quarterback the past couple of years? This doesn’t bode well for them.

Minnesota will have to hope Kellen Mond is a consolation prize.

The former Texas A&M quarterback had a strong four-year run with his best season coming in 2020. However, his production never really stood out and he was knocked before the draft for having problems with his deep ball. He certainly has talent but didn’t show it enough. Maybe the Vikings can coax it out of him. Otherwise, they’ll be left to wonder what might have been.