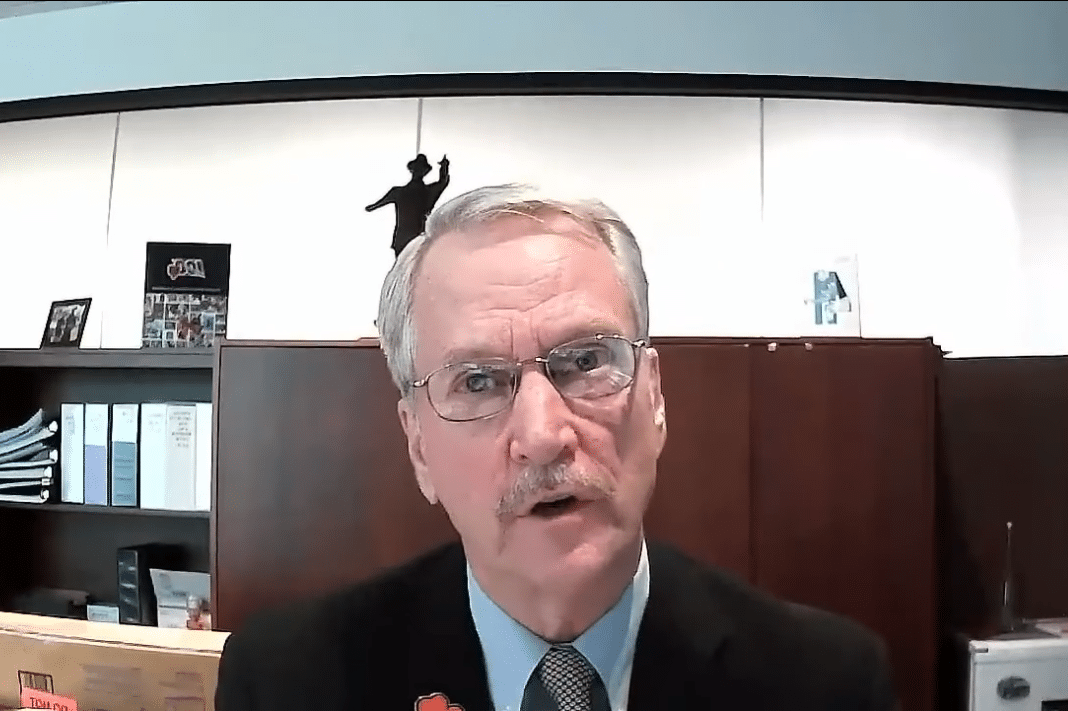 George McCaskey didn’t have a lot of fans happy to see his face when he had his year-end press conference. Just 24 hours before, word leaked that GM Ryan Pace and head coach Matt Nagy would be retained for a fourth season. This after another 8-8 season and a bad loss in the playoffs against New Orleans. While some might view a postseason appearance as a success, most Bears fans do not. They aren’t easily swayed by convenient rule changes.

In their minds, Pace and Nagy haven’t done enough to warrant this opportunity. Pace has been in charge since 2015. During that time he’s had one winning season and no playoff wins. He’s also whiffed three separate times at the quarterback position including his massive swing on Mitch Trubisky. Nagy isn’t much better. Despite no losing seasons to this point, he has failed to resurrect the Bears offense. In three years it has ranked 21st, 29th, and 26th.

Neither man can say they’ve done enough to make this team great.

Yet McCaskey was steadfast in his decision. His words made it clear he views the two men as great leaders and more than qualified to navigate the organization out of this minor rut.

“Ryan and Matt are men of character. They are both like Ted outstanding leaders. I’ve been most impressed with how well they collaborate. I was impressed with both of them this past season, especially during the six-game losing streak. The fact that our players never gave up is a tribute to the players. It is also indicative of the type of players that Ryan acquires and speaks to the players’ regard for Matt as their head coach.”

Being impressed with character and collaboration and resilience is all fine and good. Fans don’t care about that. They expected production. They expect winning. The Bears haven’t done enough of that. Especially against good teams. In 2020, they were 1-7 against opponents that made the playoffs. That tells the entire story right there.

Where it gets even crazier is what McCaskey seemed to indicate towards the end of the questioning. He had an interesting line that carried potentially wild implications.

"I don't know that a lot of people have confidence in this course of action," George McCaskey says, accurately. But he says he trusts his conviction over popular opinion.

Was he talking about the fans? The media? People inside Halas Hall? Or all of the above? If it’s the latter, then this offers a peek into just exactly how significant this decision is.

George McCaskey did not have consensus with this decision

A source reached out to me a week or two ago with an interesting note. There were apparently a number of people in the building and close to McCaskey urging him to make changes after the season ended. A fresh start was needed. So while the team chairman offered the idea that this was a consensus move by him and everybody else up top? That is not the case. There were more than a few dissenting voices in the mix. This move was mostly on McCaskey.

It’s hard not to think personal emotions played a significant part in this. Several insiders have indicated for months that George McCaskey liked both Pace and Nagy. Not just professionally but personally. That was reflected in his words at the press conference. There is no way those feelings didn’t factor into his decision to keep them around.

Even if football logic and business logic dictated they should go.

There is no getting around the truth now. This move is entirely on McCaskey. He is taking a huge gamble believing these two men can push the Bears back into contention in 2021 despite clear evidence the roster is trending towards a reboot. No quarterback. An aging defense. Their best offensive player becoming a free agent.

He better hope they pull through or it could get way uglier by this time next year.