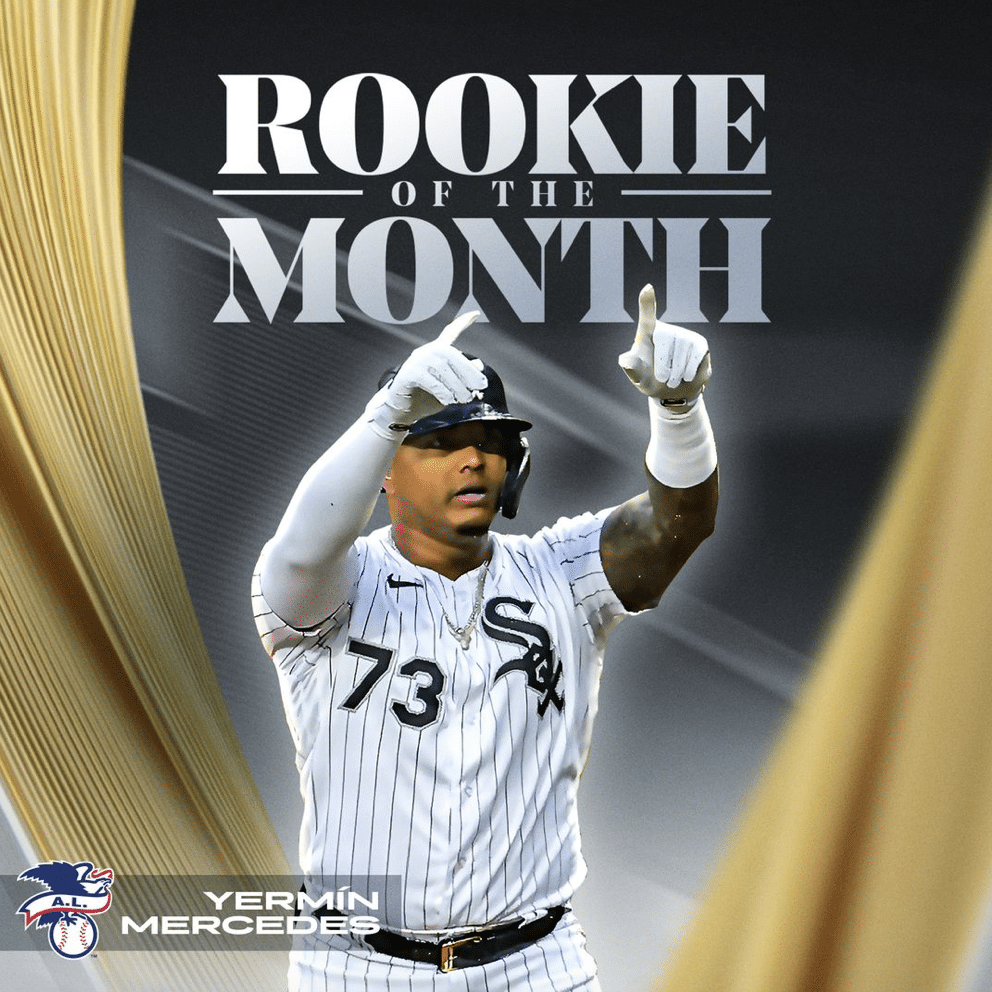 You can add another accolade to the Yermín Mercedes resume. The 28 year old rookie was named American League Rookie of the Month on Monday afternoon.

The Yerminator took the baseball world by storm when he started the season a perfect 8-for 8. That set a record for the most by a player in the modern era since 1900. His production carried over towards the end of the month and his finished April with a .415/.455/.659 slash line and a 1.113 OPS. He also launched five home runs and hit five doubles in the 22 games he has played in April.

His home runs don’t just clear the wall, they practically scrape the sky. His 485 foot blast against Royals right hander Brad Keller during the home opener is currently the longest home run of the season. It was also the longest home run by a White Sox player since Joe Borchard sent one 504 feet back in 2004, which means it’s the longest Sox blast of the Statcast era (since 2015). He also has moon shots that have traveled 449 feet and 431 feet respectively.

A month for the record books

Mercedes 34 hits in the month of April as set a Sox rookie record, breaking the mark of 31 set by his teammate Jose Abreu. Mercedes also became the 10th player in American League history to have two four plus hit games in his first 17 games. The last player to do that was Ichiro Suzuki in 2001.

Mercedes is also the first player with three or more hits in a game three times in his first four career starts since Roy Campanella in 1948. Campenella is now in the Hall of Fame, so Mercedes is keeping some pretty good company.

Mercedes also is the first White Sox player with three hits or more in a game three times in his first four games of a season. The MLB had no choice but to give him American League Player of the Week honors. He became the White Sox rookie since Jose Abreu to win American League player of the week in the month of April.

The 5-11, 245 pound catcher, turned DH has instantly become a fan favorite in Chicago. He has his own “Yerminator” T-shits and a “Yerminator” sandwich.

It was a long time coming for Mercedes who at one point thought about quitting baseball. After spending a decade bouncing between the Dominican Summer League, Independent Leagues and the minors he finally got an opportunity with the White Sox. He was not even suppose to make the team but an injury to Eloy Jimenez opened the door for him. He has taken the opportunity and ran with it. He has done everything in his power to duplicate Eloy Jimenez’s production if not more. He is making sure to soak it all in and enjoy every moment of success.

“Now, everybody’s doing stuff for me, like T-shirts, like the burger, everything,” Mercedes said. “So that’s the reason I’m working hard every day, to be part of my fans, my people next to me. Just so excited. A couple months ago, I wouldn’t have believed that I would be at this point right now.”

He has now taking his first step towards taking home rookie go the year honors and at this rate maybe even AL MVP. 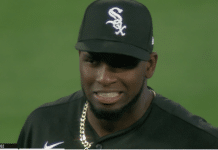