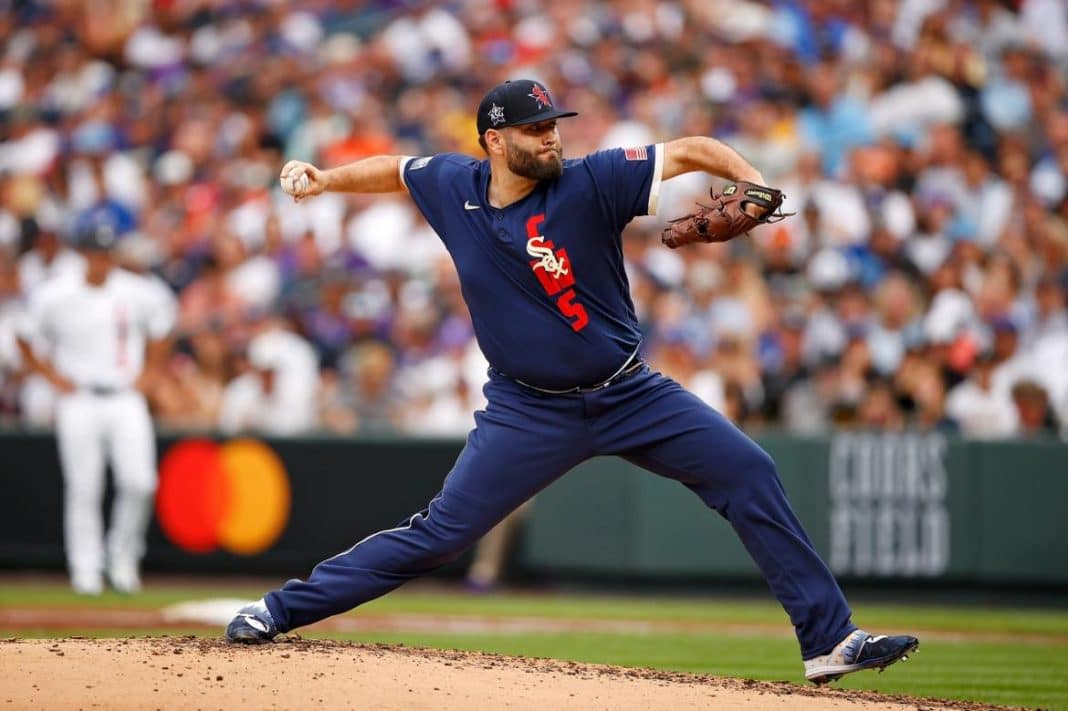 Lance Lynn has only pitched for the White Sox for a few months, but his production paired with his attitude and mentality makes it seem like he was born to pitch on the South Side.

Well, it’s looking like the “big bastard” has a great shot of at least finishing out his career for the White Sox, as he just agreed to a 2-year contract extension with a club option for a 3rd year in 2024.

The Chicago White Sox and All-Star right-handed pitcher Lance Lynn have agreed to terms on a two-year, $38-million contract extension, which includes a club option for the 2024 season.

When you look at Lance Lynn, you can tell the guy just oozes “South Side” and I can’t think of another pitcher worth extending more. He is currently a Cy Young candidate and very well may end up winning the award. He’s also an absolute workhorse. A guy many would love to see start Game 1 of a playoff series this October. He’s been nothing short of lights out for the club. Check out these numbers:

Some Sox fans were upset that the team swapped a promising young pitcher in Dane Dunning for Lynn. Especially because Lynn was just a rental going into the 2021 season. Those fans are probably sighing with relief that the trade went down, and all Sox fans should be ecstatic about this deal.

Dane Dunning has been O.K. but not nearly as valuable as Lance Lynn, and even more so now with the extension.

Lance Lynn will now figure to be a staple in the Sox rotation for the next handful of years. Assuming Michael Kopech enters the rotation at some point next season, Carlos Rodon may find himself with another team in 2022. He has been one of the best stories in baseball this season and is a Scott Boras client, so odds are he will receive a pretty sizeable contract. It would hurt to see Rodon walk at the end of a career year, but with Lynn, Kopech, Giolito, Keuchel, and Cease, there wouldn’t be room for him in the rotation next year. And frankly, he deserves to test the open market and get paid. However, the Sox could look to sign Rodon to a deal and then look to trade Keuchel down the line. Who knows? But that’s a conversation for another time. Today is all about Lance Lynn and how we as Sox fans should be absolutely thrilled that he will be one of the anchors of the White Sox through hopefully 2024.

In short, this is an amazing deal for both the White Sox and Lance Lynn. He gets 18.9 million for the next 2 years, and the Sox get an absolute workhorse they can pencil into the top of their rotation. He’s an innings eater, but also an absolute stud on the mound. He’ll yell, scream, swear, and strike you out. And he’ll do it on essentially all fastballs.