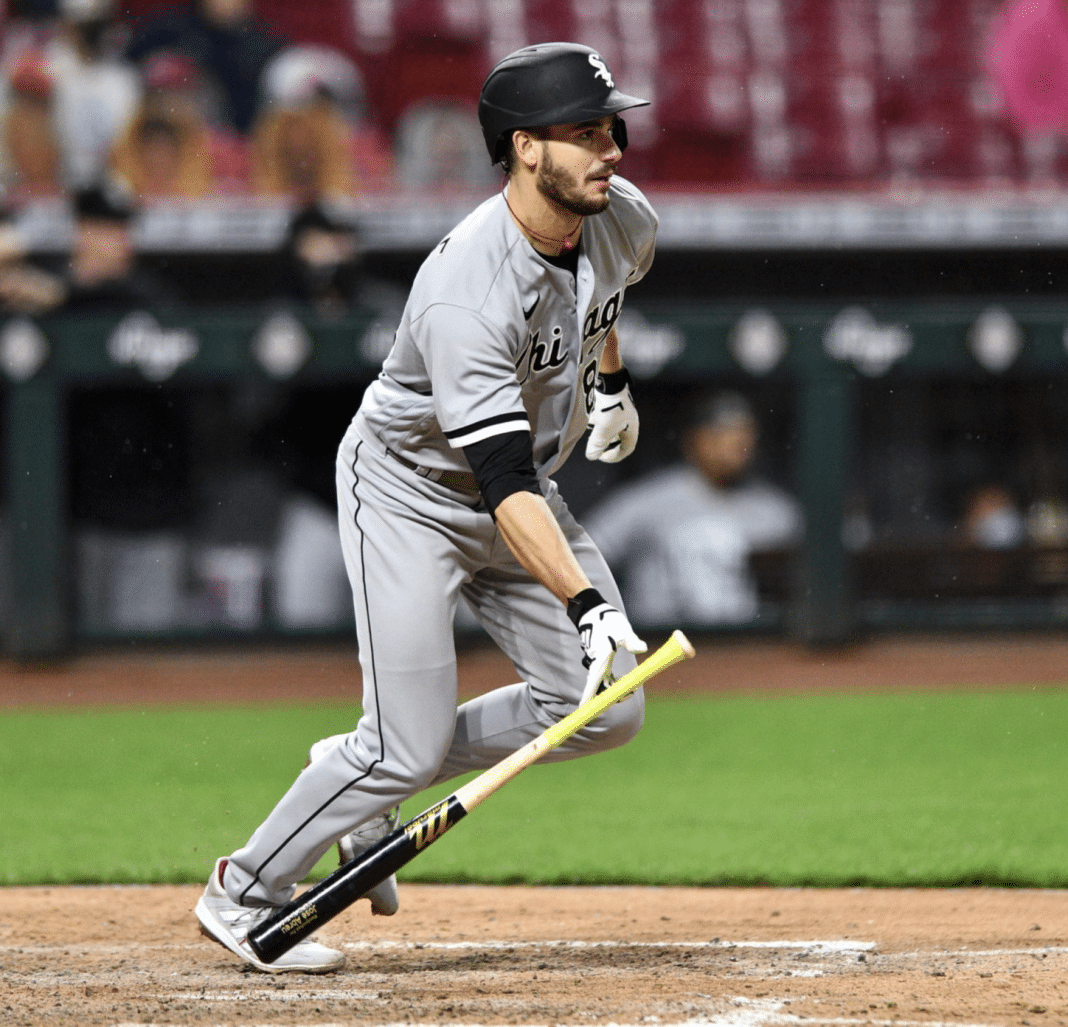 Dylan Cease hasn’t seen pitching in eight years. You wouldn’t be able to tell by watching him handle the bat on Tuesday night. Pitching in a National League ballpark forced Dylan Cease to step up to the plate for the first time since his senior year in high school. In his first major league at bat he rose to the occasion.

While wearing Adam Engels gloves and wielding Jose Abreu’s bat he slapped a single in his first major league at bat. He was not done however. In his second trip to the plate he ripped a double off the right field wall. He hit the ball so hard that he admitted after the game that he thought it was gone.

“I would have tried to have kept the grin off my face, I think I would have had a grin to a big smile all the way around the base paths” Cease said.

The Cease fire continued his third at bat. Facing his third different pitcher of the evening he barreled up a sinker and lined it to right field.

3 hits in his 1st 3 career ABs and they were off 3 different pitchers! 🤯 #PitchersWhoRake pic.twitter.com/m7JTRHGNTn

Dylan Cease is the first A.L. pitcher to begin his career 3-for-3 since Boo Ferriss of the Red Sox in 1945. He also became the first White Sox pitcher since Tom Bradley in 1972 to register three hits or more in a game.

Hitting major league pitching is one of the hardest things to do on the planet. Just ask the Cincinnati Reds who were baffled by Cease on the mound. Don’t tell Dylan Cease that. The right hander from Georgia now has a perfect 1.000 career batting average. He may have also carved himself out a role as a pinch hitter in extra innings down the road. The White Sox need all hands on deck since Luis Roberts injury and Cease clearly took that to heart.

Cease Spins A Gem On The Mound

We haven’t even mentioned his performance on the mound. For the second straight start Dylan Cease dominated. He held the best scoring offense in the league to just one hit. In six innings of work Cease struck out eleven, walked three and did not allow a single run. He had more hits on the night than the entire Reds offense.

Dylan Cease is the second pitcher in the modern era to strike out 10 or more, allow no more than one hit and also have 3+ hits at the plate in a game. The other was Catfish Hunter in his perfect game on May 8, 1968.

Cease fastball command was excellent once again and he was able to throw his breaking stuff in the zone. Locating his fastball has been the key for Dylan Cease this season. Teams have not been able to hit him as evident by his 2.37 ERA. He gets in trouble when he causes self inflicted harm with walks.

Dylan Cease's 11 strikeouts ties a career high. It is the sixth time a Sox starter has struck out 10-plus in 2021.#ChangetheGame x #CarryTheFreight pic.twitter.com/9S0SKbfqUz

In the third inning Cease ran into some trouble. He walked Jonathan India. Then Jose De Leon moved him over to second base with a bunt. Cease then walked Jesse Winker, leaving runners on first and second with only one out. The Reds best hitter, Nick Castellanos had a chance to bring the Reds back into the game. But Cease snuffed out the threat by promptly striking him out then punching out Joey Votto for back to back Ks to end the inning.

Cease was also able to keep his pitch count down. Before his last start vs Detroit, Cease had yet to make it through five innings. Part of that was due to first inning woes that have plagued him his entire career. There were no such problems on Tuesday night. He cruised through the first inning striking out Jesse Winker and Nick Castellanos, then endured a Joey Votto ground out for a 1-2-3 inning.

In total Cease threw 98 pitches, with 58 of them going for strikes. Seventeen of those strikes were swinging. Cease also tied his career high in strikeouts. It seems he has figured out how to pitch. In his last two outings he has gone a total of 13 innings with 20 strikeouts, three walks, four hits and zero earned runs. It looks like the White Sox are finally getting what they traded for back in 2017. Apparently they got more than they bargained for with an extra bat on the depth chart too.