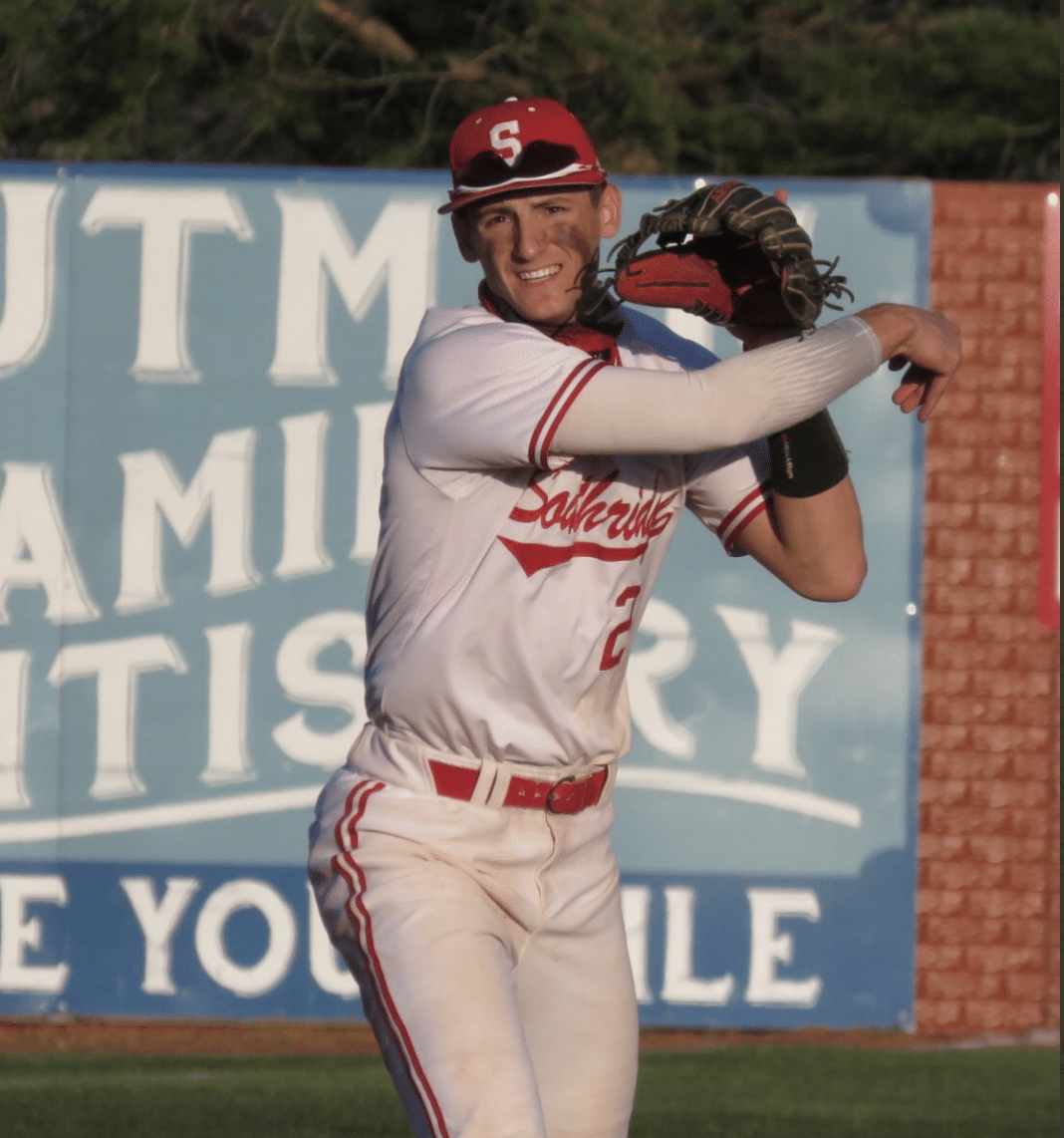 With the 22nd overall pick in the 2021 MLB Draft, the White Sox selected Colson Montgomery from Southridge High School in Indiana.

In a shortstop heavy draft, the White Sox got one of the best ones. Colson is a strong multi-sport athlete with a 6 foot 4 inch, 190-pound frame. He played quarterback for Southridge High School and was the school’s all-time leading scorer in basketball. However, on the diamond is where he really shines. He is ranked as the best high school player in the state of Indiana. He was also ranked as the 8th best shortstop in the nation by Perfect Game.

Montgomery is a left-handed bat with lots of speed. During his senior season, Montgomery led his team to a Class 3A state title. The left-hander hit .333 with seven home runs, 17 extra-base hits, and 24 stolen bases. His stock was high coming into the draft despite concerns his attention was not focused solely on baseball. He committed to play baseball at Indiana University in 2020 and also told MLB Network Radio that he would walk on to play basketball if he chose to go to college.

His left-handed stroke possesses some power while still allowing him to hit for average. His major league comp is to Corey Seager, who has a similar frame and bat speed. According to MLB.com, Montgomery is better when he utilizes the entire field. He got in trouble when he tried to pull everything for power. Throughout the summer, his approach got better and better.

There is a great story from his coach when the team was playing at regionals. Montgomery was batting thrid against a kid from Lousiville that was throwing low 90s. In his first at bat, the kid throws underneath his hands. Montgomery got sawed off and hit a soft-line drive to end the inning. On his way back to the dugout he was smiling from ear to ear. He told his coach “I got him timed up. I own him for the rest of the day.” During his next three bats, he went double, double, double. Each one came off a fastball. He adjusted immediately.

There are also some concerns about his age. Montgomery just turned 19 in February. The maturation process begins very quickly when you’re forced to hit professional pitching and try and crack the 40-man roster.

The last time the White Sox selected a high schooler in the first round was Courtney Hawkins in 2012. His backflip on draft day turned out to be the peak of his career. It was all downhill from there as he struggled in the minors and never was able to break into the show.

Most scouts project that Montgomery will play third base. Once he begins to fill out his large frame, his size and arm strength make him the perfect candidate for the hot corner. But, Montgomery said in his post-draft interview that he sees himself long-term as a shortstop. Chicago’s director of amateur scouting, Mike Shirley said they plan to keep him where he is the most comfortable.

The White Sox tweeted a video of Shirley talking to Montgomery in which he said “We envision you as a shortstop and a guy who’s going to make a difference for us as an everyday player.” He continued “I hope you understand how much we think of your talent. What an exceptional piece of this puzzle you’re going to be for the Chicago White Sox.”