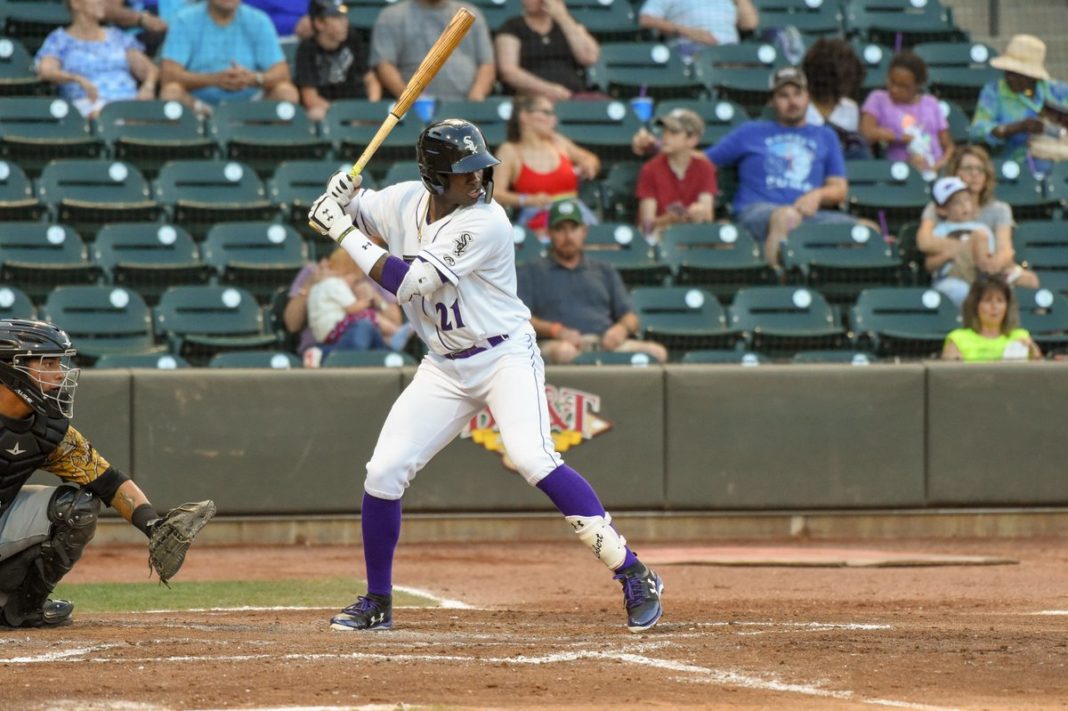 The pieces are all starting to fall in place. Eloy Jimenez is hitting home runs in Charlottle and Luis Robert is on the path to return. On Monday the White Sox announced that Luis Robert has been cleared to begin a rehab assignment in Winston-Salem starting on Wednesday.

Robert was putting together a nice season before going down with an injury. He was slashing .316/.359/.463 with eight RBIs, four stolen bases, and one home run in 25 games played. Robert suffered a torn right hip flexor while trying to leg out an infield grounder on May 2nd against Cleveland. He had to undergo surgery and has not played since. Robert worked out on Monday at Camelback Ranch in Glendale Arizona in front of team executives and doctors. Following the workout, he was given clearance to play. This comes after Robert initially thought he would not play again this season.

“I never experienced an injury as severe as that one,” Robert told MLB.com through interpreter Billy Russo. “My first thought was, ‘oh, this is really bad. I don’t know if I’m going to come back this season.’ It was pain. But luckily it wasn’t as bad as I thought at first, and when I got the news that I will be able to come back this season, I felt much better.”

The process has been a long one. During rehab, Robert was also concerned he was going to lose one of his biggest assets. His speed.

“First, I spent a month without walking. Then I started walking little steps. Then when I start running, I was afraid because I couldn’t run 100 percent and I was afraid: ‘Man, I am going to lose one of my best tools,” Robert explained. “I was concerned at that moment about it, but then my body started reacting in a good way and I started feeling much better. I’ve felt pretty good for the last two weeks.”

This is great news for the White Sox, who are slowly becoming healthier each day. Robert’s speed is what helped him win an AL Gold Glove winner in 2020. Robert isn’t just a threat with his glove, however. He is a potent offensive player. He ranked near the top of every offensive category among MLB rookies in 2020. The man nicknamed La Pantera ranked first in RBIs (31), game-winning RBIs (5), stolen bases (9), and home runs (11). He ranked second in runs scored (33), extra-base hits (19), total bases (88) while ranking third in OPS (.738) and slugging percentage (.436).

It will be interesting to see if he is back at full strength. After suffering an injury like Roberts, some athletes have a psychological hurdle to climb before being able to go full throttle. Winston-Salem will serve as his first true test.

“That’s when I am going to see if the fear is there or not,” Robert said. “Right now, I’m just waiting for that game on Wednesday and see what happens and how it goes.”

He later added, “I’m very happy with the process and the results that I’ve been getting.”