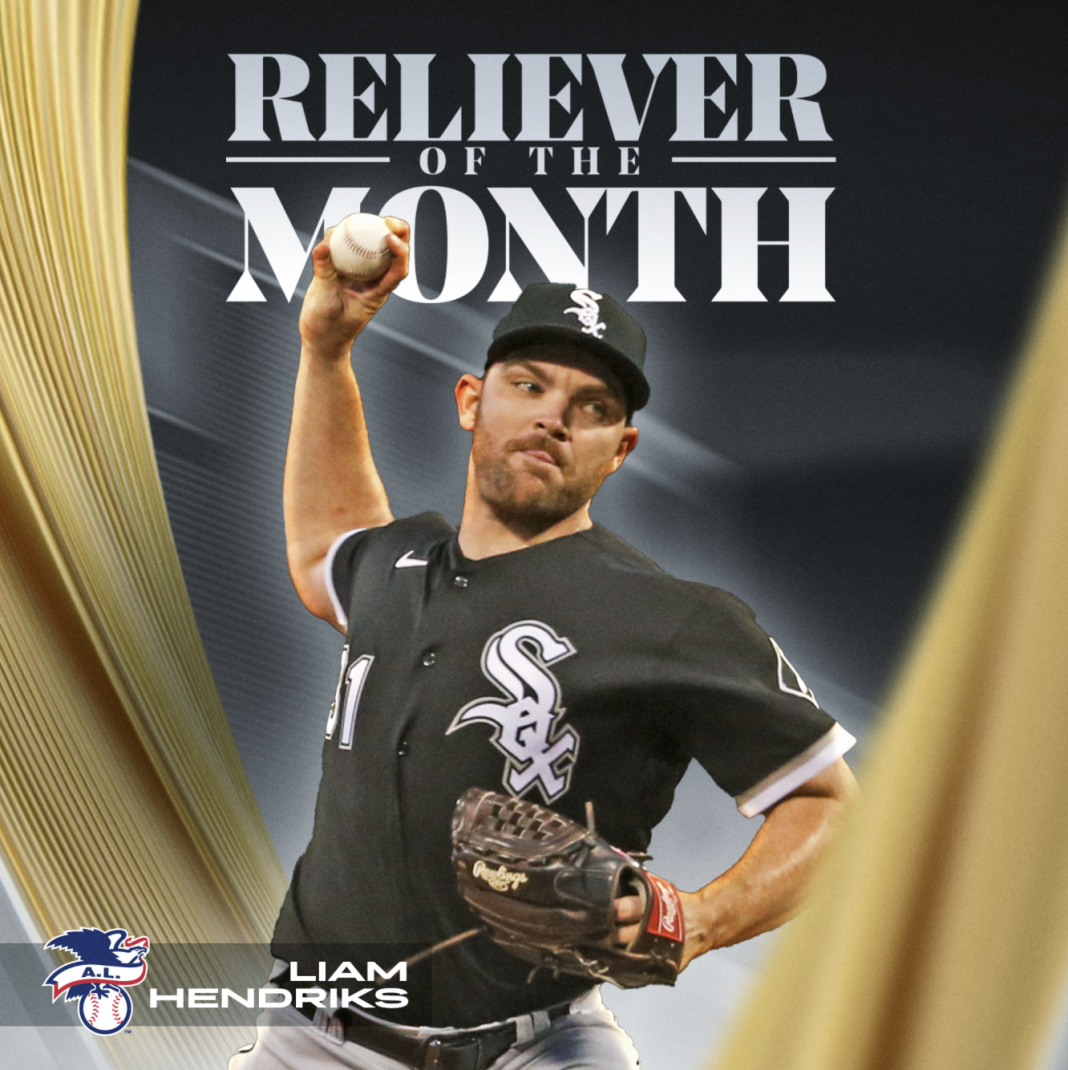 Liam Hendriks has been awarded the American League reliever of the month. Hendriks notched eight saves in May and did not allow an earned run in 11.2 innings pitched. His 0.00 ERA was also accompanied by 19 strikeouts.

Hendriks joins fellow Chicago reliever, Ryan Tepera of the Chicago Cubs as a reliever of the month. Tepera was awarded National League honors for his 0.61 ERA, seven holds, and 19 strikeouts in 14.2 innings of work. It’s a Chicago sweep for reliever of the month honors.

Tepera is part of a surprising story on the Northside. He has been the best reliever in a very good Cubs bullpen over the past month. Heading into the season it looked as if the Cubs had a patchwork bullpen that would be a weak point of the team. Instead, they have carried the freight and spearheaded a winning month that has slingshotted the Cubs into first place.

Your May Relievers of the Month. 🔥 pic.twitter.com/jCtCSimouK

The numbers tell the entire story. Hendriks was dominant. In a doubleheader against Baltimore, he faced six batters retiring all of them in short order. Out of the six batters, five were strikeout victims. It marked eight strikeouts, of the last nine hitters he faced. Liam Hendriks is the first White Sox to convert saves in both games of a doubleheader since Bobby Jenks on 9/4/2010 at Boston.

The next day he was called upon again and worked another 1-2-3 inning for his 13th save of the year. Hendriks became the first White Sox closer since Bobby Thigpen to record three saves in the span of two days.

In his previous outing against the Cardinals on May 25th, Hendriks entered the game with a bases-loaded, nobody out jam in the ninth inning. Hendriks was electric striking-out Lane Thomas, Max Moroff, and Tommy Edman. His stuff has been electric, blowing people away with his 98 mph fastball and buckling them at the knees with his sharp breaking slider.

After his escape act against the Cardinals, manager Tony La Russa outlined why the White Sox lean on Hendriks in crunch time.

“In two months, we’ve tested him in some really difficult situations,” La Russa said. “He has real good stuff. And he’s more than that. He’s a pitcher, with real good stuff. He has two or three ways he can go after a hitter. We are lucky to have him. It was a great move to add him to our bullpen.”

His success comes as no surprise. The past two seasons Hendriks led all relief pitchers in saves, ERA, and fWAR. He also ranked second in opponent OPS and strikeouts while finishing fourth in innings pitched. Following the 2020 season, he was named MLB Networks best reliever in baseball heading into the 2021 season.

This is the closer the White Sox envisioned when they inked Hendriks to a 54-million dollar contract. A brash closer who imposes his will on the mound. Punching out hitters then screaming like a maniac and doing a Connor McGregor walk for good measure.