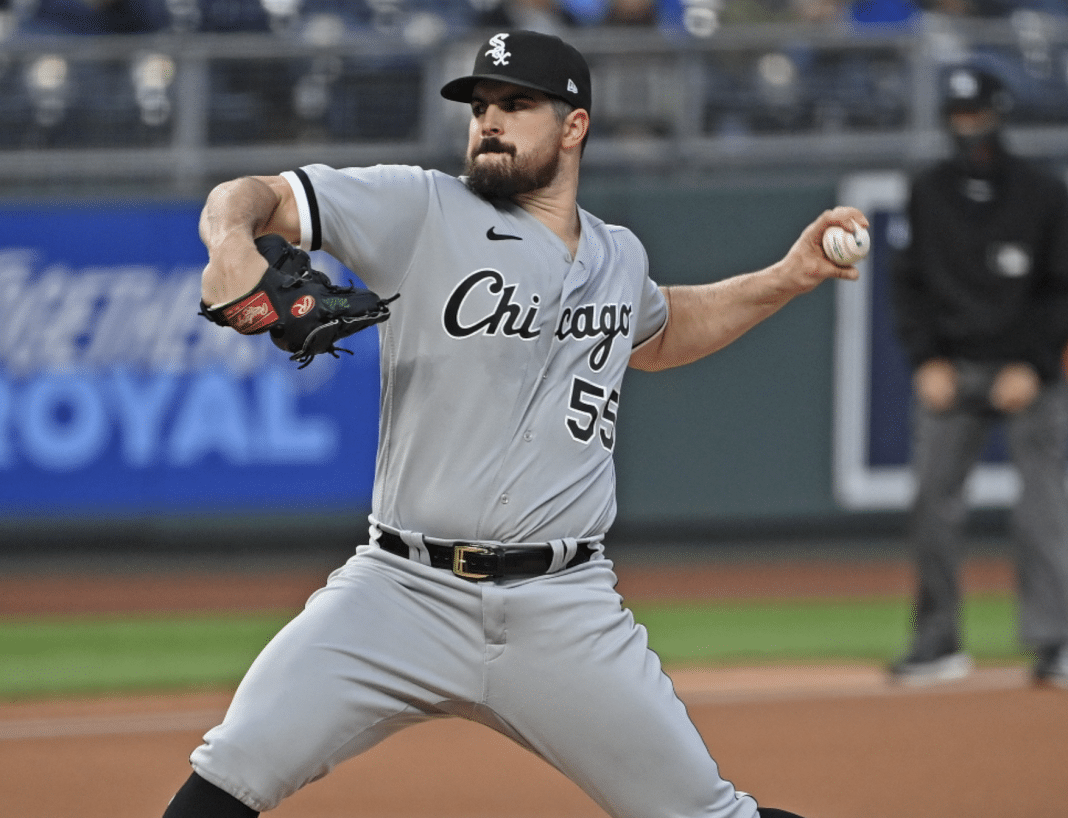 For the fifth time this season Carlos Rodón tossed a gem. This time the victim was the Kansas City Royals on Friday night. Rodón was excellent going six innings, with zero walks, zero runs allowed and eight strikeouts. It improved his record to 5-0 on the season and marked his third quality start. The White Sox are now undefeated every time Rodón has started.

He did what he has been doing all season, attack opposing hitters. He threw 65 of his 92 pitches for strikes. Fourteen of those were swinging strikes. His fastball was electric once again, with a couple humming in at 98 mph. The most notable pitch of the night came when he struck out Jorge Soler on a 98 mph fastball on a 3-2 count to keep the shutout intact.

Los is feeling it. #WhiteSox pic.twitter.com/6hnhy6EcJN

He also had his slider working. Outside of the fastball, the slider has been Rodón’s bread and butter this season. No major league hitter has been able to produce a hit off of it this season.  In 31 plate appearances ending on a slider he has yet to allow a hit this season.

With the victory, Rodón became the second pitcher in American League history to win, strikeout seven or more hitters and allow five hits or fewer in each of his first five starts of a season. The only other pitcher to accomplish this feat was Pedro Martinez in 2000. Rodón put himself on the map with a no-hitter against the Cleveland Indians on April 14th but his consistency has he has established himself as on of the games top pitchers this season.

His pitching lines this season tell the entire story.

Through five starts he has a microscopic 0.58 ERA which is the second lowest in the MLB. Only two earned runs have been allowed by Rodón all season. If you got a hit off of Rodón this season you should keep the ball. Opposing hitters are just 8-for-89 against him this season, which is just another stat to showcase his extreme dominance in 2021.

His numbers hold up against the rest of the league as well. Opponents are hitting just .114 against him which ranks first in the MLB. They are also slugging .162 off of Rodón which is also good enough for first in the MLB. He also ranks first in opponent OPS (.367) , hits per nine innings pitched(3.48), and is tied for first in fewest extra base hits allowed, with just 3 surrendered. If that is not enough, he ranks third in WHIP (0.68).

Rodón isn’t satisfied yet however. He is already looking ahead to his next start.

“It’s rewarding now” Rodón said after his start vs the Royals. “Just going to say it again:I just want to keep going throughout this whole season. Looking forward to the next start. It’s been fun.”

Rodón’s early successs has made a little White Sox history. He is the first White Sox pitcher to give up one earned run or fewer in his first five starts of a season since 1918. He has a very good chance to earn his first All-Star game nod. It is also time to start the campaign for Rodón to be a Cy Young candidate. The numbers don’t lie. He has been that good this season and is showing no signs of slowing down.