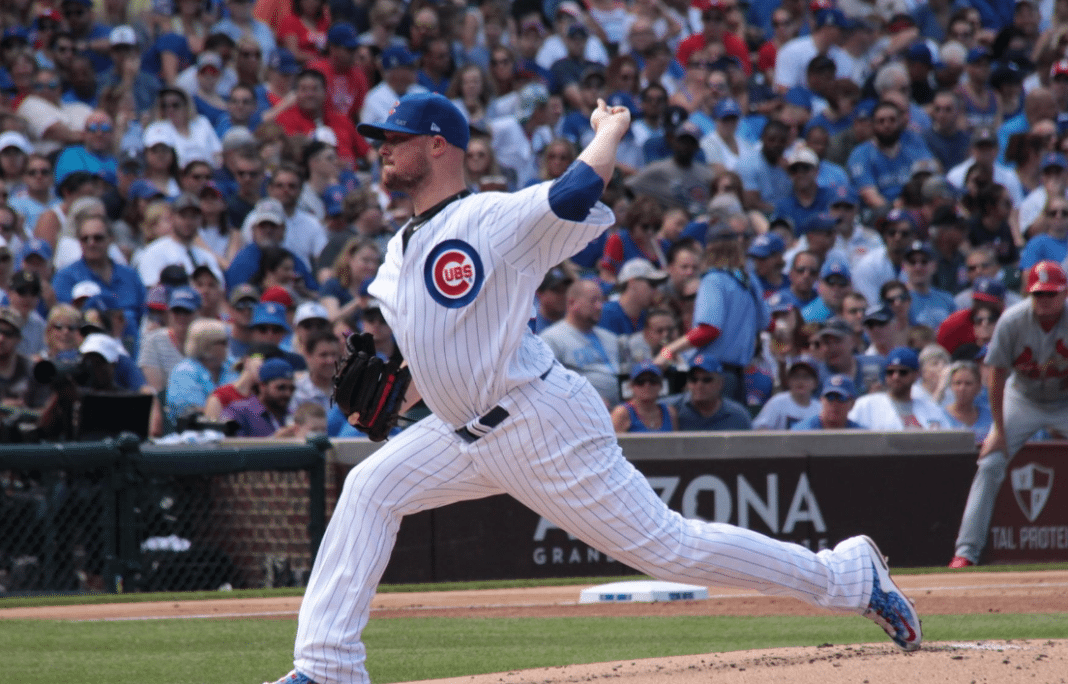 Jon Lester wanted to be a Cub for life. Instead he will leave Chicago with a sour taste in his mouth. Lester begrudgingly signed a one year deal with the Washington Nationals even though his heart remains in Chicago. Nearing the end of an illustrious career the veteran southpaw was not shy about his ambitions to retire as a Chicago Cub. He even approached the team early in the offseason with the hopes of returning on a cheap deal. A deal that was ultimately less than what he ended up signing for with the Nationals.

Say Goodbye To A Legend

If there was a player on the roster that deserved to end his career on the North side it was Lester. He was the first free agent to take the leap of faith and join the lovable losers. The Cubs had a losing record when Lester decided to join. The next season they won 97 games.  Lester changed the culture in Chicago. They rode his left arm to the NLCS in 2015. The following season they built on that momentum. Lester was a workhorse. He topped 200 innings for the second straight season and was named an All-Star. He came up clutch in the postseason winning NLCS MVP and punching the Cubs ticket to the World Series. You know how the story ends. He finished second in the Cy Young voting for his efforts. In 2018 he returned to the All Star game once again and finished ninth in the Cy Young voting.  In his six season in Chicago the Cubs never had a losing season.

His impact was also felt off of the field. He bought $47,000 dollars worth of beer for fans as a way to say thank you for their support. He provided meals for frontline workers at Advocate Aurora hospitals. His charity, NVRQT, also worked to raise awareness and funds to combat pediatric cancer. He was nominated for the Roberto Clemente Award for his philanthropic efforts.  After all he had done for the Cubs and the city of Chicago the front office rewarded Lester by kicking him to the curb.

After approaching the club about returning following the 2020 season Jed Hoyer was unable to make him an offer because the Cubs were strapped for cash. David Kaplan reported that the Cubs are a whopping 1 billion dollars in debt. A pandemic shortened season complicated matters when owners experienced losses in “biblical proportions”. The Cubs needed to cut cost. They ushered in the end of an era by dumping Yu Darvish, Victor Caratini and Kyle Schwarber off the payroll. Despite the financial crunch bringing back Lester was not unreasonable.

The Nationals only offered him $4 million dollars and Lester still gave the Cubs an opportunity to match the offer. The counter offer was “not close” and just like that the five time All-Star packed his bags for Washington.  This is a new low for a franchise that charges the most for its average ticket and just created their own Marquee Network.

Many fans will point to the fact Lester is coming off of his worst season. He had a career high 5.16 ERA. But the Cubs showed their hand when they traded Yu Darvish. Winning is not important to them in 2021. The Cubs were going to be paying Lester either way. He is owed $10 million dollars after the Cubs decided to buyout his contract. If they were going to be paying Lester regardless, they could have scrounged up an additional four million dollars for a player that helped them end an 108 year title drought. They owed it to a pitcher that had given the organization so much. That is not how you treat a five time All-Star and Lester deserved better. The Cubs should tread lightly. This sets a dangerous precedent for future free agents.

The garage sale in Wrigleyville will continue this offseason. Wilson Contreras and Kris Bryant will likely be the next to be dealt. It is time for the Rickets to sell the team if this is what it has come too. Cubs fans now get to watch in embarrassment as their once proud franchise takes a back seat to their counterparts on the Southside. 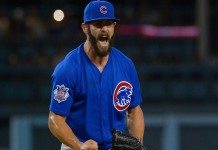 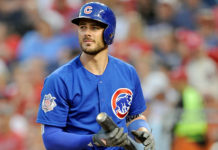