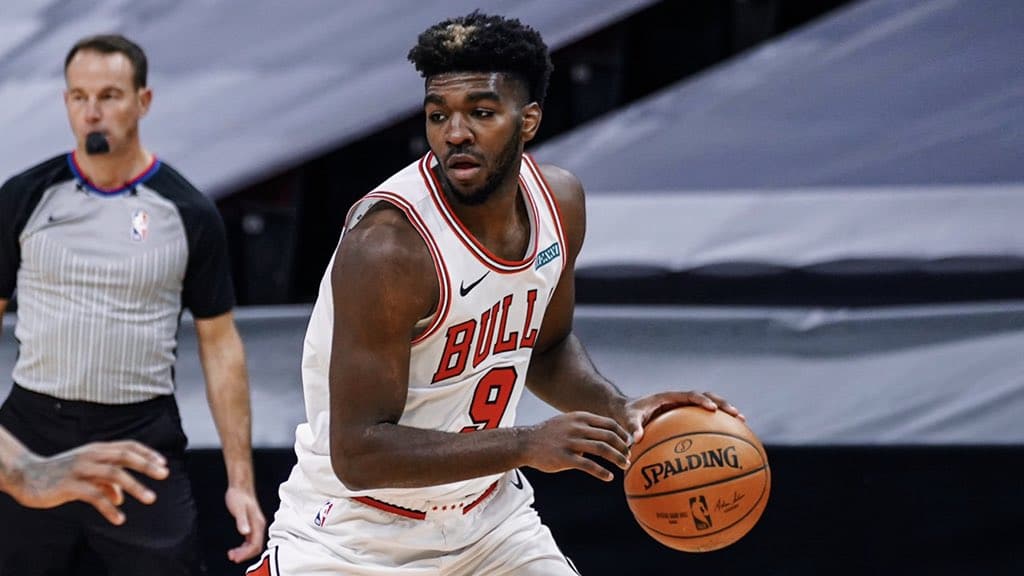 As the season came to a close the Bulls had their end-of-year press conference. Multiple players spoke and reflected on the past season. Many touched on what the future holds for themselves and the team. Bulls All-Star Zach LaVine spoke on what his plans were for the offseason. Beyond improving himself he plans to have two young Bulls players join him in training over the summer.

Zach LaVine says he has already extended invitation to Coby White and Patrick Williams to work out with him for stretches of the offseason.

And it sounds like an open invite to others on the #Bulls too.

LaVine wants to ensure he can improve as many players on the team along with himself. Taking young players like Coby White and Patrick Williams into workouts over the summer could be big for their development. White just finished up his second season in the league and at times he struggled. Williams just finished up his rookie season and naturally, at times he also struggled. Getting in some extra work with LaVine can only help with the development for both of these players. Beyond that, if other players end up working out with LaVine the team’s chemistry can only improve. It’s a win-win situation.

Hopefully, during this offseason, Patrick Williams can learn to change his mindset on the court. He has a ton of potential and skills he just needs to wield those as a weapon. Not only do the fans see it but his teammates know he has a high ceiling.

Thad Young on Patrick Williams: "When he gets that killer mindset in him, it's going to be trouble for a lot of people."

An offseason working with LaVine and other players will certainly help with that. The good thing is that Williams knows this. He plans to participate in the Bulls Summer League in August to continue honing his skills. On top of that, he touched on what type of player he wants to be in this league.

"… I mean I have everything on my side. It’s just up to me to put the work in each and every day, and focus in on the goal at hand. Just be as good as I want to be. The ball is in my court for sure."

He knows he has the backing of his teammates and coaches. He’s got the skills and athleticism to be great. Now he just needs to get that killer mentality to attack and be an offensive and defensive force. Expect a big summer for Williams. Hopefully, he can reach out to other players around the league to get a better idea of how to create that killer mindset.

The future with Coby White

So here’s where things can get a little bit dicey. Coby White is undoubtedly a good shooter. When he gets hot he can score with the best of them. However, the Bulls didn’t draft him with the intention of him being another shooting guard on the team. They want him to be the floor general. This season basically showed us he isn’t comfortable in that position. Over the course of the season, he did show improvement but not enough to be the only option at starting point guard. The bulls front office commented on the point guard situation in their end-of-season press conference.

Artūras Karnišovas: What is PG in the league these days? All PGs have to score. Coby fought for the starting job and showed some improvement. I’m expecting him to show up and be better next season.

This was almost a  cop-out answer from Artūras Karnišovas. While he’s right that Coby showed some improvement he’s not the answer at point guard. AK knows what a PG looks like in this league and he wants that in Chicago. Don’t be surprised if the Bulls bring in a PG this offseason. Coby could be a dynamic scorer coming off the bench with the second unit. Depending on what changes are made in the offseason he could also find himself in a three-guard starting lineup. A lot is to be determined this offseason however, I wouldn’t bet on White being the starting point guard.

LaVine is locked in

The league should be afraid. Very afraid.

Bulls fans can’t wait to see if LaVine takes another leap. This team has a lot of pieces currently that could make them good. It’s just a matter of if some of those pieces will take a leap next season. LaVine certainly isn’t the concern as he should have another great season for the Bulls. Hopefully, during this offseason, LaVine can take these young guys under his wing and help them improve their skills. The Bulls are expected to be a good team next season and for that to happen the young pieces will need to improve. This is going to be a big summer for these young Bulls players.