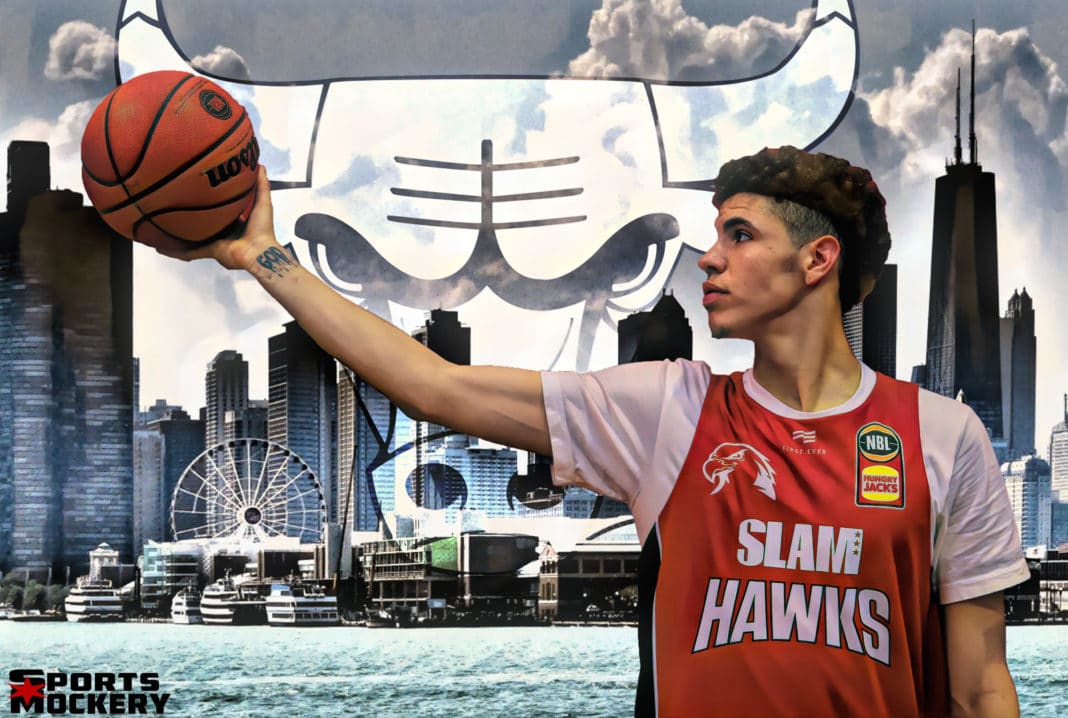 Most mock drafts for the 2020 NBA Draft have Illawarra point guard LaMelo Ball off the board in the top 5. The Bulls currently sit at the fourth spot in this year’s upcoming draft. If LaMelo were to fall out of the top 3 the question becomes should the Bulls take him? It’s time to dive into LaMelo’s strengths, weaknesses, and fit with the current Bulls roster.

For starters, LaMelo has great height and length for the point guard position at 6’7. This gives him the versatility to play at other positions if necessary.

If you have seen any of LaMelo’s film you know that he can score and create shots. If not, take a glance at what he has done in the National Basketball League this past year.

He is a proven scorer going back to his time at Chino Hills High School when he scored 92 points in a single game. LaMelo can shoot off the dribble and create his own shots which draws the defense to make sure he’s covered at all times. He can also drive to the bucket with a quick first step and blow past his defender.

His basketball IQ appears to be pretty high and he’s able to read defenses well. He’s good at getting the ball to the open man when help defense comes. LaMelo plays the true point guard position well and isn’t just looking to shoot at all times. He is a remarkable passer and knows how to get the ball to his teammates.

His stats from the NBL last season overall looked quite good. He averaged 17 PPG, 7.6 RPG, and 6.8 APG. One thing of note is that he managed to record these stats against grown men in the NBL. That is obviously something to take into consideration when it comes to LaMelo’s assessment as a player.

LaMelo’s most glaring weakness is on the defensive side of the ball. He tends to roam defensively while looking for that big play. At times it seems like LaMelo is looking to force a turnover for a runout opportunity instead of sticking with the play. On the defensive side of the ball, he’s also very reactive. He gets himself out of position quickly on pump fakes or jabs allowing his man to get past him. LaMelo also seems to struggle when it comes to switching on the defensive end. He gets tunnel vision on his man and at times doesn’t appear to want to switch which leads to wide-open shots for the other team. He OFTEN doesn’t look engaged on the defensive end of the floor, almost like it’s boring for him to play defense.

Another weakness comes from the three-point line. LaMelo Ball shot just 25% from three-point range in the NBL this past season. While he can create his own shots and score he struggled shooting the three this past season. LaMelo overall last season shot 37.5% from the field. Speaking of LaMelo’s shot there are concerns about his overall shooting form. His shot set point is a bit low and he can be seen fading on shots that don’t call for it. It’s a “swagger” that LaMelo has carried with him since his high school days. In his high school highlights, you can see him fading or doing things with his shot that aren’t necessary but make it look cooler.

LaMelo also needs to put on some more muscle/weight. His listed weight from last season was around 180 pounds which at 6’7 makes him thin. He has had quite a bit of time to put on more muscle going into the draft so we will see what his final weight rolls in at.

While LaMelo’s overall scoring ability is present he hurts the team in a major way with his lack of defensive skill. His skills worked well in high school and in other basketball leagues but how well will they translate to the NBA? LaMelo has been known to be a “curious” defender always looking to make that next big play. How coachable is a defender like that especially with those efforts being based on instinct?

Fit With The Bulls

Now that we have broken down some of LaMelo’s strengths and weaknesses let’s take a look at how he would fit with this Bulls team.

Let’s start by looking at the Bulls new head coach Billy Donovan. Billy Donovan’s playstyle is progressive, he likes to get the ball moving and keep defenses on their heels. LaMelo ball would probably do well in that style of offense since it tends to be a bit more up-tempo than a more traditional NBA style. However, Billy Donovan is also very focused on defense in his playstyle. In his time with Oklahoma City Donovan had a top 10 defense every year. The Bulls ranked 24th in team defense last season. Defense is a huge part of his team’s success and it would be hard to see him wanting to bring in a liability on defense that would need more time to develop.

One huge reason why Ball doesn’t make sense for this team is the makeup of the roster. The Bulls drafted point guard Coby White 7th overall in the 2019 Draft with the idea that he would be the teams starting point guard of the future. It would be hard to believe that the team would want to move on from that plan and go with LaMelo Ball instead. Last year White was underutilized by former head coach Jim Boylen. With a new coach running things, the Bulls can get a true sense as to what White will be able to do as a starting point guard. Due to the shortened season, the team wasn’t able to truly figure out Coby White’s role as the starting point guard. Brining in LaMelo would surely stunt his growth.

Beyond just Coby White the Bulls have two point guards in Tomas Satoransky and Ryan Arcidiacono still under contract. The Bulls also still have a decision to make when it comes to point guard Kris Dunn.  If the Bulls were to bring in Ball with the #4 pick it certainly wouldn’t be to use him as a bench player. This would ultimately keep White coming off the bench unless the team rolled out a three-guard lineup which is unlikely.

His fit with shooting guard Zach LaVine is intriguing and would take off some of that offensive load for LaVine. However, we have to continue to go back to the notion that we don’t know what White can do as the starting point guard just yet. Under a new head coach, we need to give White the chance to develop in the point guard role.

LaMelo Ball doesn’t make sense for this team and if he’s still on the board at #4 the Bulls should pass on him. He is a great distributor of the ball but he comes with a lot of areas that need work. There’s still a lot of offseason left so we could still see roster changes for this team. But with the current roster and head coach LaMelo Ball doesn’t look to be a good fit. The Bulls should set their sites on a more well-rounded prospect. 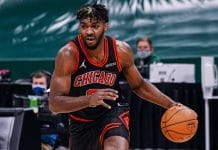