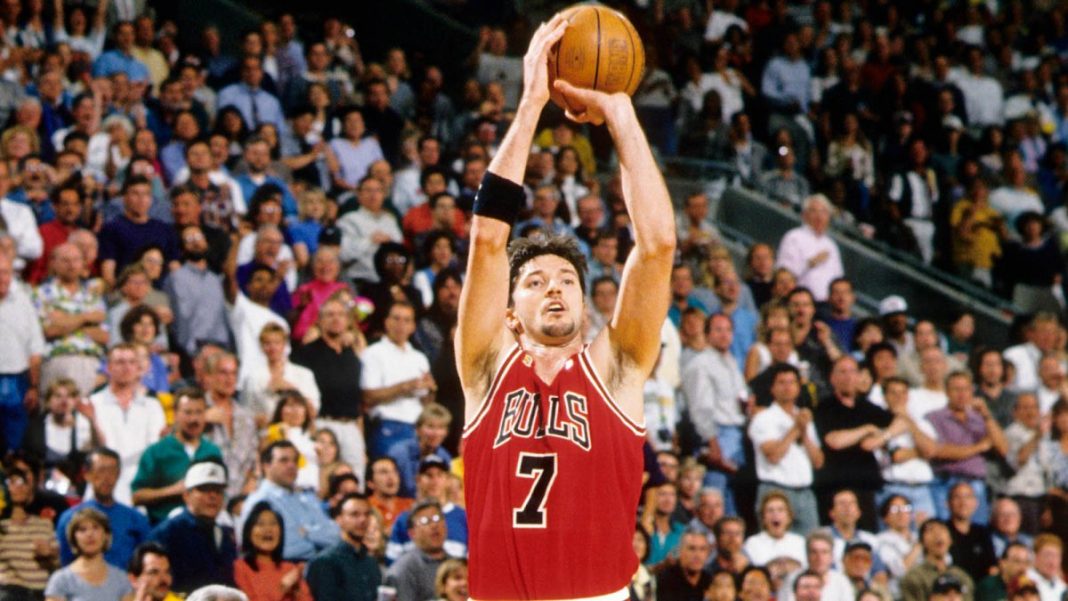 The 2021 Naismith Memorial Basketball Hall of Fame class came out yesterday. One name included in the list is a well-deserved former Chicago Bull. Former Chicago Bulls forward Toni Kukoč has officially been selected into the hall of fame. The Croatian Sensation got nominated by the international committee and can add HOF to his list of acheivements.

Toni Kukoc is headed to the Hall of Fame!#21HoopClass pic.twitter.com/ZvHdZyMlaZ

Kukoč spent a total of seven seasons with the Chicago Bulls. While being drafted in 1990 by the Bulls he didn’t officially come to the team until the 1993094 season. The Bulls were coming fresh off their first three-peat and Kukoč was a new fresh piece coming to the steam. In the three years after being drafted he competed in Europe while continuing to hone his skills. It worked out quite well for Kukoč who was part of the Bulls second three-peat. This is a well-deserved honor for Kukoč after an 18-year basketball career.

Kukoč by the numbers

In his professional basketball career, he played for 2 international teams and 4 NBA teams. He spent time with Chicago, Milwaukee, Philadelphia, & Atlanta. When all was said and done he averaged 11.6 PPG, 44.7 %FG, 4.2 RPG, & 3.7 APG. Kukoč played his best basketball with Chicago averaging 14.1 PPG, 45.8 %FG, 4.8 RPG, & 4.2 APG. A lot of the memories surrounding Kukoč with the Bulls include many clutch shots made by him.

One of the most clutch players in NBA history.

On a team with Michael Jordan, Scottie Pippen, Steve Kerr, & Dennis Rodman it was hard to make a name for yourself. Kukoč did just that and made himself known coming off the bench and being involved late in games. His time with the Bulls was something that fans will never forget. His NBA career overall was filled with well-deserved accolades.

The Hall of Fame call was the icing on the cake for his career.

Steve Kerr on Toni Kukoc: "We had a really good group of veteran role players. But we lacked the talent off the bench to really be explosive. We were a team that executed well. But what Toni gave us was that guy to play through when Michael and Scottie were off the floor."

He ran the Bulls bench unit and allowed them to never skip a beat. He kept the offense and defense running while Jordan and Pippen got a break. Kukoč allowed head coach Phil Jackson to execute his game plan with the bench unit flawlessly. It certainly helped that Toni was one of the first players of his kind, being a stretch four and all.

Bill Wennington on Toni Kukoc: "He was one of the first of his kind because he was a stretch four who could handle the ball and put it on the floor and finish at the rim or shoot the 3 on you. He was so versatile for a big guy."

Kukoč is comparable to Mavericks star Luka Dončić. They are both tall forwards who can step back and shoot against you or take you to the basket and score. Kukoč is just the first one to ever play like that at a high level in the NBA. The Bulls had so many great players that it’s easy for non-Bulls fans to forget about Kukoč. However, his impact on the forward position is something that should always be remembered.

Another Chicago Bulls Hall of Famer

You may see a lot of slander on social media currently about Toni Kukoč. The issue there is people don’t seem to remember just how good he was with the Bulls. They also don’t seem to know about his career in Europe. There’s a reason he is a 3 time European League MVP. This Bulls legend is certainly derserving of this honor. It was easy for Kukoč to be out shined playing with MJ and Scottie Pippen. That is a tough feat for any player. However, Kukoč made sure to make a name for himself in Chicago. He certainly did that and Bulls fans won’t ever forget it. The Bulls were a dominant force in the 90’s. Hopefully the team can get back to that in the near future. Until that point I will leave you with a reminder of just how smooth Toni Kukoč was.

In case you needed a reminder on how smooth Toni Kukoč was 👀 pic.twitter.com/DlZbrARzVs

Congratulations on the hall of fame career Toni Kukoč!